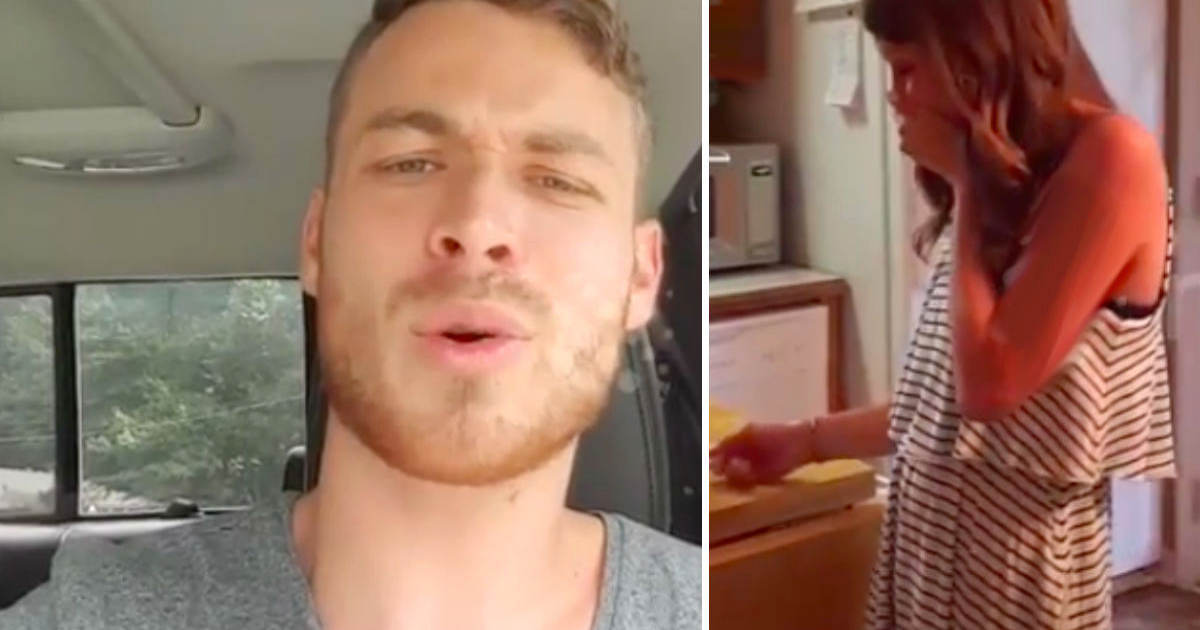 After Rachel Brummel gave birth to a third child, her husband, Tim, decided to have a vasectomy. But Tim soon noticed that something strange was happening to his wife. She seemed to be pregnant again.

To make sure, Tim hatched a secret plan to find out. And when he knew for sure, Tim turned on the video camera and revealed the good news to his stunned and overjoyed wife.

At some point, most of us have probably dreamed of becoming a parent. But for Rachel and Tim, this dream had already come true three times. They felt complete as a family of five, so in order to make sure that they didn’t have any more kids, Tim had a vasectomy.

Tim noticed that Rachel was acting like she did when she was pregnant in the past. She was hungry all the time and her mood swings were more pronounced than usual.

Meanwhile, Tim realized he had forgotten to visit his doctor for a follow-up appointment after his vasectomy. So he wasn’t actually sure if his surgery had been successful.

Soon Tim’s suspicion that his wife was pregnant grew so strong that he decided to find out the truth.

He rigged the toilet so it wouldn’t work. That way, when Rachel went to the bathroom, she couldn’t flush—and Tim could easily collect her urine and test it.

When Tim saw the result, he realized his suspicion was true. Rachel really was pregnant!

Tim knew that Rachel would be surprised, so he decided to have the cameras rolling when he told her the good news.

When Rachel came home, she had no idea what to expect. She found a note that says, “To My Baby Mama: If you ever worried that life would be a bore, put that fear aside, you are now a mommy of four.”

Rachel’s expression says it all! This video is definitely worth watching!

Share if you also loved everything about this pregnancy announcement!