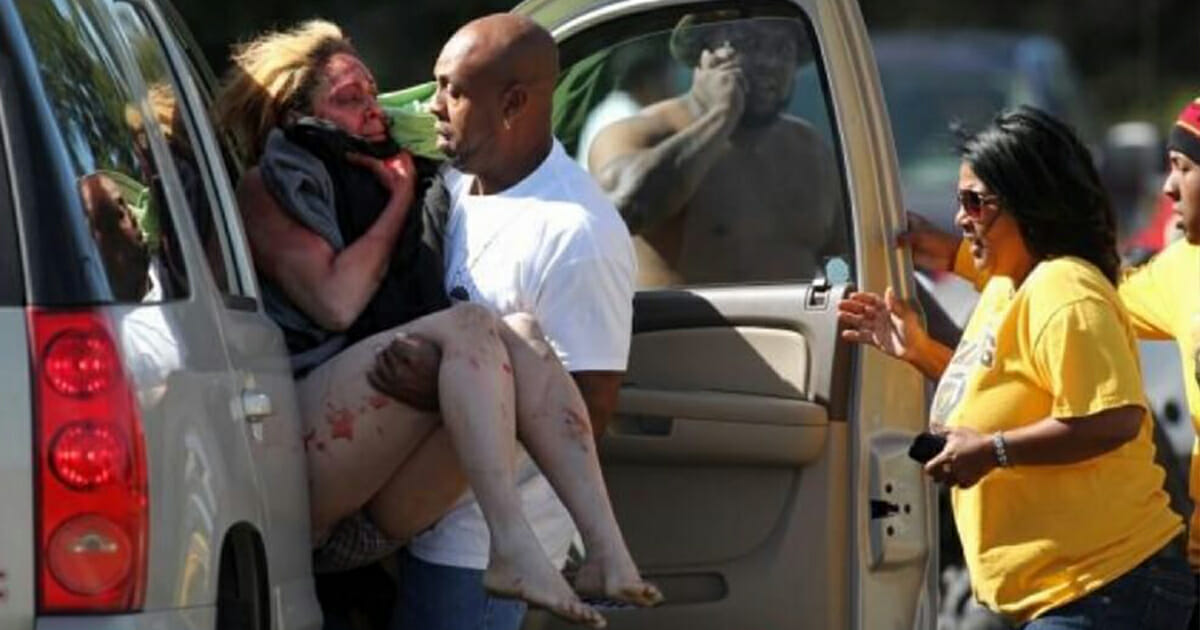 Getting involved in something that requires police intervention isn’t usually recommended. Of course, in the world we live in there are times during which it simply cannot be helped.

After all, try as they might the emergency services can’t be everywhere at once – sometimes calling 911 means a long wait that could cost someone their very life.

Such was the case with Bethany Arceneaux, a 29-year-old single mom from Lafayette, Arizona, who was abducted. After three days, and a fruitless police search, her family decided it was high time to get involved themselves. Little did they know how the scenario would play out …

All that matters!!! My Aiden Scott Thomas!!!!

Their first lead was an associate of Arceneaux’s, Derrimetrie Robinson. Robinson had seen her in a parking lot, honking her car horn in alarm as she was being dragged from the driver’s door by her ex-boyfriend Scott Thomas (whom she had a restraining order against).

Robinson rushed to the rescue and Arceneaux begged her to take her 2-year-old son. Robinson did so, only after she’d managed to get hold of the young one, she witnessed Thomas throwing Arceneaux into the back of his vehicle and speeding away.

Her family started their search by posting flyers around the town. Police were able to locate Thomas’ Buick in a field, but there was no sign of either he nor Arceneaux.

With police struggling to track the pair down, Arceneaux’s family knew things were growing dire. It was then, though, that some witnesses approached them with information about an abandoned house situated near the field where the car had been discovered.

Six members of Arceneaux’s family, as well as a neighbor and another friend, went directly to the house. No sooner had they arrived than did they hear screams coming from inside – they instantly recognized the voice as Arceneaux’s.

As per Arceneaux’s brother, Ryan Arceneaux, he and his brother Kaylyn Alfred kicked down the front door and entered to find Thomas in the process of stabbing their sister. Arceneaux was already injured, and one of the family members fatally shot Thomas before he could do more damage.

Thankfully, Arceneaux survived her terrifying ordeal. In addition, no charges have been filed against any of the family members for acting to save a loved one who would almost certainly have died without their help.

Thank God the scenario had a positive outcome. We wish Arceneaux all the best in the future.

Share this article if you’d never give up searching for a missing loved one!