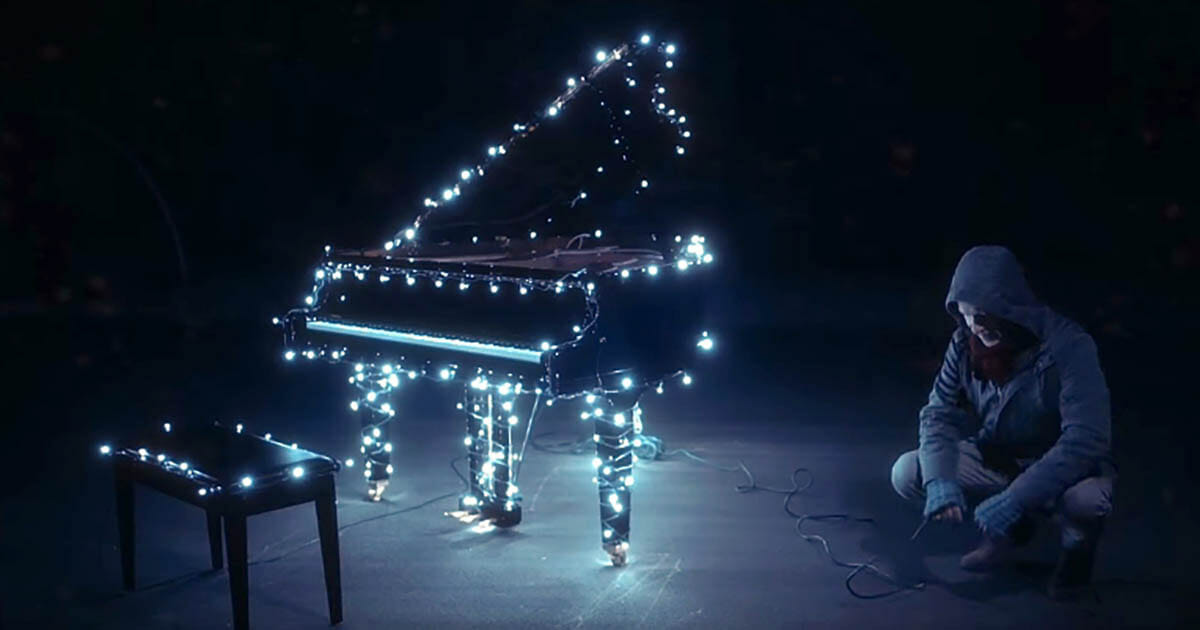 When it comes to unconventional performances, The Piano Guys really have it down.

We’ve seen them playing on the Great Wall of China, at the summit of the Corcovado mountain in Brazil and in the rolling hills of rainy Scotland.

After all that, one might be forgiven for not expecting too much from their latest video – one that sees them playing in your average American neighborhood.

In the midst of quaint houses, though, The Piano Guys once again prove to us that surprising performances are their bread and butter …

After spending days setting up their equipment and making their set, it’s time for the guys to bring some Christmas cheer into the world.

The performance – and the accompanying light show – is a spectacle to behold. That’s especially true when you consider that The Piano Guys astonishingly used more than 500,000 Christmas lights all told!

Yes, 500,000. That means there was more than 46,000 watts of electricity buzzing around as they performed. And the best thing? The lights were synced with the piano keys, meaning the light show was actually controlled by the guys themselves.

Using a multitude of camera shots, including a drone that helps to capture the sheer scale of the project, The Piano Guys caused quite the ruckus. So much so, in fact, that the police were actually called to the scene in order to investigate a ‘disturbance’.

Fortunately, the arriving officers allowed the team to finish the music video – something we’re all very thankful for.

Since being uploaded, the clip in question has spread like wildfire on the web .. and it’s not difficult to see why.

Check out the video for yourself below:

We know right, simply magical. If you weren’t in a festive mood before, you most certainly should be now!

Did this video warm your heart? If so, share this article on Facebook so your friends and family can see too.