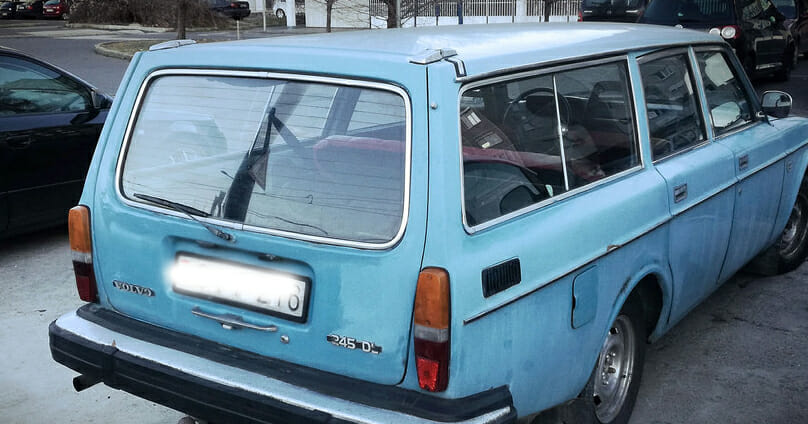 Life’s not always sunshine and roses. In fact, a lot of the time it can be tough and unfair.

You might not have experienced difficult patches yet, but you can be certain they’ll come around sooner or later. No one goes through their entire life without battling through a crisis.

During these difficult times, support and love are vital. They’re the only things that can strengthen and comfort us in the darkest of times.

Whether they come from your family, friends, pets or even complete strangers: Small acts of kindness always make a big difference.

To be left by your husband to raise 6 children alone is, fortunately, quite rare. That said, there’s probably a lot of us who have been left let down by someone we loved.

Perhaps that’s why this fictional story struck such a chord in my heart, because I could really relate to it.

It’s the message that’s most important; the moral of the story something we can all learn from. Please, help us spread the word further by sharing.

Mom on her own

September 1960. I woke up one morning with six hungry children and only $1 in my pocket. My husband – and the father of my children – had left me without a trace.

My boys were between three-months and seven-years-old – their sister was four.

Maybe it wasn’t such a bad thing. The children’s dad had never been a good father – everyone felt fear when he was around. The children used to hide under their beds when they heard his car pull into the driveway. That said, he did bring money in every week so we had enough to buy food.

Now that he’d decided to leave, the anger and the aggression would surely disappear. Unfortunately, so would the food.

There may have been a welfare system in the country at that time. If there was, though, I wasn’t aware of it. I certainly couldn’t have asked for money.

So, I cleaned the children so they looked nice, then I donned my finest dress. I put the children into our rusty old 1951 Chevrolet and drove off in search of a job.

I visited every factory, shop and restaurant in our small town. I was met with no success.

Wherever possible, the children waited in the car and remained silent while I tried to convince managers that I would be willing to learn anything, do anything. They only had to give me a chance.

After everything, however, there were no vacancies.

The last place we tried lay a few miles outside of town. It was an old restaurant that had been converted into a long-distance cafe. It was called “Big Wheel”.

An old woman – everyone knew her as “Grandmother” – owned the place. She peered suspiciously out of the window as we arrived.

It transpired she needed someone to cover the night shift from 11pm to 7am.

She paid about $5.40 an hour and was willing to let me start straight away.

I literally ran home and immediately called the teenager who lived on our street. She had babysat for us before, and I agreed with her that she could sleep on my couch for $18 a night, so long as she made sure the children went to bed.

She thought it all sounded OK, so that particular issue ceased to be a problem. That night, when the children were getting ready to go to bed, I thanked the powers that be for giving me a way to make our living.

Then I started working at the “Big Wheel”. When I got home the next morning, I woke up the babysitter and sent her home with her salary. It turned out to be around half of what I had earned.

As the weeks rolled by, heating costs went up in the house. We lived on the edge of our means, and, in addition, the tires on our old Chevvy were extremely old. I had to fill the tires with air on my way to work, and then again when I was coming home.

One particularly bleak autumn morning, I went to my car to leave work for home. I found four new tires on the backseat. Brand new! There was no message or note. There was nothing in the car. Nothing, aside from four nice, new tires.

“Are there really angels in our city?” I wondered to myself.

I thus made an appointment with the local gas station. In exchange for mounting the new tires, I would clean the manager’s office. I remember it took me a lot longer to scrub the floor that it did for the company to change the tires.

During this period, I was working six nights a week instead of five, but finances were still an issue. Christmas was fast approaching, and I knew there would be no money for gifts for the kids. I did find a can of red paint, and began to repair and respray old toys that I intended to rehash as new presents. I hid the toys in the basement, so that Santa could ‘deliver them’ on Christmas Day.

Clothes for the kids also began to become a concern. I tried to repair the boys’ pants, but it was only a matter of time before they were damaged beyond my ability to fix them.

I worked the night of Christmas Eve and the regular customers sipped their coffees at the “Big Wheel”. There were long-haul drivers – Leif, Frank and Jim – and also Joe, the traffic officer.

Some musicians came by after performing at a place nearby. They spent most of their time playing on our pinball game.

When it was time for me to go home at 7:00, on the morning of Christmas Day, I saw there were a number of packets in my old Chevvy. It was filled with boxes, in fact.

I quickly opened the door and began to shuffle things around in the back seat. When I opened the first box, it was full of blue jeans of all different children’s sizes. I opened another box, this one full of shirts and sweaters.

Then I looked in some of the other boxes.

Then, in the last package, I found five toy cars and a beautiful little doll…

As I made my way home through empty streets, the sun slowly rising over the city, I wept tears of gratitude. I will never forget the faces of my precious treasures that morning as they got their presents.

Yes, there were in fact angels living in our little town a long time ago in December, 1960.

They just spent their time at the “Big Wheels” cafe.

Don’t forget to hit the SHARE and LIKE button if you were touched by this great story!