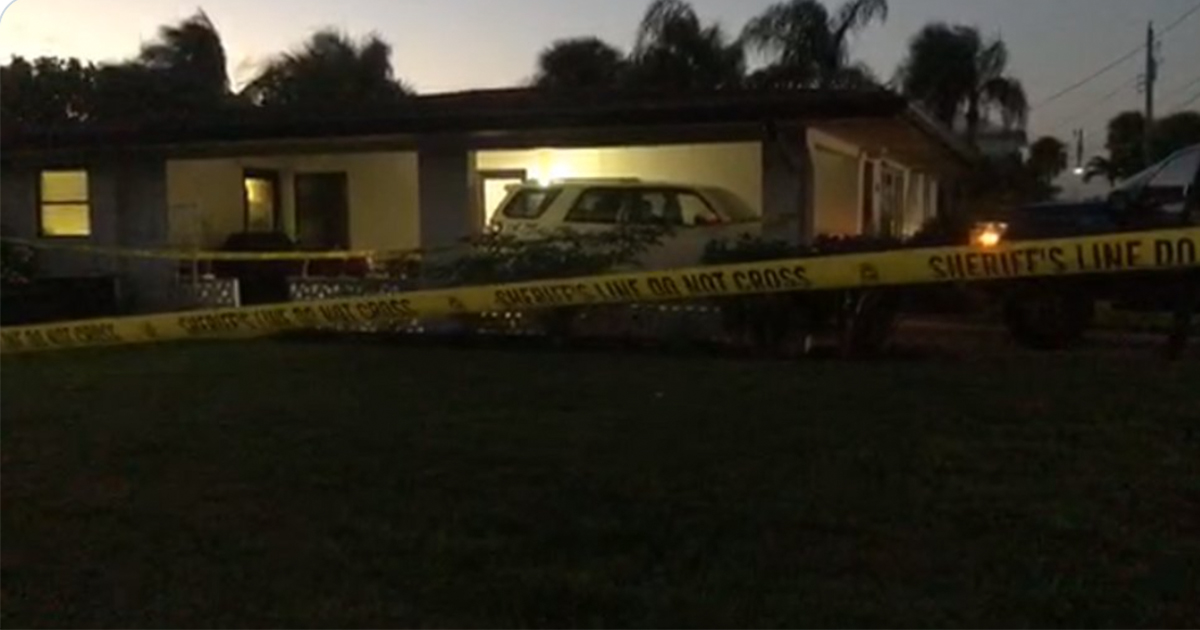 A pregnant woman has died after being shot by her husband in her own home during what he thought was a home invasion, according to tragic reports.

Sheriff’s officials have said that the man, from Stuart, Florida, heard what he thought to be an intruder outside his bedroom door at around 1:30 a.m. on Wednesday.

Without realizing his wife wasn’t in the bedroom, the man opened the door and fired his handgun. Panicked, he then called 911 and informed dispatchers that he accidentally shot his pregnant wife.

Martin County Sheriff William Synder said that the woman was rushed to a nearby hospital, but later died of her injuries.

Synder said: “He gave us a pretty in depth statement, in which he said that he awoke in the middle of the night, thought he heard somebody in the house, went to investigate with a handgun, saw a shape in the hallway and fired one round and unfortunately, it turned out to be his wife.”

Reports state that doctors were able to save the unborn baby – the mom had been six months pregnant – and an investigation is now underway.

“This is a nightmare case,” Snyder continued. “You know somebody who thinks he’s defending his home, actually shoots his wife.”

Deputies confirmed the couple’s 2-year-old child was also in the home at the time of the shooting.

“So, though we do have a good statement from him, we don’t take anything to face value and we’ll continue investigating through all backgrounds; there’s a lot of investigative steps that we’ll have to make sure that he’s telling the truth,” said Snyder.

The sheriff went on to warn others about the use of guns in their home.

“When you have a home where you have family members, you have to be even more careful and wait that extra second and do everything you can to make sure you know what you’re dealing with when you’re about to use deadly force.”

My heart breaks for this family. If what the husband says is true then he has lost the love of his life through a tragic accident.

Thank god the baby was able to survive, but now it will grow up without its biological mother.

Please, share this article to send prayers of support where they’re needed, and to remind others to always exercise the most extreme caution when handling a firearm.