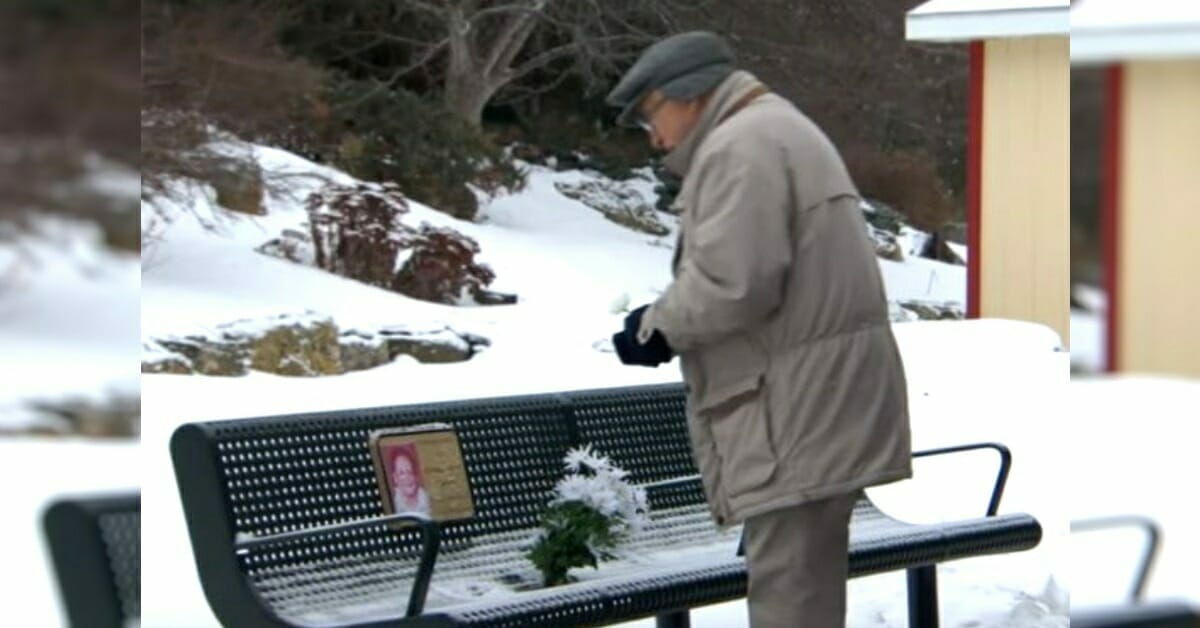 Bud Caldwell’s deep love for his wife Betty transcended decades, continuing to burn brightly after she passed away.

His wife’s favorite song was “Daisy a Day”, and he ensured it was played many times during the course of their 56-year-long marriage.

Bud used to try and surprise his wife with bouquets of daisies when he could, sometimes breaking into the song as he handed them to her.

Sadly one day in 2013, Betty passed away. Bud was left alone.

Yet Betty always remained on his mind; he always kept her close to his heart.

As a way of showing his lasting love and admiration for Betty, Bud bought a memory bench at Lakeside Park in Fon du Lac, Wisconsin.

The bench includes a small plaque with Betty’s picture, and some information about the woman Bud was proud to call his wife.

Every day, Bud visited this memorial bench to honor and cherish his wife. Often he would just sit, singing her favorite song. He talked to her about the ongoings of his life; about the weather, what was going on in the world and how much he missed her.

But when snow began to fall and winter arrived, it was made harder for Bud to visit Betty’s bench. It became difficult for Bud to lay flowers or even show his love as he would like.

On one particularly snowy day, Bud could only stand on the sidewalk and watch the bench from afar; the snow was simply too much for him to manage.

Little did he know that two strangers had noted Bud’s daily ritual and decided, in secret, to help.

Just watch the CBS news report below to see the selfless action that left me in tears.

It’s a story of love, kindness and two park staffers who will restore your faith in humanity.

There remain wonderful people out there after all. These guys didn’t have to strive to clear a lonely road in the middle of a deserted park, but they did it for Bud.