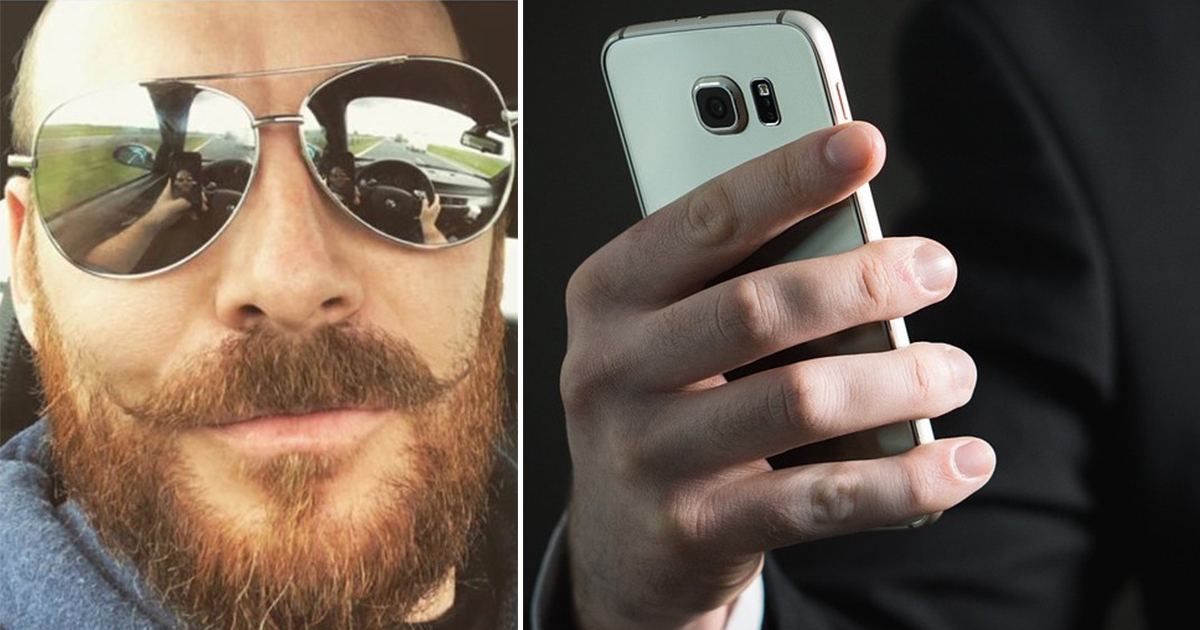 When you’re taking a selfie, you probably focus most your attention on your face and not so much on the background. Or at least I do.

But a British man’s selfie shows that it’s important to remember what’s happening in the background when you’re taking pictures. Because sometimes what’s happening behind your face could actually be dangerous—or even lead to a expensive fine.

The day before Pete Hemsley got married, he received a call from the police saying they had seen his selfie.

Earlier that day, Pete had posted a close-up of himself on Twitter. But his selfie showed perhaps a little bit more than he intended to reveal. And it unintentionally proved that he had broken the law. Can you see the evidence?

“Last night as single man. Married man as of tomorrow. Scary times. Can’t wait to marry my princess. So beautiful,” Pete wrote on Twitter. But his post cost him hundreds of British pounds.

In Britain it’s illegal to take selfies while driving. So when the police were notified about the picture, they tweeted back at him, “We didn’t receive our invitate to the big day, but we’ll send a little gift anyway… to the value of £200 and six points.”

The police are convinced that there are more people out there like Pete who could destroy the lives of others while they’re busy taking pictures while driving, writes The Daily Mirror.

Being fined £200 for a selfie might seem excessive, but the police did it to set an example for others. Please share if you think the police did the right thing to punish this driver for taking a selfie while driving.