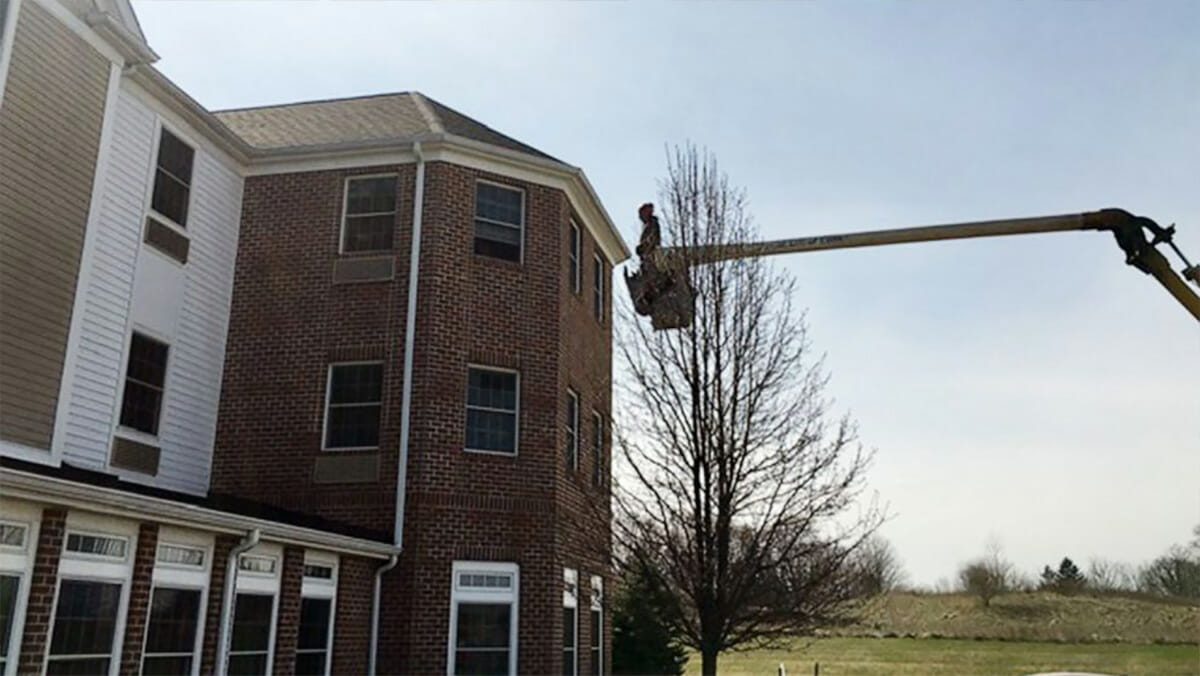 Keeping our older and weaker loved ones safe is a priority during these uncertain times but not being able to hug them or even visit them is so tough on families.

For Ohio man Charley Adams his mom was living on the third floor of an assisted living home which is locked down amid the coronavirus crisis.

He usually saw his 80-year-old mom Julia Adams twice a week and took her to lunch or dinner, but the facility isn’t allowing any visitors so he decided to get creative.

Charley, who works for a tree preservation service, used his company’s bucket truck so he could reach her window and wave at her, all while keeping a safe distance and respecting the facility’s rules.

“[My mother] kept calling me and saying she wanted to go out to dinner,” Charley told GMA, “I kept explaining to her, ‘Mom, that’s not possible … you can’t do that right now.’ She was getting a little bit frustrated and disappointed.”

When Charley’s mother saw him at her third-floor window, she was surprised.

“She [said], ‘Oh, my awesome kid, what are you doing?’” according to Charley, who said his mother calls him “awesome kid.”

“[My mother] loves trucks. When I was a little boy, she used to take me to look at trucks, tractors and other equipment,” he added.

His story is spreading fast across social media and Charley says he hopes it can bring some cheer to people’s lives.

“[Friends and family] are calling her. It’s been really great because all of the phone calls really cheer her up,” he added.

“If this little story can make somebody, even if it’s just for two seconds, smile. It means we’re doing something right.”

It’s hard being away from loved ones but hopefully Charley’s actions can spread some joy during these difficult times. Please share.