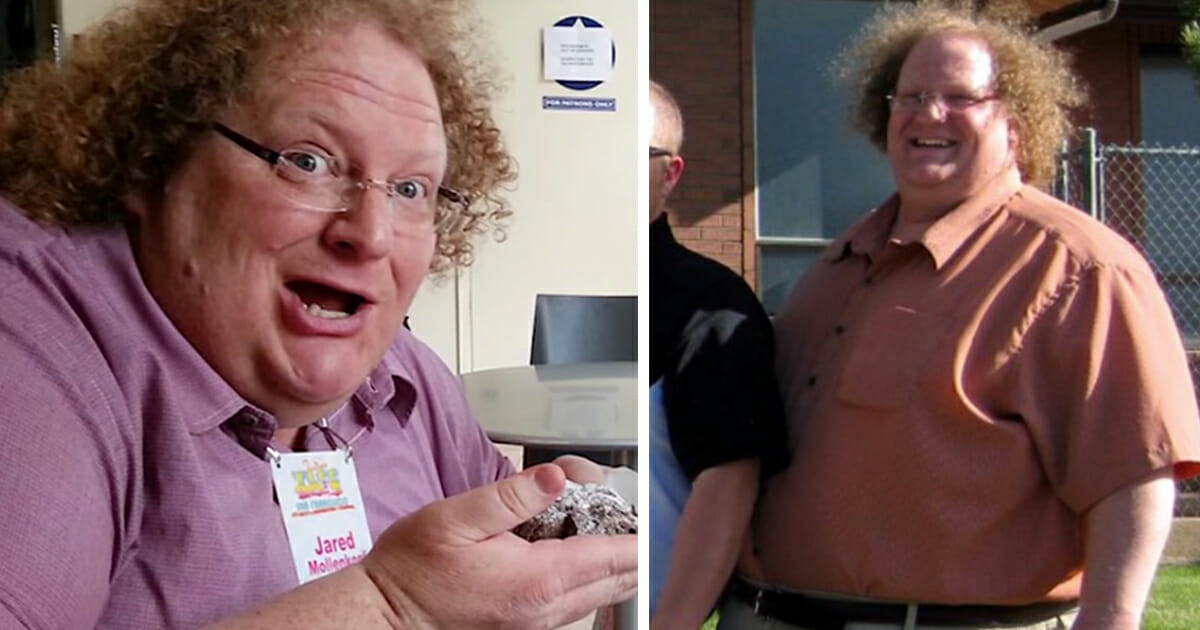 When you suffer from obesity, so often you end up in a downward spiral. Amongst other things, obesity makes you feel depressed, which can make you turn to food for comfort, thus exacerbating the problem.

It’s difficult not to have as much freedom as others when it comes to moving around and participating in physical activities. No one wants to be the one watching on while their friends have fun.

Of course, breaking old habits is generally a very hard thing to do, especially when your body impedes you physically.

When Jared Mollenkopf turned 40-years-old, he weighed over 500Ibs.

He was unhealthy, unhappy and simply tired of his condition. He couldn’t perform at work; he was too tired to sit for eight hours and do his job. He was also forced to buy the biggest possible size pants at the local XXXL clothing store.

Jared realised something had to change…

“”I’ve been fat my whole life. Every day I’ve woken up heavier than I was the day before. It was a fact in life and I accepted it,” Jared explained in a blog post.

Although he knew that obesity was the source of his suffering, Jared did nothing to change things. But why did he put up with it?

“Because for a long time I had no interest in changing. I knew when I sat down to eat a carton of donuts that would make me fatter, that my back would take even more damage and make it even harder to get up and move,” says Jared.

Then, one day, when Jared turned 40, something “clicked” in his head. He decided enough was enough. He began to train, eat the right foods and lose weight. A big part of his success was a special form of yoga; one that combines yoga with a traditional regime and rehab training.

The exercise is easy on the joints, but at the same time enough to help the body lose fat and grow muscle. It was the ideal workout for Jared.

Although the beginning was difficult, he wasn’t discouraged. In just nine months he lost almost 200Ibs! When Jared shared his weight loss story, which had been achieved in the main by practising the aforementioned specific form of yoga, Joseph couldn’t believe his ears.

Nine months later, Jared was invited to Joseph’s yoga center to take part in exercise videos. His story can be used as inspiration for anyone who is struggling with weight issues.

Jared usually finishes his exercise videos with an old Chinese proverb: “A journey of thousands of miles begins with a single step.”

Truer words were never spoken! Take a look at Jared’s amazing journey in the incredible video below:

What an impressive feat he accomplished! A huge congratulations to Jared.

Jared is aiming to spread his story far and wide so that it can inspire others to take control of their lives and make the necessary changes to accomplish their personal goals.

Hit the SHARE button below if you think Jared should be proud of himself!