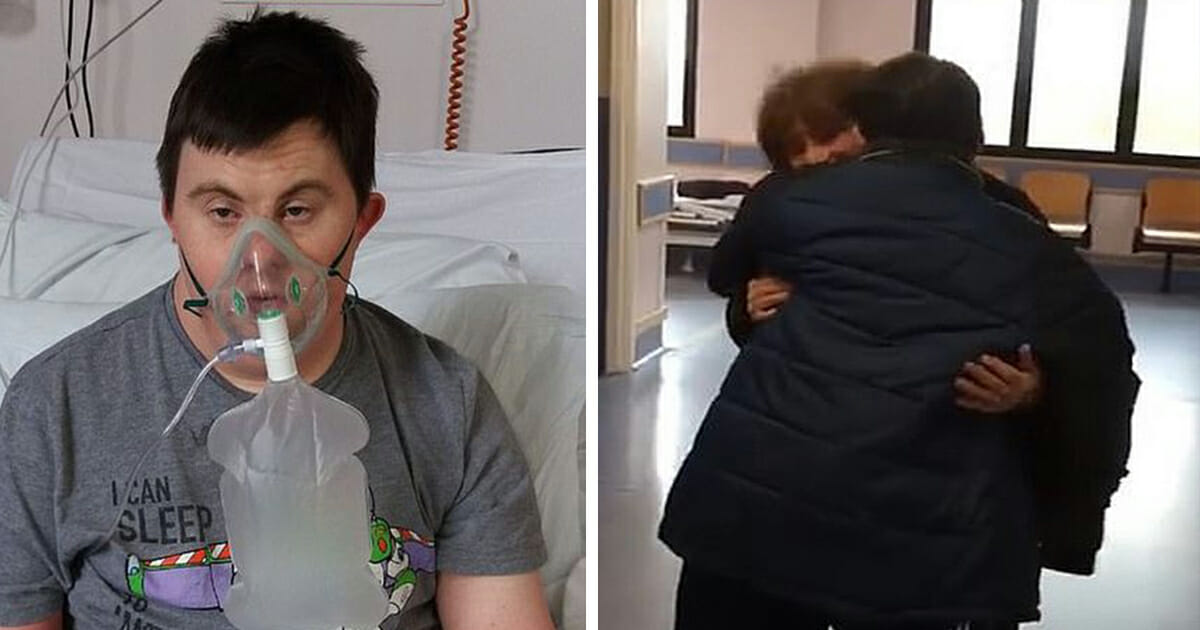 The coronavirus pandemic may have half the world having to adapt to a new way of living, but even in the midst of such an outbreak there are still positive stories to be found.

A man with Down syndrome has won his fight with COVID-19 after doctors estimated he only had 24 hours to live.

As per the Daily Mirror, Ben McCafferty, 34, reunited with his family on Saturday having spent two weeks in hospital in West Yorkshire, England.

Ben’s stepfather Neil was filmed in the end of life ward as his stepson prepared to go home after defying the odds.

In the film, Ben can also be seen sharing a tearful reunion with his mom.

Neil tells the camera: “Ben came in a fortnight ago really poorly and we didn’t expect him to survive.

“We were told the survival rate was going to be very low.

“But with the staff and the help and the support that he has had, he has come through and he looks to be fully fit and raring to go.”

Karen Dawber, head of nursing at Bradford Teaching Hospitals, said Ben was placed into palliative care because he wasn’t expected to live for 24 hours.

Remarkably, his condition began to improve and he was able to go home – he received from nurses lining the corridor on his way out of the hospittal.

Given the bleak news and troubling updates that now seem to be a daily affair around the world, this story of Ben’s recovery from the brink bears extra significance.

Congratulations on winning your fight, Ben! We can only imagine how happy your family are.