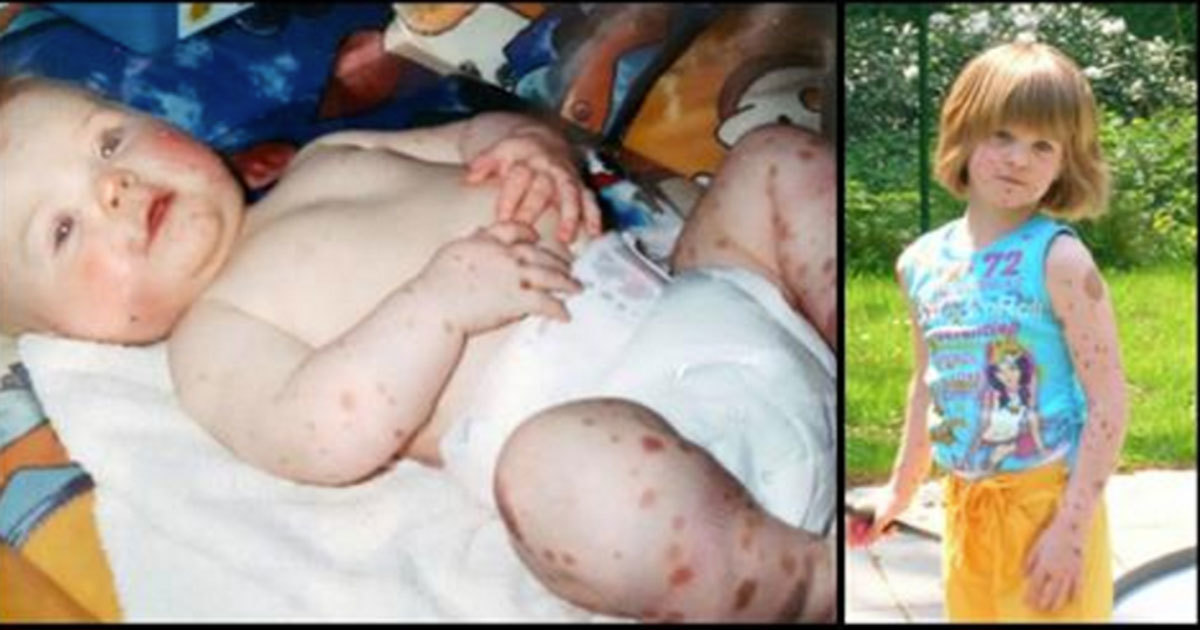 Bullying is one of the worst things I know. I myself have seen it when I was in elemtary school, so I know first hand how much damage it can do.

Marika Nagy from Germany was bullied throughout her childhood because she looked different. She was born with hundreds of large birthmarks on her body.

But luckily she was able to gain her confidence back, thanks to her interest in acting. She hopes to work as a professional actress and through her work help others who have been bullied.

Marika Nagy was born with birthmarks over 60 percent of her body. The doctors were worried that she would develop skin cancer and surgically removed several major birthmarks from her body. In totalm Marika underwent seven operations.

Marika’s surgeries went well, but the older Marika gre, the more marks appeared on her face, arms and legs. She was thus different from the other children at school and was bullied for several years.

“I had a difficult time at school and didn’t have any friends. Girls cornered me in the corridor and called me ‘”ugly”. Sometimes they’d push and kick me,” she told the Daily Mail.

Because of the bullying Marika had very low self-esteem.

But everything would change when Marika began attending theater class. Suddenly, she began to see herself in a different light.

“I loved drama at school, as it meant that I could pretend to be someone else. For a few hours, I wasn’t Marika the birthmark girl – I was someone happy, or interesting or fun,” she said.”

‘Fake it Until You Make It’ an expression goes – and this worked well for Marika.

Suddenly she did not have to play the role of a happy person – she was in fact happy.

Theater and acting had given her confidence and it was not long before she learned to love her body exactly as it was.

Today Marika is 19-years-old and lives in Manchester, UK. She dreams of becoming a movie actor and hopes to be a role model for children and young people with low self-esteem. She wants to show them that it is possible to succeed even when you are different.

Do you agree that Marika is beautiful just the way she is? Please share this article with your friends.

Hopefully we’ll see her in films in the future! Good luck Marika!