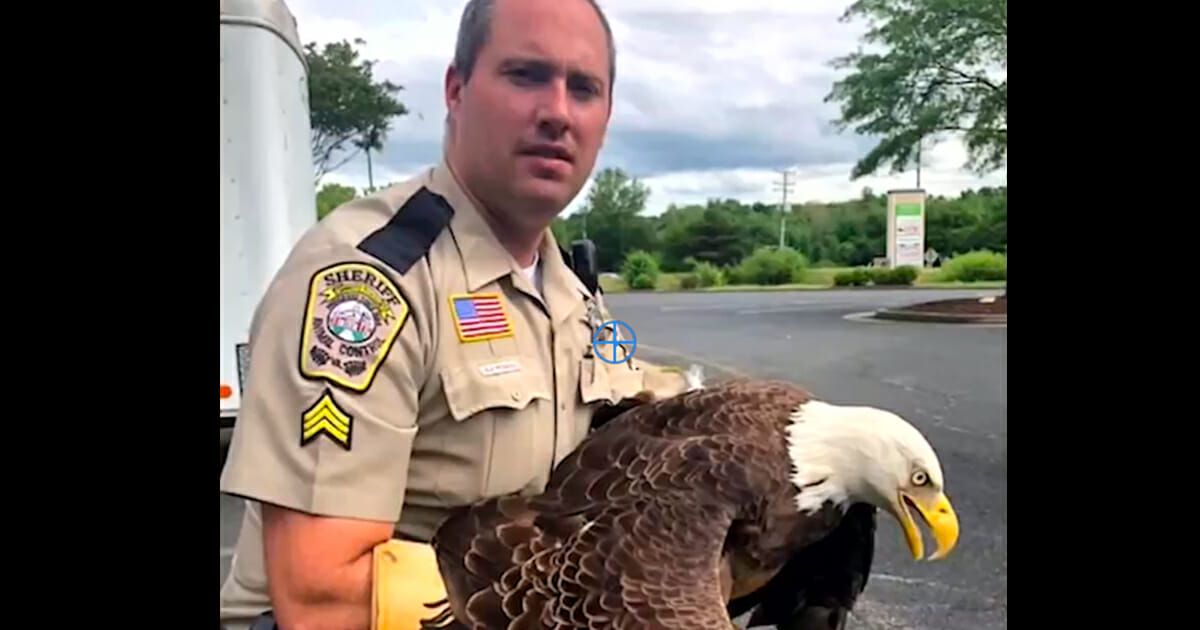 As per reports, the sheriff’s deputy, from Stafford County, Virginia, saved his 19th injured bald eagle earlier this week when he rescued one of the birds from a set of railroad tracks.

He himself admits he never anticipated going after eagles when he first accepted the job, telling WJLA: “I don’t know if I liked it too much at first, but it’s growing on me. I kind of like it.”

The animal control deputy has made a name for himself as his office’s bald eagle rescue expert.

“Everybody in the office knows if an eagle calls comes out, I want to go do it,” he explained. “I still get butterflies and I still get excited — it’s an eagle.”

“I didn’t know they were that prevalent,” he said. “They weren’t when I first started, but they’re getting more and more every year.”

As for the eagles themselves, the sheriff’s deputy said: “They are big. When you get your hands on them, you get to see how big they are and why they are the nation’s bird. They are beautiful and very powerful.

“We will go out and get it but it’s the long-term care they are being provided with from the wildlife centers and the rehabbers and the state that really deserve the recognition in this.”

What an inspiring man, and what a truly inspirational calling he has found/carved out for himself. Thank you, Sgt. McCall, for all the hard work you do.

Share this article on Facebook if you, too, want to thank Anthony on behalf of all the eagles he’s saved.