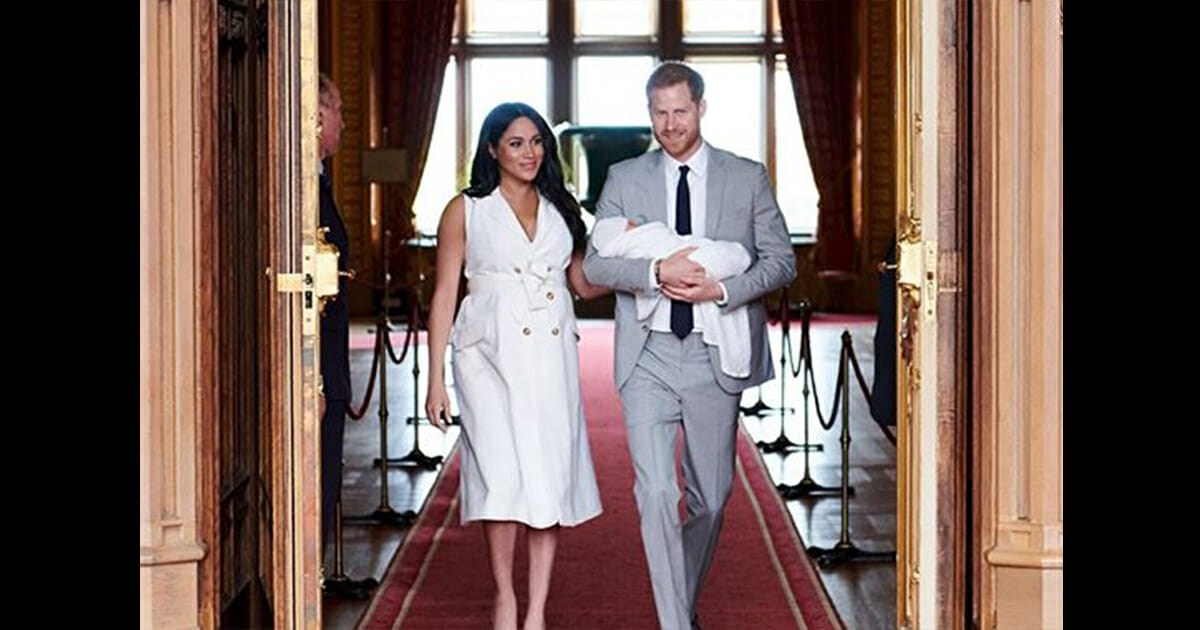 The delightful news was released to the public by an ecstatic Harry on Monday afternoon. Since then, there’s naturally been a huge buzz around the British royal family, as there always is when a new prince or princess comes into the world.

On Wednesday it was revealed that the baby boy’s name is Archie Harrison Mountbatten-Windsor. On the very same day, the world got a chance to sneak a first glimpse of the new prince.

It was in the photos from said shoot that fans spotted an interesting detail – one that’s made the Duchess of Sussex a popular figure online.

A new prince is born

It was in St. George’s Chapel in Windsor Castle, England, that Prince Harry and Meghan Markle officially introduced their son to the rest of the world.

The parents posed proudly before the press with Archie cradled in their arms, looking every bit the storybook family.

And yet in the midst of the compliments bestowed upon them, it was a detail concerning Meghan that some rather attentive moms picked up on.

Today The Duke and Duchess of Sussex are delighted to share their first public moment as a family. They are so incredibly grateful for the warm wishes and support they’ve received from everyone around the world, since welcoming their son two days ago. Photo cred: Chris Allerton ©️SussexRoyal

As can be seen in the pictures, Meghan wore an outfit that did very little to hide her post-baby bump. She hadn’t tried to pretend it wasn’t there, hadn’t covered it up to appear more glamorous, nor tried to deflect attention away from it in any way.

Instead, Meghan was like any other woman not long after the birth of their child. She presented herself as herself, and in doing so she’s earned plenty of praise online!

“LOVE that Meghan has come to her photo call without trying to hide the ‘after birth baby bump’. Absolute icon. This is how 99% of women look after birth and she is helping normalise it.

She looks amazing and is absolutely glowing. Power to her and all new mothers!” one user wrote on Twitter.

Another wrote: “Meghan clearly carried her child. I admire her greatly for coming out with post-baby puffiness to show that women do not have to look like their pre-pregnancy selves to still be beautiful.”

A third commented: “You know what I love *most* about this photo, apart from the gorgeous pic, it’s that Meghan is wearing a dress that shows off her post baby bump. The bump doesnt disappear as soon as the baby pops out & I love that she’s embracing it.”

Indeed, Meghan – as usual – has reinforced the idea that she is just a woman, like any other. She deserves all the praise she’s getting!