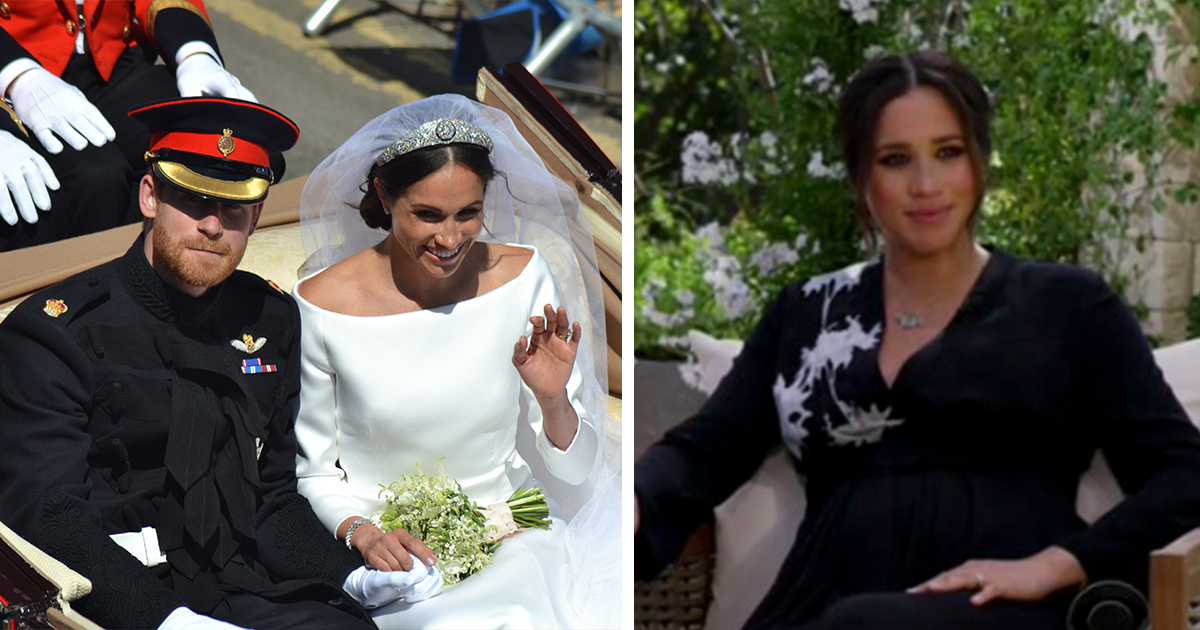 Unless you’ve been living under a fairly sizeable rock for the past couple of weeks, you’ll have been well aware of the pending release of Harry and Meghan Markle’s tell-all interview with Oprah.

Perhaps you knew about it and just don’t really care. Or perhaps, like me, it’s most definitely your cup of British tea.

Regardless of your opinion, none can deny that the bombshell interview, during which Harry and Meghan attempted to put the record straight once and for all, is set to rock the British royal family to its royal core.

For a brief recap, the couple officially stepped “back” from their royal duties on January 8 of last year. Their aim was to split their time between the U.K. and the U.S., though they announced that they would be becoming “financially independent”.

Fast forward to Jan 13, 2020, and the Queen of England released an emotional statement following having met with Prince Charles and Prince William to deliberate over Harry and Meghan situation.

“Today my family had very constructive discussions on the future of my grandson and his family,” Queen Elizabeth said.

“My family and I are entirely supportive of Harry and Meghan’s desire to create a new life as a young family,” she continued. “Although we would have preferred them to remain full-time working Members of the Royal Family, we respect and understand their wish to live a more independent life as a family while remaining a valued part of my family.”

Harry and Meghan relocated for California in March last year, and over the course of the following months it became rather apparent that their ties to Buckingham Palace were getting more and more strained.

Then, in February of this year (2021), in the midst of announcing they were pregnant with their second child, Harry and Meghan confirmed they would not be returning to their royal duties.

Now, in terms of the wheel of speculation, all that has gone before pales in comparison to the interview the couple did with Oprah, which was released in its entirety this weekend. Needless to say, more than one secret has come to light, and the backlash in London is sure to be felt keenly.

Obviously, Harry and Meghan couldn’t say much about their troubles and strife when they were ‘in office’, but it would appear they’re not bound by the same constraints now.

So, what gems did they reveal from their time together as royals? Well, a whole lot, actually, and more than it’s worth trying to cram into one article now.

Instead, we’ll focus on one particular story that’s doing the rounds after the couple divulged that they were actually married a whole three days before the huge ceremony that was watched by half the world on May 19, 2018.

We know right, our whole lives have been a lie.

No, but seriously, Harry and Meghan did reveal that the wedding we all thought was the royal wedding was more of a public showcase, and that they had already tied the knot in a secret ceremony shortly beforehand.

“You know, three days before our wedding, we got married,” Markle told Oprah. “No one knows that. But we called the archbishop, and we just said, ‘Look, this spectacle is for the world, but we want our union between us.'”

“The vows that we have framed in our room are just the two of us in our backyard with the archbishop of Canterbury.”

Harry added: “Just the three of us.”

Meghan also went onto to clarify rumours that she’d made Kate Middleton cry during the build-up to her wedding. As Meghan says, it was actually quite the opposite, and Prince William’s wife had made her cry.

“I don’t say that to be disparaging to anyone, because it was a really hard week of the wedding. And she was upset about something, but she owned it, and she apologized.

“And she brought me flowers and a note, apologizing. And she did what I would do if I knew that I hurt someone, right, to just take accountability for it.”

Needless to say, this revelation is just one of a number that are surging around the world in the wake of the Oprah interview release. Not only does the groundbreaking piece of TV shed light on what really goes on behind closed doors in the royal family, but effectively ends any slim chance of Harry and Meghan ever returning to the fold.

It’s folly to suggest they didn’t know that would be the case, and so perhaps wise to conclude that’s exactly what they wanted. A fresh start, a transparent recording of the events they went through. We’re certainly wishing them all the best!

What do you think about Harry and Meghan’s interview? Were they right to come clean on record and spill the beans the way they did?

Let us know your thoughts on the royals and their apparent treatment of Meghan in the comments box.