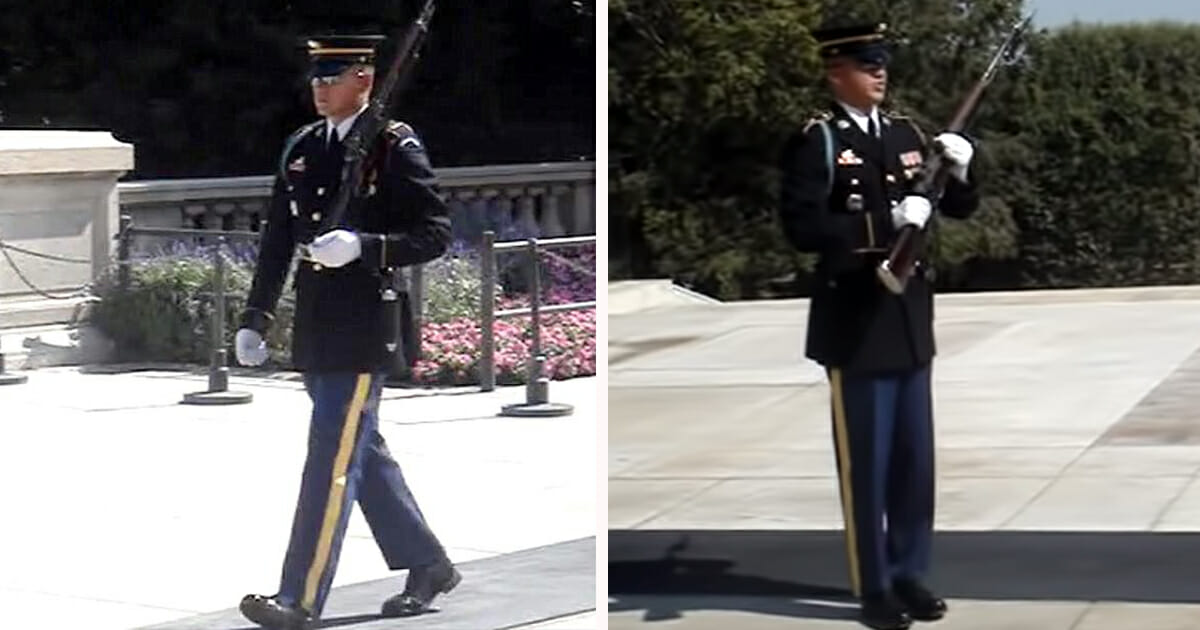 The Tomb of the Unknowns is a place most people come to lament in silent reflection. Many who venture there are grasped by a visceral feeling of something larger than themselves. In short, it’s one of those monuments that truly speaks to those around it.

Needless to say, the Tomb should – and usually is – treated with the utmost respect. After all, it serves to remind us of all those who have fought and died without their remains being identified.

Which is why people who don’t respect the sanctity of the place really do stand out. The group in this particular article happened to be laughing in the crowd close to the Tomb. It didn’t take long for a soldier to set things straight …

In the video that captured the incident, the soldier guarding the Tomb can be seen patrolling the area in front of it.

Naturally, a crowd has gathered to pay their respects, and it’s from this crowd – situated behind the camera – that laughter can be heard ringing out from a group.

The soldier, taking control of the situation without hesitation, turns and faces the crowd, before calling out those failing to be silent on such hallowed ground.

Using a typically military tone, he lets them know in no uncertain terms that they’re expected to show the proper respect.

Needless to say, his message was received loud and clear!

At such a place it’s always important to be mindful of where you are and what it stands for. It doesn’t take much to give others the peace of mind they’re seeking by simply remaining quiet, and of course we should always show respect to those who laid down their very lives for the freedoms and liberties we retain today.

If you agree that the soldier was in the right for reprimanding the people in the crowd, share this article on Facebook.