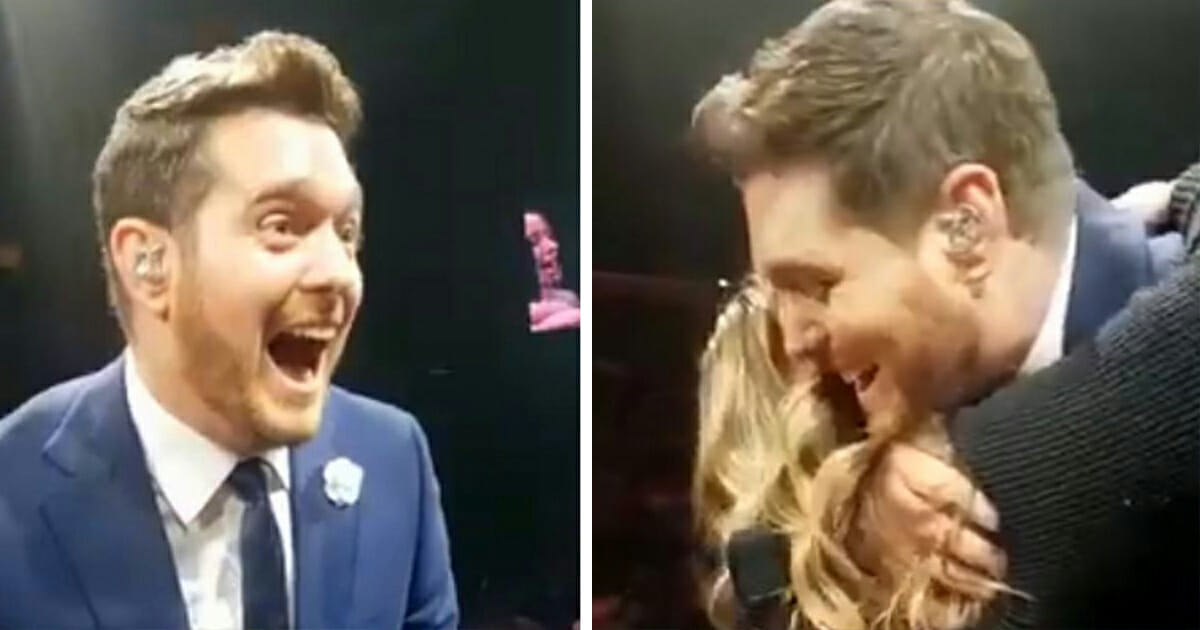 Nicole Zahn is a big Michael Bublé fan. Needless to say, when she and her boyfriend managed to snag tickets for a performance at the Key Bank Center in Buffalo, New York, she was more than just a little excited.

A singer herself, she was looking forward to seeing one of her favorite artists do what he does best: serenade the crowd and give thousands of people memories they’ll never forget.

As it happened, it was Nicole who would be left with the most cherished memory of them all. She had no idea beforehand, but she was about to be plucked from the audience to perform with Bublé himself …

It’s every avid singer’s dream to sing with their musical icon. Hell, most famous singers would probably jump at the chance to share a stage with Michael Bublé, such is his status within the industry.

When Nicole Zahn and her boyfriend got their hands on last-minute tickets to be in the second row for one of his concerts in Buffalo, they were more than happy to ditch their previous seats to be closer.

Looking back on that decision, they must be thanking their stars that they did. Not only did second row provide them with an unobstructed view of Bublé, and of course the chance to be even closer to his mesmerizing vocals, but it also gave Nicole something she could never have dreamed of.

During the concert, Bublé came down from the stage and began asking people in their section if they could sing. Naturally there were a number of people who zealously volunteered, but Nicole’s boyfriend managed to catch Bublé’s eye when he shouted “My girlfriend Nicole, she can sing, she can sing!”

So it was that Bublé handed over his microphone and gave her center stage. Nicole began to belt out Jeff Buckley’s classic “Hallelujah”, and ended up with the crowd wildly cheering her on.

It transpires that Nicole can indeed sing. She’s been doing it part-time her whole life, while she works as a registered nurse at Buffalo General Hospital.

Watch Nicole’s epic performance in the video below:

A huge thank you to Michael Bublé for giving this woman a memory she will never, ever forget!

And what about Nicole’s performance? If this video put a smile on you face, share the article on Facebook with your friends and family.