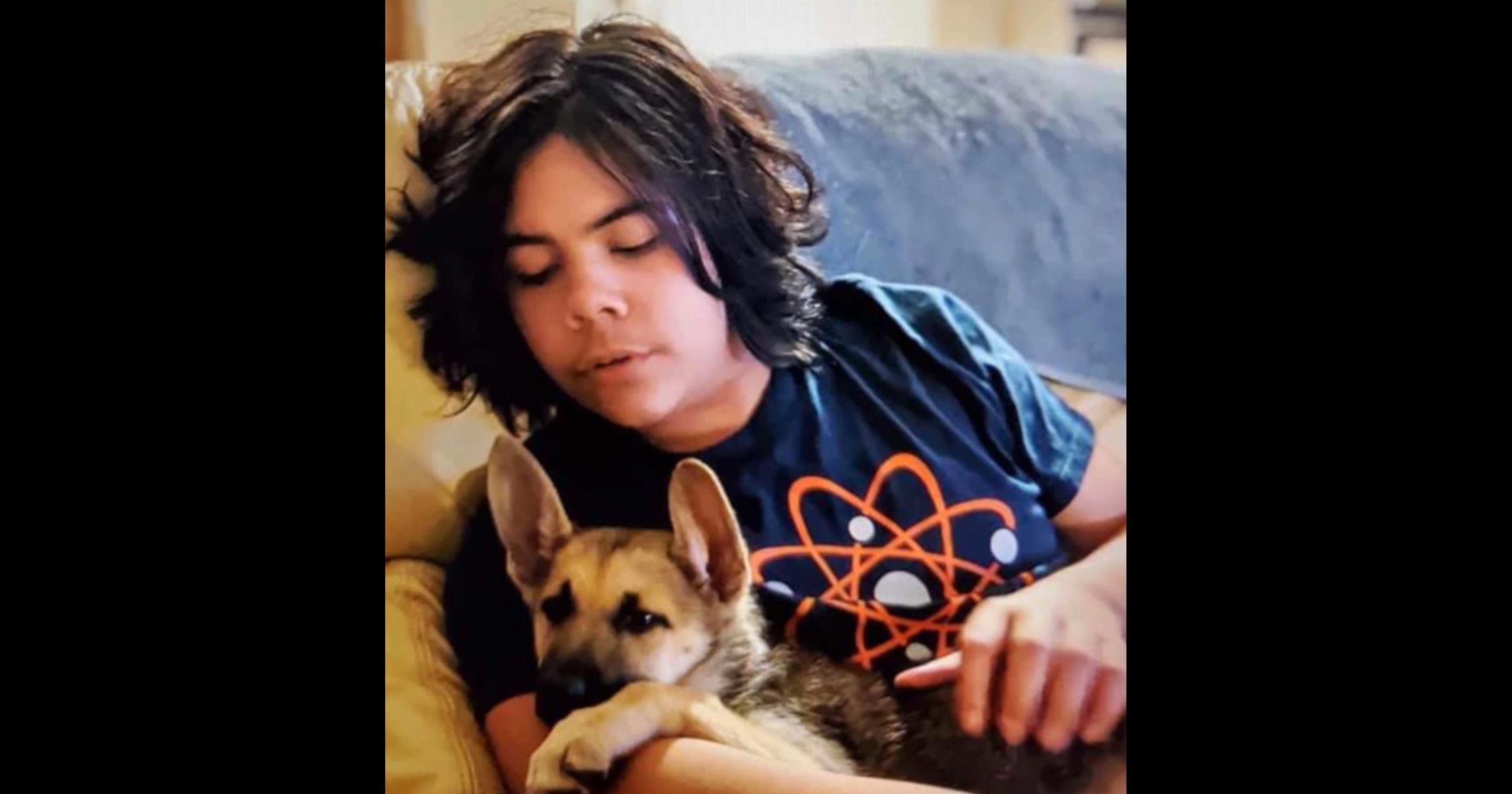 A teenager from Corydon, Indiana who was reported missing last week has been found dead near a wooded area along with his dog, the sheriff’s office has confirmed.

According to reports, 14-year-old Jacob McCarty, an avid gamer, left his home to walk his German Shepherd, Isabelle, on September 21.

A week after the boy’s disappearance, authorities received a tip from someone who said they had seen Jacob and Isabelle heading west along I-64 at around 5 p.m. last Tuesday.

Detectives investigating the new lead reviewed security camera footage from a nearby business and confirmed the sighting of a person and a dog walking in that direction.

Tragically, the bodies of Jacob and Isabelle were later found in a wooded area.

A cause of death will be determined following the completion of an autopsy, but the sheriff’s office said that foul play is not currently suspected.

“Detectives do not currently suspect foul play although Jacob’s cause of death will be determined upon completion of an autopsy,” Harrison County Sheriff Nick Smith said in a statement.

“We ask that each of you pray for Jacob’s father and all those involved in his life,” he added. “This is a devastating time and a hard road that follows for Jacob’s loved ones.”

The sheriff’s office confirmed that Jacob’s father has been notified by law enforcement.

In a social media post, Harrison County Sheriff’s Office wrote: “We ask that each of you pray for Jacob’s father and all those involved in his life. This is a devastating time and a hard road that follows for Jacob’s loved ones.”

My heart goes out to Jacob’s family at this most terrible times. Rest in peace!