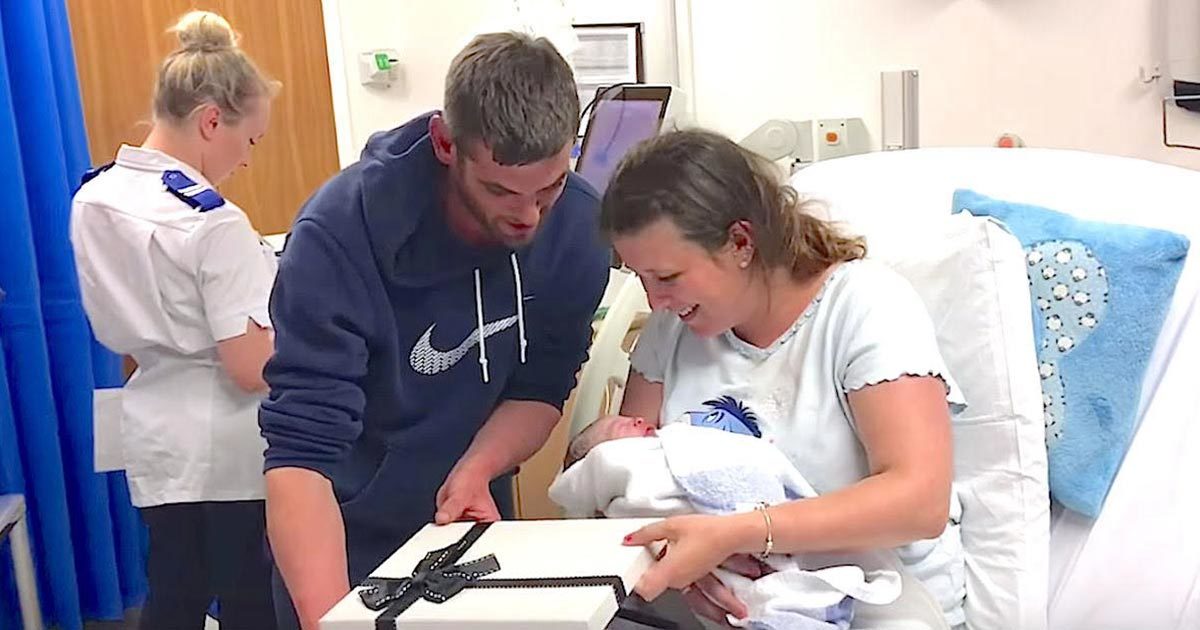 Having children is one of life’s biggest moments. And once it becomes clear that two will soon become three, the joy is shared not only by the future parents, but also by their friends and family—and especially the future mom and dad’s own parents, who will soon become grandparents. This was exactly what happened when Katrina and her husband Danny were told that Katerina was pregnant. They were overjoyed and couldn’t wait to welcome her baby boy into the world. But just months before the couple heard the good news, Katrina’s beloved mother was diagnosed with terminal cancer and the entire family, including Katrina and Danny, were devastated. But amid the grief, the couple got an idea—one that would give Katrina’s mom a chance to have an impact on their newborn’s life before she left this world.

For Katrina, it was incredibly important to have her mom play a role in her future child’s life. But the chances that her mom would be there when the time came was microscopic. Katrina’s mom’s lung cancer was advancing and it soon became clear that she wouldn’t survive.

After Katrina and Danny heard the tragic news, Katrina came up with an idea that would give her mom a strong link to the little boy she would never meet. Katrina’s mom would choose the boy’s name (though it would remain a secret until the day of the boy’s birth).

So, just before she died, Katrina’s mom told Sarah, Katrina’s sister, the boy’s name. And Sarah kept the name secret until the birth six months later.

“The delivery room was filled with our mum’s things and pictures so she felt close to us and everything was perfect,” Sarah wrote on YouTube.

Sarah and Katrina’s mom made an quite an effort to make the unveiling a fun surprise. She placed the boy’s name deep inside of a box. But under some silk paper, Katrina found a little onesie with the name printed on the back. And the name? Harrison.

Watch this video Sarah made of the special moment:

I must say that this really moved me. Katrina’s son will never meet his grandmother, but he’ll always bear the name she chose. And I’m convinced that Harrison will carry his name with pride.

If you enjoyed this story, please share it so more people can get the chance to read it.