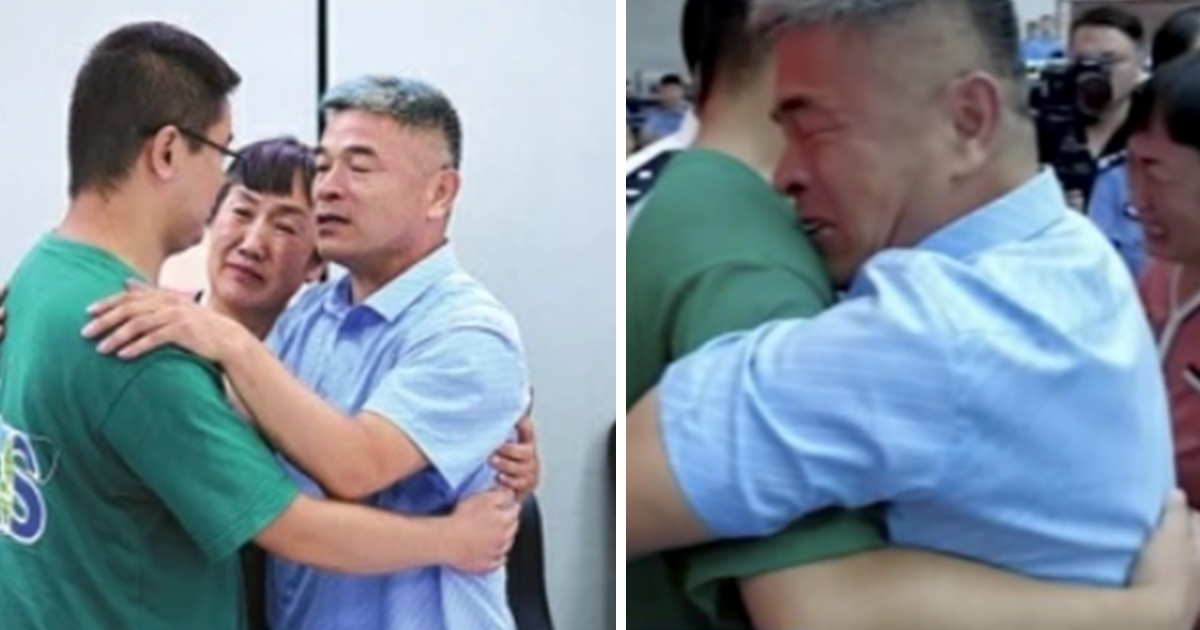 It was a story that captured the hearts of people around the world, the abduction of a 2-year-old boy and the parents that never gave up hope of finding him.

Guo Xinzhen was abducted near his home in 1997 by an unfamiliar woman, his parents told police.

Authorities collected blood, DNA samples and other evidence but with limited technology at the time, the case remained unsolved, the police said on their official social media account .

Police said they never gave up the search and neither did his distraught parents.

Guo Gangtang embarked on a motorcycle ride that would take him across China covering over 300,000 miles in search of his son.

Carrying with him a bag full of fliers, and a flag with a picture of his son, he used all his savings and accumulated large debts in his quest to find his boy, getting through 10 motorcycles and suffering numerous accidents.

His story attracted worldwide attention when in 2015 it was turned into a movie Lost and Love, starring Hong Kong film star Andy Lau, which led to a nationwide anti-child trafficking campaign.

Guo never found his son but managed to help track down more than 100 other abducted children and reunite them with their families, according to state-run news agency Xinhua.

But after 24 years of searching, the family were finally reunited with their son thanks to a DNA breakthrough.

Using DNA analysis and facial feature comparison, the boy, now an adult, was found living at an address in neighboring Henan province. Police said they had arrested two people who confessed to kidnapping and trafficking Guo.

Video footage showed the tearful family reunion of them hugging each other tightly and crying out: “We found you, you’ve come back.”

“He [Guo Xinzhen] is fine. God treated me fairly. Now that the child has been found, everything can only be happy from now on,” his father said.

Police said the woman arrested admitted she had abducted Guo Xinzhen in 1997 and she and a man traveled to Henan where they sold the boy.

It is unclear who Guo Xinzhen was sold to, and no further details of his childhood were released.

I cannot imagine the despair and heartache these parents have been through; his father’s search for him is inspirational.

I’m so glad he’s been found and reunited with his family.

Help us wish this family a future of happiness and healing by sharing this story.