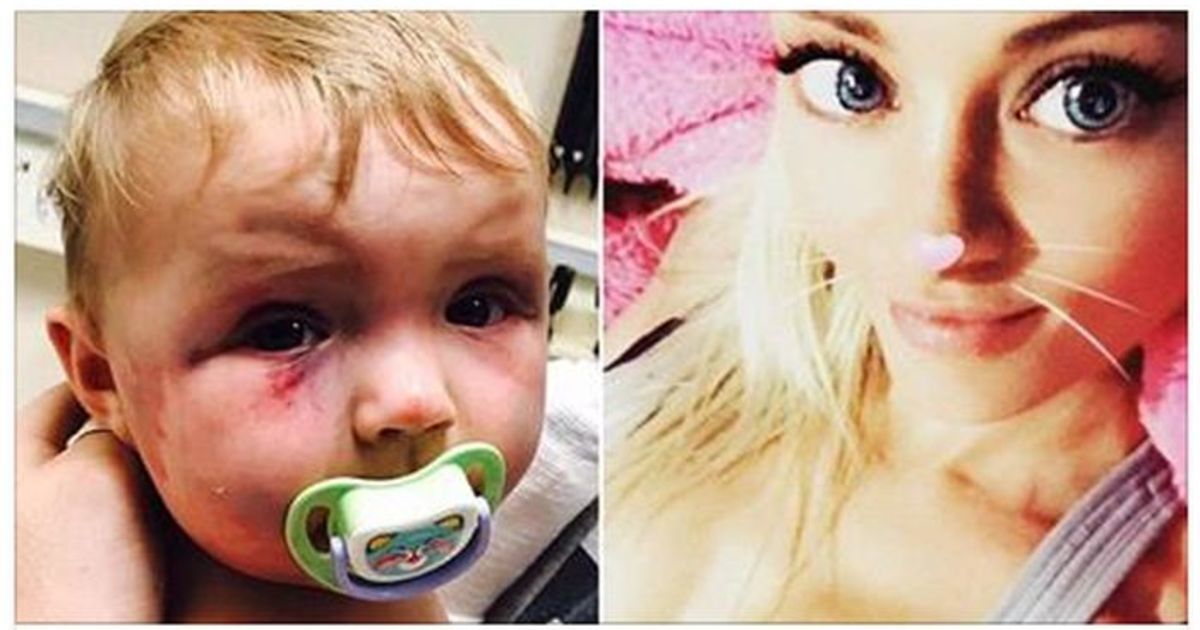 A woman in southern Australia has dodged a prison sentence — even though she pleaded guilty to beating her eight-month-old-daughter with a spoon.

Now, the internet if boiling with outrage and people have taken to social media to criticize the mother, the Daily Mail reports.

The 26-year-old was fined $500 and given a two-year “good behavior bond,” based on a promise of good behavior.

She was released the same day. The reasoning behind the soft charges was because the court thought the injuries weren’t that serious.

The incident took place in October 2016, when the police responded to an alarm. Lorien had called the cops herself and threatened to throw her daughter off the balcony.

When the police arrived, they found the baby’s face covered with bruises.

It turns out the mother had beaten her baby with a spoon. Both Lorien and her daughter were taken to the hospital, where the little girl was examined.

The doctors found that the baby had at least eight different bruises on her face and body, including bruises on her neck, forehead, cheeks, ears and arms.

“Whilst any assault of a child, particularly one of such a tender age and vulnerability, by a parent stands as a gross breach of trust,” judge Jack Costello said in court, according to Daily Mail. “Your [Lorien’s] offending is nevertheless far from the most serious of offending of this type in terms of the degree of force involved and the duration of the offending.”

The judge continued to give his reasons behind the soft sentencing, “In this respect I particularly note the opinion of the treating pediatrician to the effect that there was no evidence of bony or intracranial injury and that your daughter’s physical injuries were likely to completely resolve.”

The mother is on parole and is required to go to regular therapy.

The girl’s father, Shane McMahon, is shocked and appalled by the sentence. He is devastated, and he is not the only one — many people who’ve read about the case online are furious that this woman got off so easy.

Although images like these can be difficult to look at, in this case, they also teach us an important lesson — we should never turn a blind eye to child abuse.

In my opinion, anyone who beats their child should be behind bars and that’s the end of it! It’s completely unacceptable.