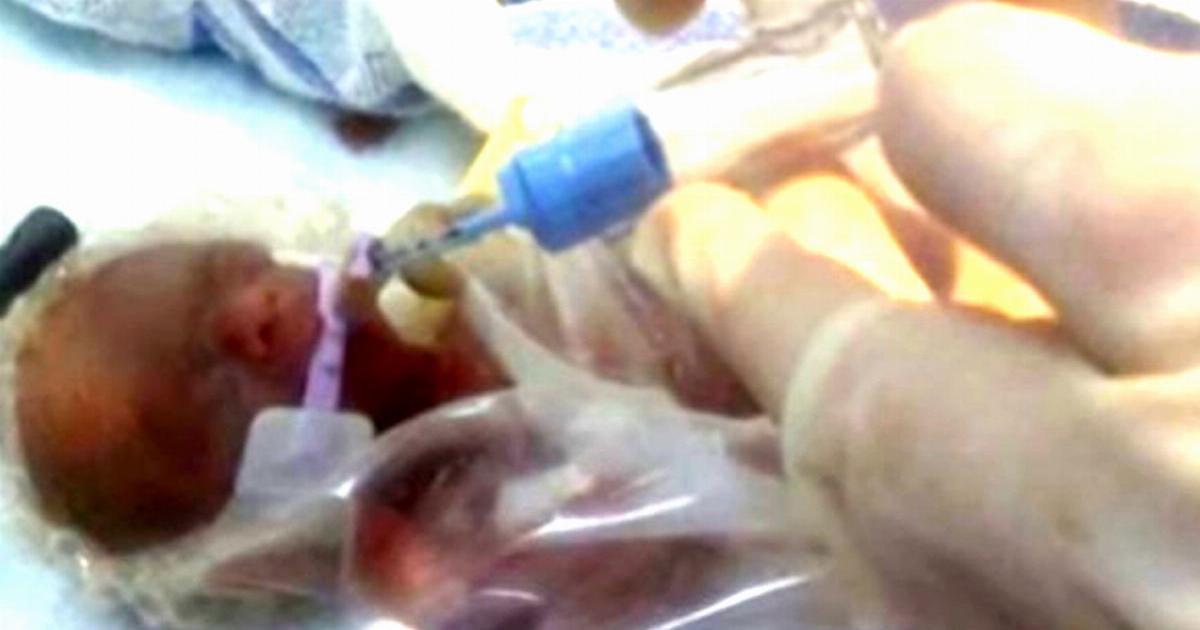 When Hannah Wicks and Steve McSween were waiting for the birth of their daughter, they were full of joy and expectation. Hannah’s stomach grew and they only had a few more months until they would finally meet their daughter.

But the pregnancy didn’t turn out like anyone expected. In week 25, Hannah was in pain and her doctors couldn’t do anything to stop it. She had a condition called intrauterine growth restriction and she had to deliver her baby via C-section — even though it was way too early.

When baby Poppy was born, she weighed just 12.7 ounces (360 g) and the doctors told Hannah and Steve that she didn’t have long to live.

At birth, Poppy was no bigger than a tennis ball and easily fit in her father’s hand.

She needed care 24 hours a day and her parents stayed by her side night and day.

And even though they had just become parents, Hannah and Steve had to prepare themselves to say goodbye.

Hannah even bought a little stuffed bunny for Poppy so she wouldn’t have to be alone in her coffin.

But days became weeks and weeks became months and Poppy refused to give up.

Every day, the doctors were shocked by her development. And for the first time, they felt hopeful about her future.

Poppy wasn’t going to leave this earth for a long time.

Even though Poppy still needed oxygen, Hannah and Steve were finally able to take their daughter, or as they call her, their little miracle, home.

Watch the video below to meet miracle baby Poppy! Given how strong she’s been so far, I’m sure she’ll be breathing on her own soon.

Poppy was the seventh smallest baby ever to survive. Share if you also think that all children are miracles!