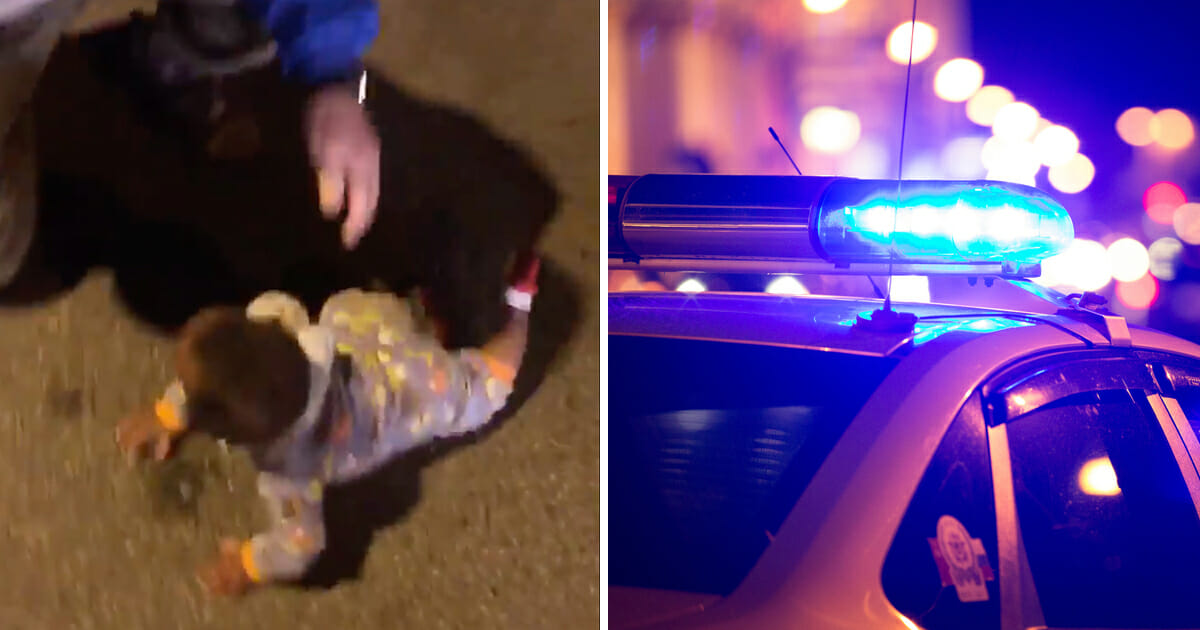 Keeping a constant eye on intrepid youngsters is a full-time job. Anyone who has raised a child can attest to that fact.

That said, there’s a huge difference between turning your back for a second while your infant crawls their way across the living room, and not noticing your 9-month-old baby is working their way unsupervised across a busy New York road.

Sound obvious? Of course it does. But passersby were left stunned to see Ledrika Ford’s child doing the latter last week. Someone managed to capture footage of the incident – a film that has since gone viral.

27-year-old Ford has been charged after the video in question surfaced on social media. It goes without saying that the clip raised serious concerns over the welfare of the child, left to make her way across a road in New York.

Several hours after the incident, the authorities were able to located Ford and her baby, with members of the public concerned as to why and how things were able to play out as they did.

Ford and an unidentified relative explained to officers that they had no idea how the 9-month-old had ended up on the road, with Ford claiming she had placed the child in the back of a vehicle at Bleecker Street previously. When, a short time after, she looked back to chec, she realised that her baby had gone.

As soon as she noticed, Ford returned to Bleecker Street and recovered her baby. The infant can be seen in the footage below, crying in the middle of the road.

Just before the video ends, you can hear a woman, presumably Ford, shouting, “That’s my baby, that’s my baby.”

The video was uploaded to Facebook, and has subsequently been viewed over 2.4 million times, attaining more than 63,000 shares.

The uploader of the video, Rn Jay, wrote on his post: “[I] want everyone to see this all over the media so please share this around so whenever that mother comes across this she can see that the pain of that lil lost baby who was freezing and lonely and scared cuz she wasn’t there … i don’t care what the problem was or how it happen main rule is to never leave your child’s side at a baby stage like that never.”

The child in question was taken to hospital to check for injuries, but appears to have been unharmed.

The City of Utica Police Department confirmed via their Facebook account on Saturday that they had removed four children from Ford’s custody, placing them into Onelda Country Child Protective Services.

Ford, meanwhile, is not currently in police custody. According to sources, she will appear in court on March 23.

I don’t know about you, but I can’t believe that a 9-month-old baby would be capable of leaving a car of its own accord. What do you think? Is there any excuse in the world for this happening?

If you were surprised by this story, please share it! And remember to always be attentive when little ones are around.