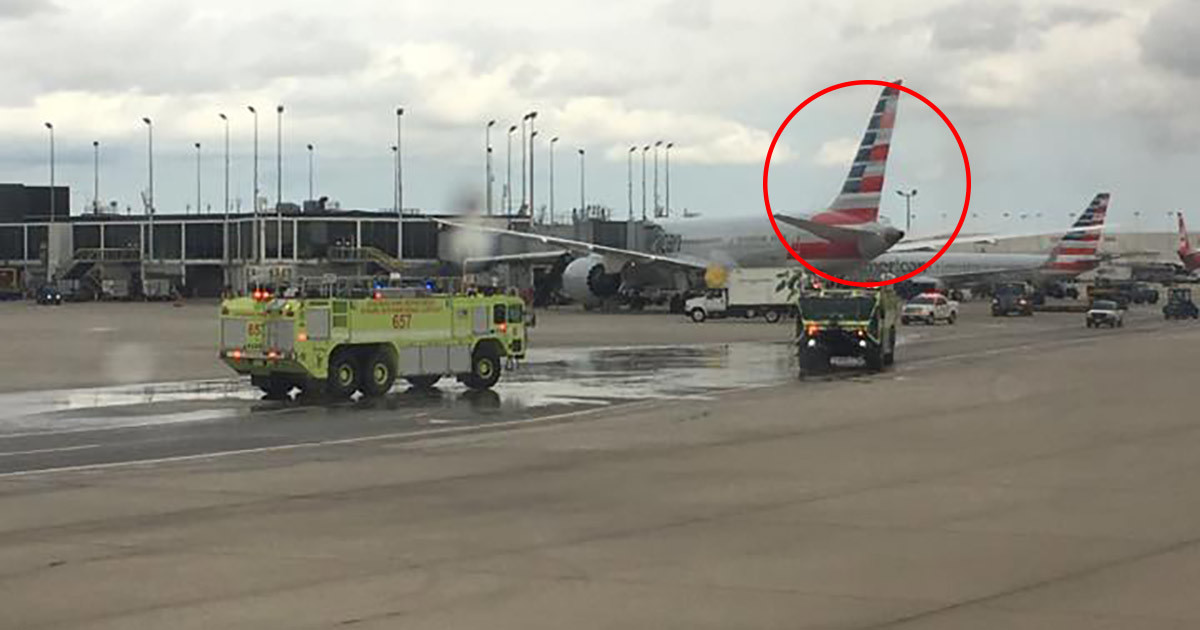 I think many will agree that delays at airports are a pain in the you know what! The waiting and hanging around gets to us all — especially if we are travelling with kids.

Sometimes a whole plane is forced to wait for another passenger — which usually ticks everyone on the plane off.

In this case however, where an entire plane was actually forced to wait for one passenger, no one seemed to mind.

In fact everyone was moved to tears — and the story is now taking the internet by storm.

Kris Parker was at O’Hare airport in Chicago just a few weeks ago in September 2017, rushing through the airport trying to find her gate.

Like many other passengers, she was upset to hear that her flight was delayed.

She arrived at her gate and suddenly noticed other travellers with their faces pressed against the window, looking at something out on the runway.

Kris soon understood what the commotion was about:

“A fallen Navy sailor, 23 years old, was being transferred to my flight for his final trip home to his family.

O’Hare pulled out all of the stops to honor this young man — note that O’Hare is extremely busy being a major hub and getting a large amount of unexpected traffic due to Hurricane Irma.”

The sight put Kris in tears.

“We were late boarding (100% fine by all aboard) and as we taxied onto the runway, the Chicago Fire Department was positioned on both sides of our plane to give a final Water Salute. When we arrived in St. Louis, hearts broke as the sailor was given back to his awaiting family.

Heartbreaking does not give true meaning to what we witnessed but I love the fact that not one person on my flight made the slightest complaint. We were in awe, in the saddest of ways, but we were also struck with a true respect of the rights and freedoms we have and the cost those rights carry.

The fallen sailor’s escort remained still with his flag folded in his lap during our flight home. Brings true perspective friends.”

“My faith in this country was renewed today.”

Watch moments of the tribute in the video below.

Those who risk their lives to serve their country through the military are heroes and should not be treated as anything less.

Kris finishes her post by making a strong point.

We as a nation spend so much time arguing over rights, letting hatred fuel the fire, we lose site of those sacrificing precious life for us to even have rights to argue over in the first place.”

Her post has now been shared over 300,000 times and over 500,000 times people have reacted to it. See the full original post below.

Personally, I couldn’t hold back the tears when I read this story. If it also moved you, then please consider sharing it with others to honor all those who risk their lives for our rights and freedom!