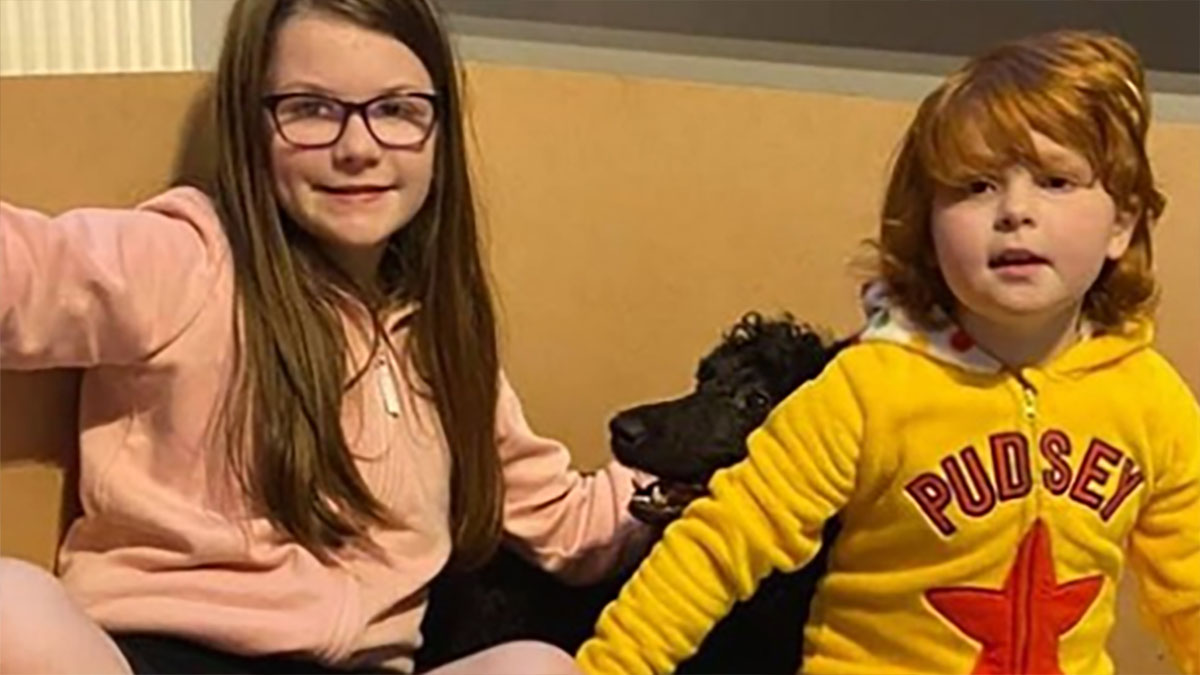 A mom whose two daughters were diagnosed with different types of cancer describes the ‘living nightmare’ she has had to endure over the last decade.

Claire Bruce says her first daughter Lacey, now 10 years old, was just 7 months when she was diagnosed with an aggressive type of leukemia.

The 32-year-old mom from Scotland said Lacey had been sick since birth but it wasn’t until she was 7 months old that doctors diagnosed her with Acute Myeloid Leukemia (AML).

“Lacey was so ill by the time she was diagnosed that she was airlifted to Yorkhill Children’s Hospital in Glasgow,” Claire said.

Claire had to drive the almost 150-mile journey from Aberdeen to Glasgow to be with her daughter.

“Lacey was then put into an induced coma for two weeks and onto a ventilator because she couldn’t breathe on her own.”

She endured five rounds of chemotherapy before getting the all clear and has been in remission for the last 8 and a half years.

When Claire’s second daughter Imogen was born just a few years later, she was given the earth shattering news that her second child also had cancer – Acute Lymphoblastic Leukemia (ALL).

“It was just living a nightmare finding that out but you try and keep going,” Claire told the Daily Record.

The family from Aberdeenshire have spent years attending treatments and worrying about their girls’ future. Now they finally have something to look forward to as six-year-old Imogen is due for her last treatment session in June, the same week that Claire is due to marry dad Michael.

Claire said despite the horror of the last ten years she was grateful both daughters had made it through.

“It is really unlucky for both of your children to be diagnosed with cancer- but it its extremely lucky for them both to survive,” she said as per the Scottish publication.

“That has to be my view of it all, you have to be grateful for what you have got.

“I know other families who have lost children so I think it is really important to remember that. We just can’t wait for June now.

“Treatments have been such a big part of her life for so long, I can’t wait for her to enjoy a normal child’s life- to go out playing with her pals, to go to school, to have a bath.”

Claire is now raising funds for a nonprofit close to her heart “When You Wish Upon A Star” which gives sick children the chance to experience once- in-a-lifetime trips.

Such wonderful news! Now they can finally enjoy being a family again and do all the things that so many of us take for granted.