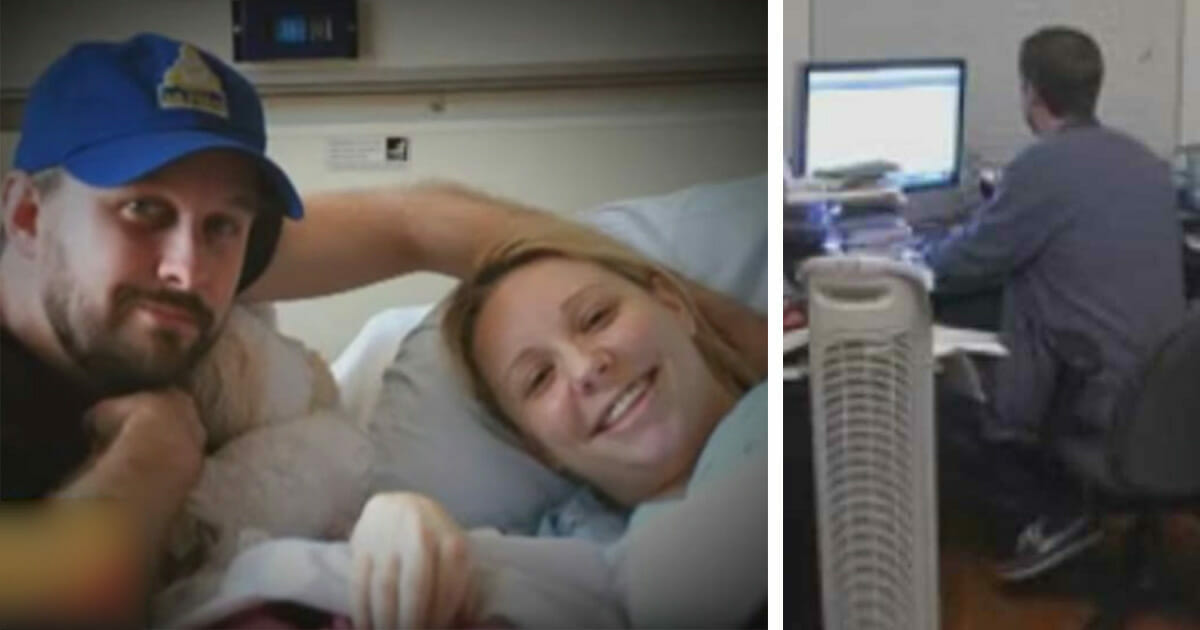 Life is a fragile thing, and circumstances can change quickly as the wind.

It’s something most of us don’t consider, but we’d all do well to remember. All it takes is one event to throw things into disarray; joy can become sadness, light can become dark.

It was in March 2008 that his life was altered forever. He’d just become a father and was riding a wave of resulting euphoria.

The a nightmare occurred that no one could have predicted.

Just 27 short hours later, his world had been turned upside down. Suddenly the future was bleak, his plans were in tatters, and he was alone on a dark path. Then he went to his computer, and things changed again …

Matt met his wife Liz in high school. Their relationship was one of love, passion, and exciting plans. They stayed together throughout their school years and one day, long after they’d left school, decided it was time to marry. At that point they’d already been together for eight years.

It wasn’t long after that Liz fell pregnant! Just look how happy she was!

With their relatives dotted around the country, Liz decided to start a blog to keep everyone up to speed with things. She talked about everything related to her pregnancy, explaining in detail her daily routines and experiences.

Her pregnancy was a tough one. At some point, Liz suffered from complications and was forced to go to the hospital – friends and family were kept informed via her blog, but were no less worried.

By March 2008 she was ready to give birth. At seven weeks premature, little Madeline came into the world via Caesarean section.

The joy felt by Matt and Liz simply couldn’t be contained. Their dream had come true – they had finally become parents! A whole new chapter of their life lay ahead of them. Just look how proud Matt was …

Sadly, the beginning of this exciting new journey would turn into a nightmare. Liz had little time to acquaint herself with Madeline as she had to rest after the birth. The next morning, though, it was time for mom to meet her little angel.

Only, things didn’t go to plan. Liz got out of bed and began to walk, only to suddenly collapse to the floor.

27 hours after giving birth, Liz had died of a massive pulmonary embolism (LE). For Matt, the anguish was indescribable.

Mere hours after the greatest moment of his life, everything he had known had fallen apart. His grief was overwhelming.

The single father needed an outlet for his emotions. Then the idea came to him to settle down at Liz’s computer. He wrote, continued to write, and then wrote some more.

On the same blog his beloved Liz had used to detail her road through pregnancy, Matt poured all of his thoughts about life as a widower, a single father, and a heartbroken man. The blog offered an insight into the entire process for Matt after Liz’s death.

It was honest. It was open. It was his vulnerability.

Soon, word spread of Matt’s blog, which he continued to update, and it became popular beyond his circle of friends.

In just a few months the blog was averaging 40,000 readers a day. It just grew and grew. The readers, whom Matt had never met before, became like a family to him. They began to share tips and advice in a bid to help Matt overcome the worst of his grief. Said tips covered a whole range of things, including how a single parent should approach the task of flying with their baby.

“It helps me, it helps me every day. I mean, it’s about how things are going to be for Madeline in the future, and I want her to look back in twenty years and think, you know, ‘Wow! How did he do all this stuff?'” Matt said.

“I want Madeline to have the life that Liz would have wanted for her. Because she means the world to me. She’s it; this is the only thing in the world I care about right now. She’s number one … and she’ll be number one for the rest of my life.”

Matt’s interview on national television program Rachel Ray was an emotional encounter. You can see a clip from the episode below:

Such a tragic story, but I’m happy that Madeline is in good hands and has such a wonderful dad as Matt.

Please share this article to spread Matt’s story of hope and determination.