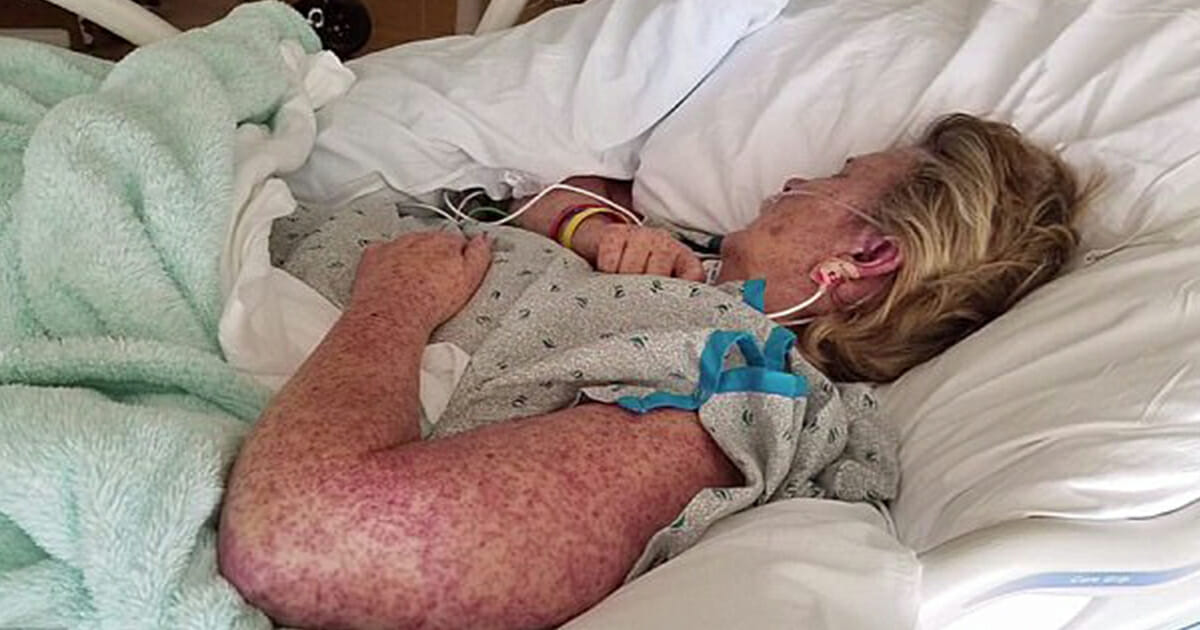 If you haven’t heard of the Bourbon virus then perhaps it’s something you should read up on.

Detected as recently as 2014, it’s very real and very dangerous. The first man to die from it was from Bourbon County, United States, hence its name.

Unfortunately, since its discovery the virus has continued to claim lives. It’s since been found in several parts of the US. It was the last Monday of May, Memorial Day 2017 in the States, when Tamela Wilson, 58, found two ticks on her body at work.

She removed the two parasites and didn’t think much more of it. After a time, however, she began to feel strange.

Tamela visited doctors and was told she had a urinary tract infection. She was given antibiotics and sent home.

The antibiotics didn’t help, though, and Tamela’s condition deteriorated with each passing day.

“She literally couldn’t even pick up her phone. She had no strength,” Wilson’s daughter, Amie May, told CBS News. “My sister had been calling her and couldn’t get a hold of her. My mom said the phone was right there ringing, but she could not pick it up to answer it.” As for the doctors, they were stumped. They explained to Tamela’s relatives that her condition was a medical mystery.

They tried to help, running numerous checks and doing everything they could to slow Tamela’s deterioration – nothing worked. Her skin became cracked and dry, Tamela grew weaker with each passing day.

Eventually, the illness would take her life. She died on June 23rd. Tamela went misdiagnosed for a lengthy period of time, which compounded the issue, but even so there was little hope for her.

Steven Lawrence, a doctor specialising in infectious diseases at Washington University, said that staff who treated Tamela were not adequately informed enough about the virus to identify its symptoms. Together, Tamela’s family decided that her body would be donated to science and research.

Experts want to know more about the Bourbon virus and find out how and why it affects people the way it does. Unfortunately, at the current time there is no known vaccine or cure available.

It’s suspected that the virus is transmitted via ticks and other biting insects, but scientists haven’t yet confirmed this is definitely the case.

The case patient – for whom the virus was named – was reported to have been bitten by multiple parasites, including one blood-filled tick found on his shoulder a few days before the onset of the Bourbon virus symptoms. This led researchers to believe that ticks could be the primary carriers, though it has yet to be concretely proven.

Symptoms of the Bourbon virus include high fever, headaches, a decreased appetite, muscle and joint pain, fatigue, nausea, vomiting, diarrhoea, and a rash on the abdomen, chest and back.

To protect yourself when outdoors, wear long-sleeved clothing and strong insect repellent when in rural areas. If you’ve been in or by long grass, always check yourself thoroughly.

There might not currently be any treatment or vaccine for the virus, but by providing education concerning the symptoms of the disease, doctors and researchers hope that cases can be kept to a minimum.

As for the Wilson family, their loss is obviously tragic. At the same time, the family can live proudly in the knowledge that Tamela’s body was used to help science find new ways to combat the virus. Hopefully, it could save more people in the future.

Press the share button to help increase awareness of the virus.