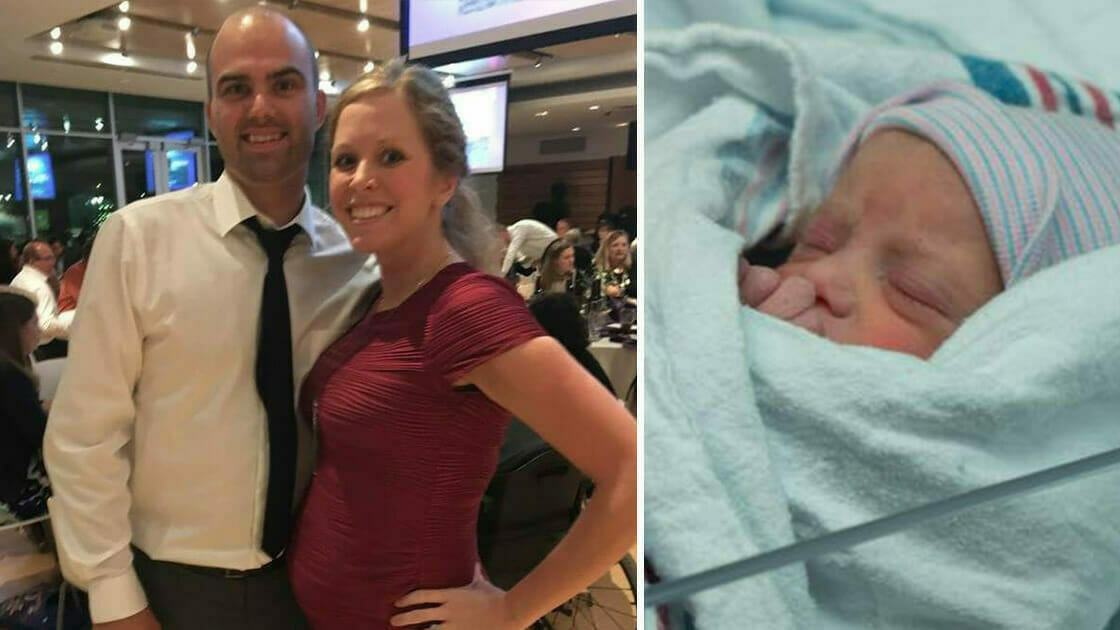 Finding out that you are about to become parents for the first time can be an exciting and daunting experience.

Most mothers like to have a birth plan, an idea of how they want to have their baby. For Nicole Ziesemer she wanted to take the natural route and opted for a home birth with no drugs. Her husband Matthew supported her and they prepared for the arrival of their little one.

The couple knew when their baby was due but didn’t have a single ultrasound so didn’t know the sex of their baby.

“This was my first pregnancy, and it was all new to me,” Nicole said, according to WPXI News.

The Michigan couple were excited and nervous when Nicole went into labor at 36 weeks. But because the baby was coming early she would need medical intervention and so had to go to hospital for her delivery.

Driving through heavy snow would be their easiest challenge that night as Nicole had to endure a very long and difficult birth.

“We had another check at 11AM and she was still at 7cm (dilated) and for the first time ever in my life I saw the look of giving up in my wife’s eyes and it absolutely killed me.”

Nicole’s plans for a more natural birth would have to be put aside as Matthew saw how much she was struggling.

“After watching her suffer for the last 30 hours pushing and breathing and screaming I knew we had to do something else so I consulted several people and Nicole and we decided to start a small dose of pitocin; well this really got contractions going and got her dilated to a 10,” he said.

As the medical staff assisted to remove the placenta they felt another head and after 48 hours of delivering her baby girl the couple learned they were having twins.

The couple had only prepared for one baby and everyone was in shock.

“It was just a shell-shocker because no one was expecting it, everyone in the room thought they had seen a ghost,” Nicole told WZZM.

The couple were in shock and immediately thought of what essential supplies they would need but ultimately were overjoyed at their two bundles of joy.

“So even though I’m more of a natural person things happen for reasons and there are definitely times for medical intervention and this was one of those times. God definitely has a greater plan for us and showed us that we don’t control anything in our lives,” Matthew wrote on Facebook.

Please share to wish this wonderful couple congratulations on the birth of their adorable babies.