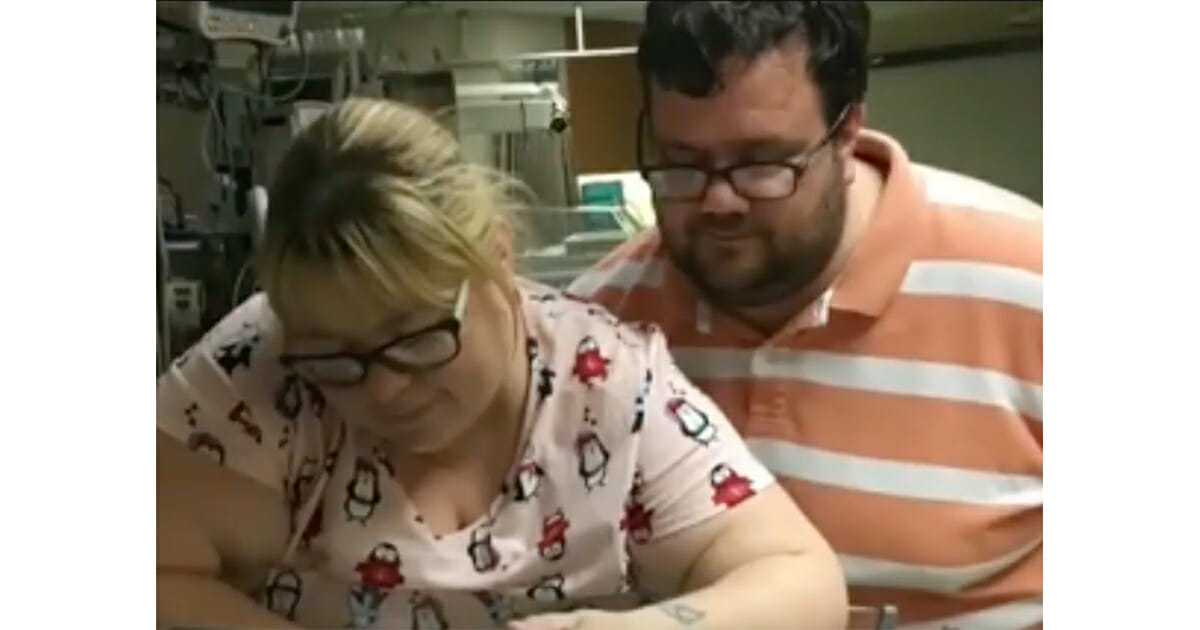 For most of us, conceiving a child is something to be looked forward to. It’s the natural continuation of life, after all, so when a woman falls pregnant celebrations usually follow.

For some, however, even just getting pregnant can be extremely difficult. Sometimes, sadly, it’s impossible.

Jennifer Medlock happens to suffer from polycystic ovarian syndrome – a condition that can render some infertile – and doctors warned her and her partner Eric that having a child would be next to impossible.

Unsatisfied with what they were being told, Jennifer and Eric set out to do all they could to achieve their dream of welcoming a new soul into the world. When they did, against the odds, fall pregnant, they stepped onto a path that would have a truly eyebrow-raising conclusion …

When Jennifer Medlock and partner Eric were told it was highly unlikely they could conceive a child, they were determined to fend off the doubts.

Eventually, with the help of fertility treatments, Jennifer was able to fall pregnant with a little girl.

Two years ago, they successfully delivered said girl, Annabelle. At 9lbs 10oz at birth, she was heavier than the average newborn (who weighs in at around 7.5 pounds).

The couple, from Arlington, Texas then got pregnant a second time, and so prepared to add a boy to their growing family.

Before the birth, Jennifer figured he was going to be on the large side. She thought he could come out as heavy as 10lbs. She had no idea, of course, that baby Ali – born via Cesarean-section – would astound those who helped deliver him.

Ali actually broke records at the Arlington Memorial Hospital when he arrived. At almost 15lbs, ‘little Ali’ is nearly twice the size of the average newborn!

14lbs 13oz was Ali’s official birth weight, making him the heaviest baby to date at the Arlington Hospital. Jennifer told CBS News: “It doesn’t matter how big he is, I’m so blessed to have him.”

What a way to announce yourself to the world!

If you’re happy to see Jennifer and Eric able to have a healthy family, share this article on Facebook.