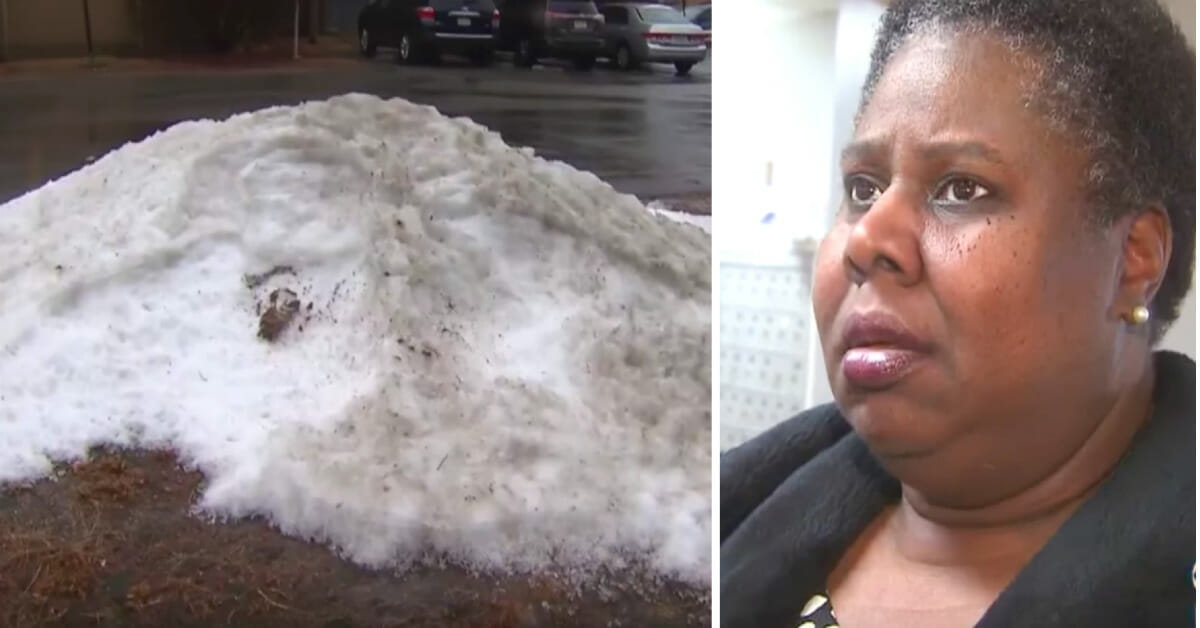 When I was growing up, I was always warned never to get into a stranger’s car under any circumstances.

Of course, times change, and whilst it’s still advisable to know the person who’s going to be driving you, services such as Uber and Lyft have propelled us into a new age of vehicle-based trust.

Furthermore, it’s not that uncommon to catch wind of stories wherein drivers have gone well above and beyond their mandate in becoming vigilant citizens who look after the passengers they’re carrying …

It’s one such story, taking place in Worcester, Massachusetts, that went viral recently.

Ashton Mazyck is a behavioural therapist who works with children by day, but he drives for Lyft in his spare time. He was at the end of a shift at 3am on a particularly cold January night, when he came upon a startling discovery.

After parking in his building’s car lot, he spotted what he initially took for a small animal shivering in the cold by the lobby door.

Upon approaching, however, he realized it was no small animal. Instead, he was left speechless when it turned out to be a 2-year-old girl.

Ashton’s first action was to call his mom, Vida Mazyck, who lived inside the same building. He asked her to bring down a blanket, before the two of them took her inside.

“Her feet were numb,” Vida explained. “I kept saying, ‘Does this hurt?’ And she couldn’t feel me rubbing her feet.”

The Worcester Police soon arrived on scene and rushed the 2-year-old to hospital. It would later transpire that the child was being watched by her grandmother as her mom was on a night shift.

The toddler had somehow slipped from the house while the grandmother slept, only to huddle beside the building’s entrance, which is where Ashton found her.

Ashton told local media: “I don’t know how long she was out there, but I’m just definitely thankful, you know, that I was there when I was.”

We’re so thankful Ashton was in the right place at the right time!

Share this story to pay tribute to a man who definitely saved a little girl’s life.