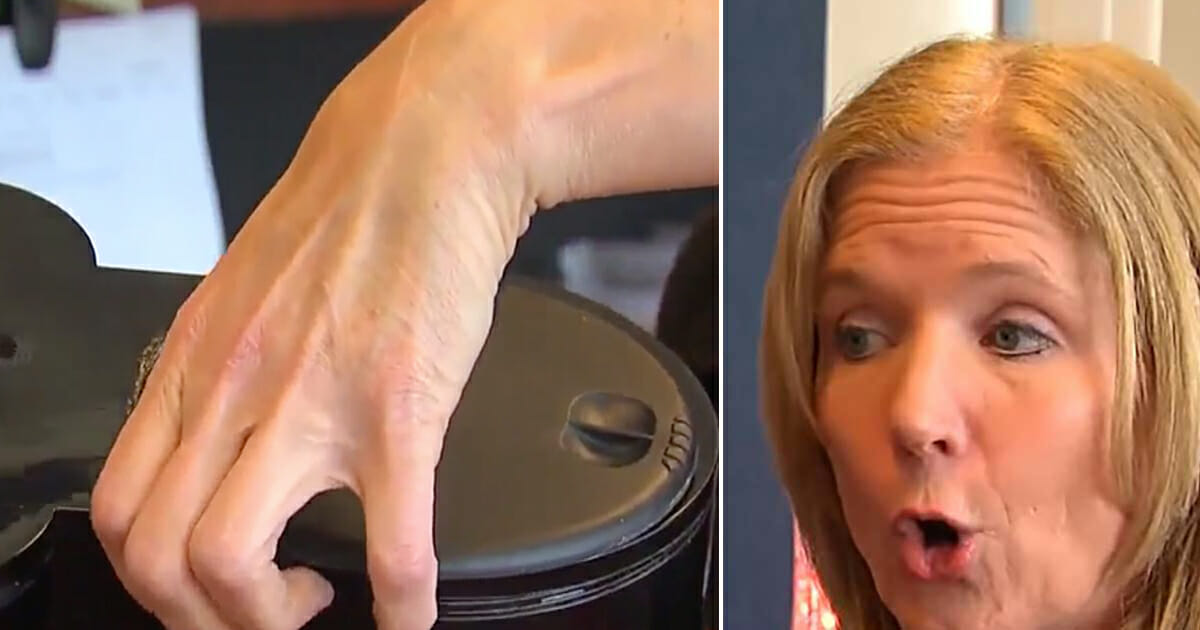 Let’s just accept it; most Americans get through their day with the help of coffee.

Black, white, strong, weak … it doesn’t matter how you take yours, only that you do.

For most people, it gives them the boost they need to get through the day. But what happens when your daily cup of the good stuff makes you sick?

For Stephanie Brauns this appeared to be the case. The mother, from Michigan, had been struggling for six months with drinking her morning cup. Eventually, she decided to take a closer look inside her coffee machine. What she found is truly haunting…

Even before she started digging around, Stephanie knew there was something wrong.

She usually drinks her first cup of the day at home, but had found it bearing some nasty side effects of late.

She told WXYZ News: “It’s interesting because I always have my coffee at home, and within three sips, I sometimes have severe reactions.”

Within minutes of drinking coffee in the morning, Stephanie would be struggling to keep her breakfast down. Having put up with the conditions for six months, she decided she had to do something.

So, she thought she’d start with her coffee machine.

The very moment Stephanie pried the top off her machine and looked inside at the contents, the room began to spin.

She discovered a putrid layer of calcium build-up, left to grow over several years, as well as a brown substance that appeared to be mold.

Stephanie explains: “It was horrifying. Horrifying, was my reaction.”

Stephanie’s now doing her best to warn others to clean their coffee machines, having realised that her manual didn’t carry any instruction to do so.

Whilst some coffee makers are easy to clean, models like Stephanie’s are exceptionally difficult. She says it’s “impossible” unless you dismantle it; something she hasn’t yet been able to do.

You can watch a news report on Stephanie’s horrifying discovery below:

A warning if anyone needed one: Make sure you clean your coffee machine regularly, unless you want to be ingesting things similar to Stephanie!

Help us spread the word about this often simple task that many people forget to do. Hit the SHARE button to warn family and friends on Facebook.