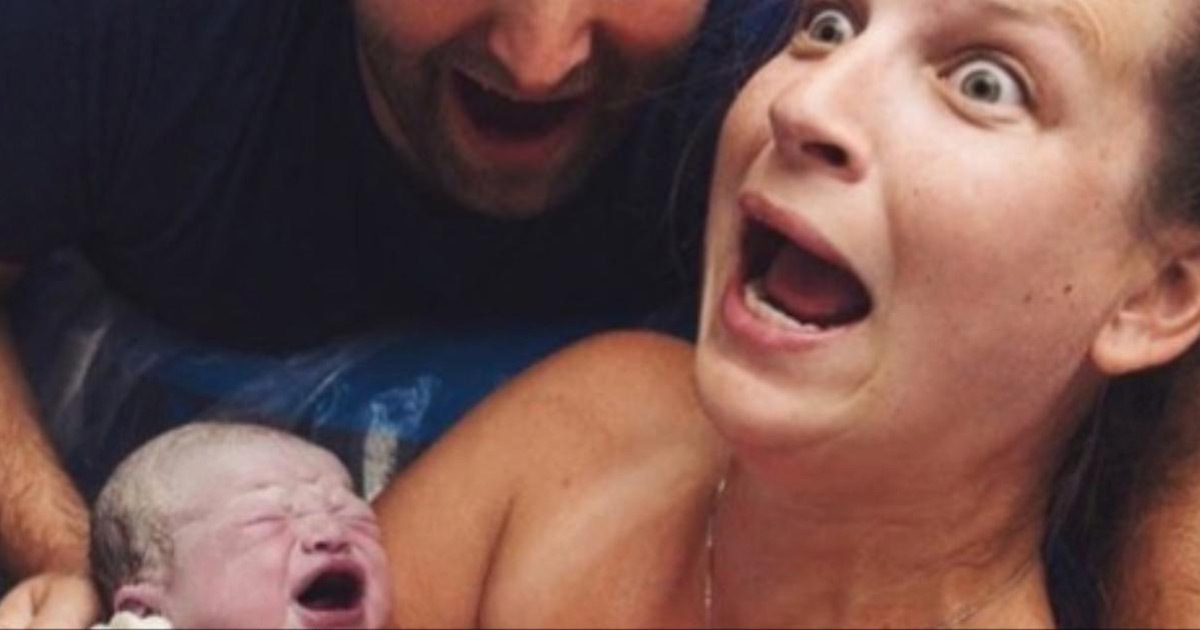 One of life’s greatest joys is becoming the parent of a little girl or boy. Or maybe one of each, as many people hope for…

And this is exactly what Kim Guiley had always wanted. The California resident was already the mother of a lovely daughter, so when she became pregnant for the second time, she kept her fingers crossed for a boy.

Kim decided that she didn’t want to know her child’s sex in advance, but during the course of pregnancy, she became more and more convinced that the baby inside her was another girl.

Together with her husband, Travis, Kim started preparing for a daughter. They chose a name and were completely prepared to raise another daughter. But when Kim gave birth, it was nothing like she and Travis had predicted…

The birth, which took place at home in a bathtub, was successful. But when Kim picked up her newborn baby to look between her legs, she was stunned.

It turns out, she was a he.

“After a lifetime of dreaming about one of each, but months of feeling so strongly that we were having another girl, this is the moment we discovered Theo’s sex,” Kim wrote on Instagram.

Kim’s birth photographer Susannah Gill took a picture of her amazing reaction, and it captures the new mom’s surprise perfectly.

“I was overwhelmed by shock and joy, as you can see,” Kim Guiley told the Daily Mail.

Check out this clip of the event:

The picture really says it all. It’s something the family will never forget. Please share this wonderful, surprising moment with your friends on Facebook!