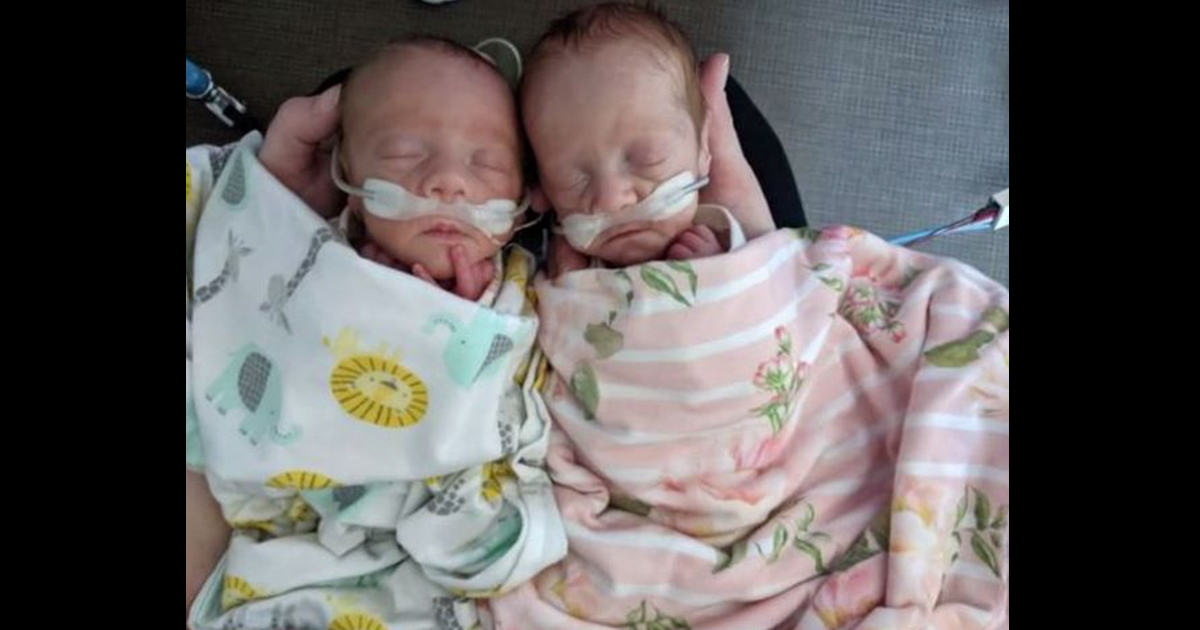 Welcoming a baby into the world is a truly special experience, and one that any parent can agree is a life-changing one too boot.

Now, I myself don’t have twins, but I can only imagine that giving birth to two babies instead of one is every bit as magical, if not more!

That was certainly the case for Heather Perry, of Lake Park, Minnesota, who welcomed twins Olive and Ashton earlier this year. What made her experience incredibly unique, however, was that they were born in different months!

Yes, you read that right.

As per reports, Heather’s twins were due in May, but in February, just 25 weeks into her pregnancy, her waters suddenly broke.

Heather was hospitalized and monitored. Weeks later, the labor began.

“That evening, I woke up feeling a lot of pressure, and I knew she was coming,” the mom explained.

Baby girl Olive arrived on February 24, weighing just 2 pounds and 4 ounces. Her birth happened so fast, that her father, Chris Perry, missed it.

Here’s where it gets strange though. Doctors realized that Olive’s twin brother, Ashton, was quite ready to be born, so they waited.

Heather even went into the neonatal intensive care unit to hold Olive, with Ashton still inside her.

“Every time I would hold her, he would kick around in my stomach, like he just knew that she was up there but he was enjoying his extra space to sprawl out,” Heather said.

Finally, five days later on March 1, Ashton followed his sister out into the world.

“It’s going to be a good story to tell at school, and everyone they meet they can tell that story to,” Chris said.

Just think that these twins were born in different months! It’s so crazy, but God really does work in mysterious ways.

Please, share this article on Facebook to wish the twins well, and so that more people can read this interesting story!