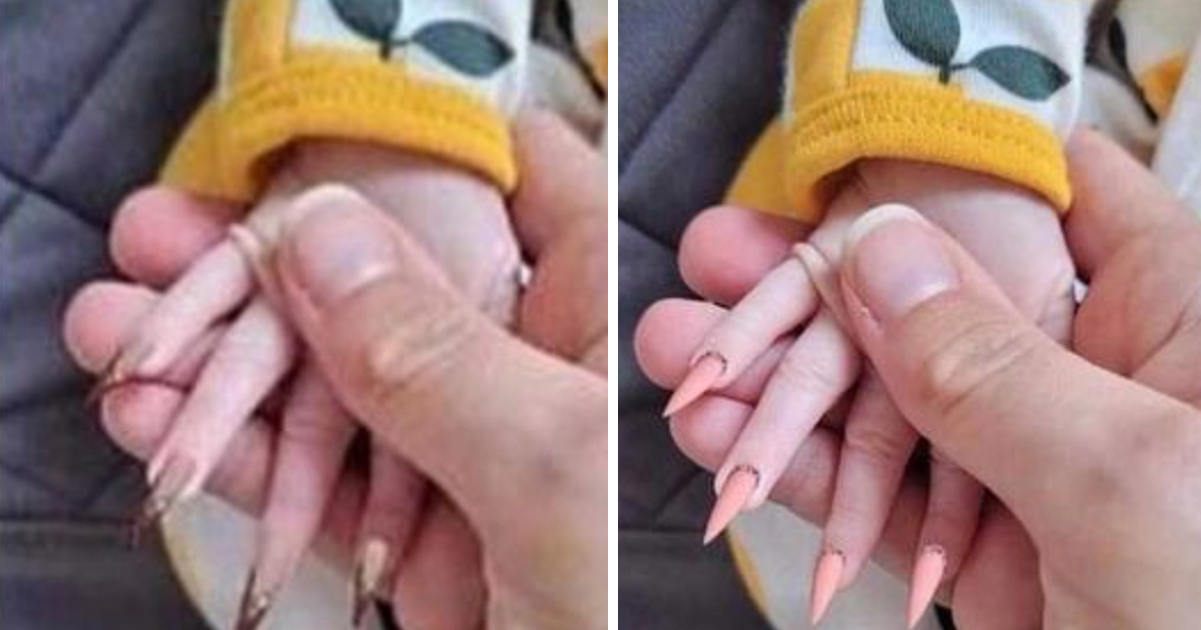 There is no right or wrong way to raise a child (within reason, of course). When we become mothers and fathers, we step onto a journey of learning that nothing can really prepare us for.

What doesn’t help is that we live in a time where everything we do is analyzed and often criticized by someone or other. It feels like everyone has an opinion to share, and a lot of them online, leaving many people afraid to potentially put a foot wrong.

Clearly, though, that wasn’t a worry held by one mom, who has been widely condemned for giving her baby a full-blown manicure, before uploading the results to the internet for all to see.

According to the Daily Mail, the images originated on Facebook, and feature the baby in question with long, fake nails in a stiletto shape.

“I can do you babies nails. PM for info. Cheap rates,” the original poster captioned the images.

Now, we must point out – as others have already done – that there’s a chance the images of the baby’s hands have been Photoshopped, but, as others still have highlighted, that doesn’t mean people won’t now try and copy this alarming ‘trend’ for real.

Soon enough did the images make their way over to Twitter, where any number of people commented on the potential hazards associated with giving a young baby nails like the ones shown in the picture.

One person tweeted: “I could understand painting a babies nails, but giving them fake ones? It’s too dangerous! They constantly are touching their faces, so it could really do damage to their eyes. It’s better to wait until they are a lot older.”

Another commented: “No just no. One the babies nail is so thin this can damage it for later in life. And honestly it’s just stupid.”

A third said: “Especially like the ones shown I mean why would you want sharp things that your baby would put in their mouth and possibly swallow. It’s just no no no no no no no nooo.”

There were also those who pointed out that an unknowing baby could easily poke themselves in the eye with nails like that, thereby potentially doing damage.

Needless to say, we would strongly advise against applying any sort of fake nails to your baby’s fingers.

As a mother or father, you have a right to do what you think is best for your child, but it’s always important to remember that their safety should come before any superficial trend.

What do you think about the pictures above? Should any baby sport such ludicrously long nails? Let us know your thoughts in the comments box.