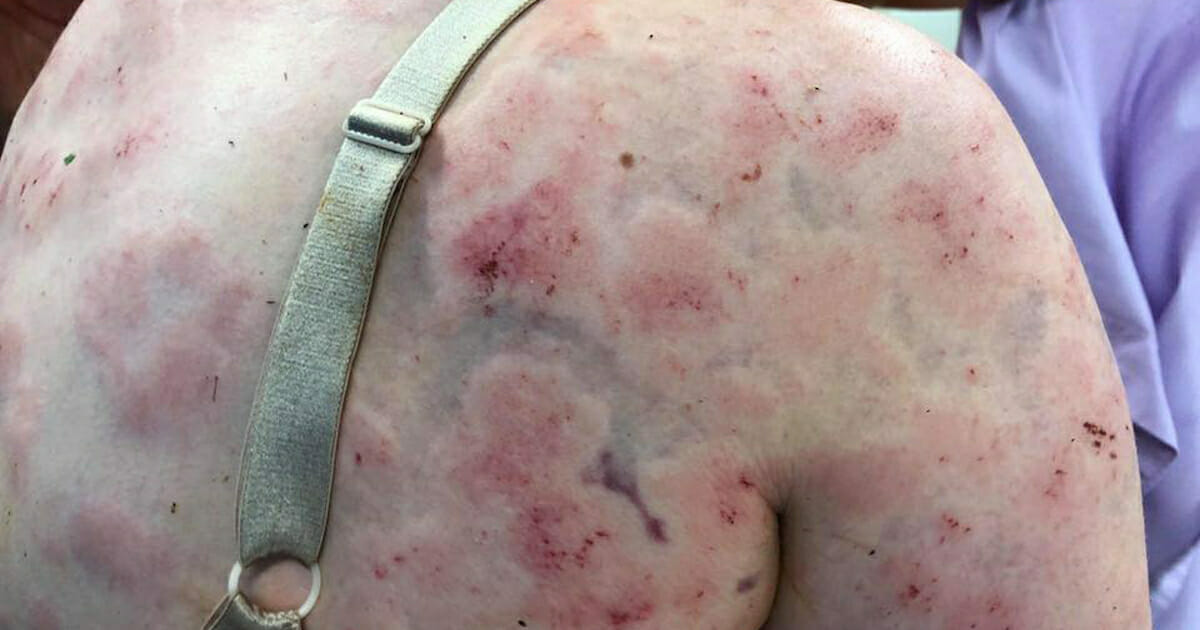 Mother Fiona Simpson is a true heroine. When a sudden hail storm struck this week, she did everything in her power to protect her daughter, who would undoubtedly have died were it not for her brave actions.

Now, she’s chosen to share pictures of how she looked after being trapped in a storm of epic proportions along with her grandmother and daughter.

Fiona Simpson was driving with her daughter and grandmother through southeastern Queensland, Australia, on Thursday when they were caught in the middle of a hail storm.

Hail the size of tennis balls began to fall from the sky.

Fiona was forced to drive off the road and had to shelter her infant with her own body. The hail was so huge that car windows were smashed, as per Australia’s 9 NEWS.

The tennis ball-sized hail rained down relentlessly, and despite Fiona’s actions her daughter was struck in the head. The three of them were admitted to hospital when the storm had subsided, but fortunately none of them suffered life-threatening injuries.

“I’ve learnt my lesson, never drive in a hail storm.”

“I covered my infant with my body to stop her from getting badly injured.

“My entire back, arms and head are badly bruised. I’m just so relieved that my daughter and grandmother are alright.”

The post quickly became a viral hit, with many kind people offering tips on how Fiona might lessen the swelling and bruising on her body.

I’ve learnt my lesson today, NEVER drive in a hail storm! We parked on the side of the road when the storm got to heavy…

How lucky that Fiona, her mother and baby were OK all things considered, escaping without severe injury.

Share this article to pay tribute to Fiona … she’s a true hero!