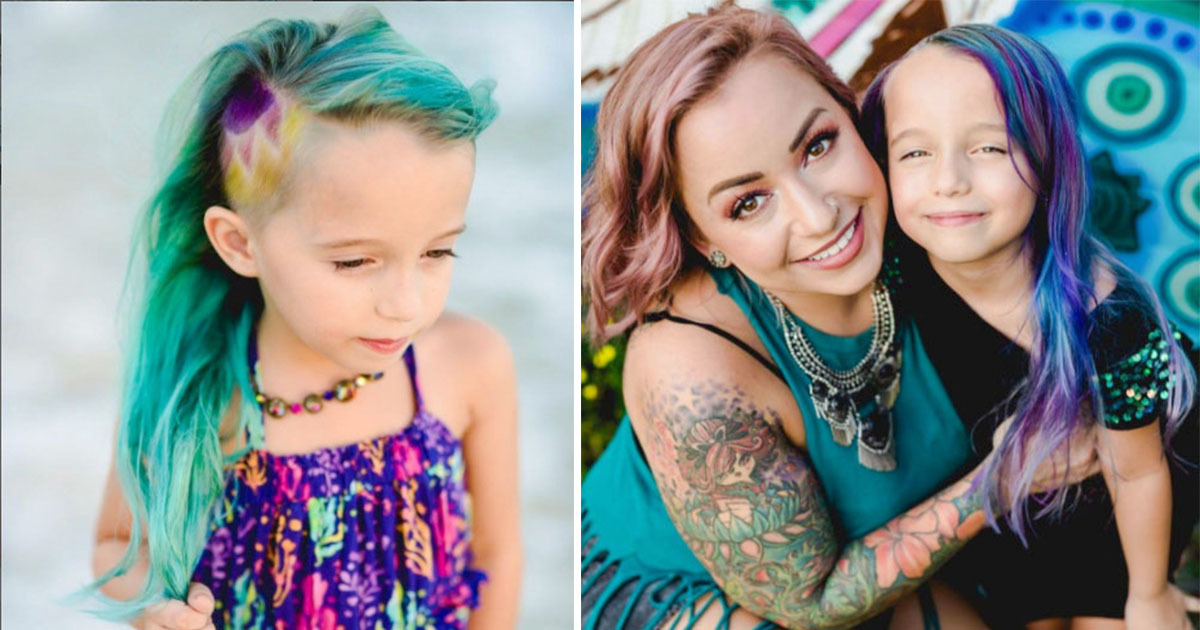 After hairdresser Mary Thomaston dyed her 6-year-old daughter’s hair, she posted pictures of the results on Instagram. But what she didn’t expect were all of the critical comments that quickly received like: “Looks beautiful, but she’s only six years old and her hair is already destroyed! What will happen when she is a teenager then??”

But instead of deleting the pictures, Mary responded to all of her critics. And her messageis not only something to think about, it’s also inspiring.

Mary Thomaston is a hairdresser and her 6-year-old daughter, Lyra, loves to take advantage of her mom’s job. When Lyra asked her mom if she could dye her hair purple, blue, and yellow, Mary said no. But Lyra kept asking, and eventually, her mom couldn’t resist. She dyed Lyra’s long hair in her three favorite colors.

When Mary showed off her proud daughter on Instagram, she quickly received a torrent of judgmental comments. Among other comments, one person wrote, “I would never let my baby do this. She can wait until she is older,” and another wrote, “Sometimes we forget they’re little and not a little doll.”

Although Mary told her followers that the dye is non-toxic, temporary, and safe for children, her critics continued to attack.

It was then that Mary decided to respond to them on Instagram:

“Dear Haters, I have this weird goal of raising self confident, self assured children, who know and feel the freedom of self-expression. So when my child asks for blue hair, I tell her how much I like her choice and how beautiful she is,” Thomaston wrote. “I am not sure how you are raising your children, but keep your unwelcome opinions to yourself in regards to my child rearing. You do not like blue, cool, say so. You don’t like rainbow hair, cool, say that. These things are opinions you are entitled to, your disrespectful comments about my child are not. Oh, and keep your negativity off my page next time.”

Now, Mary has received lots of comments from people who support her decision to let her daughter look how she wants to look. And based on the pictures, I have to say, little Lyra is beaming with confidence.

Please share if you also think that children should be allowed to express themselves in whatever way they want as long as they aren’t harmed.