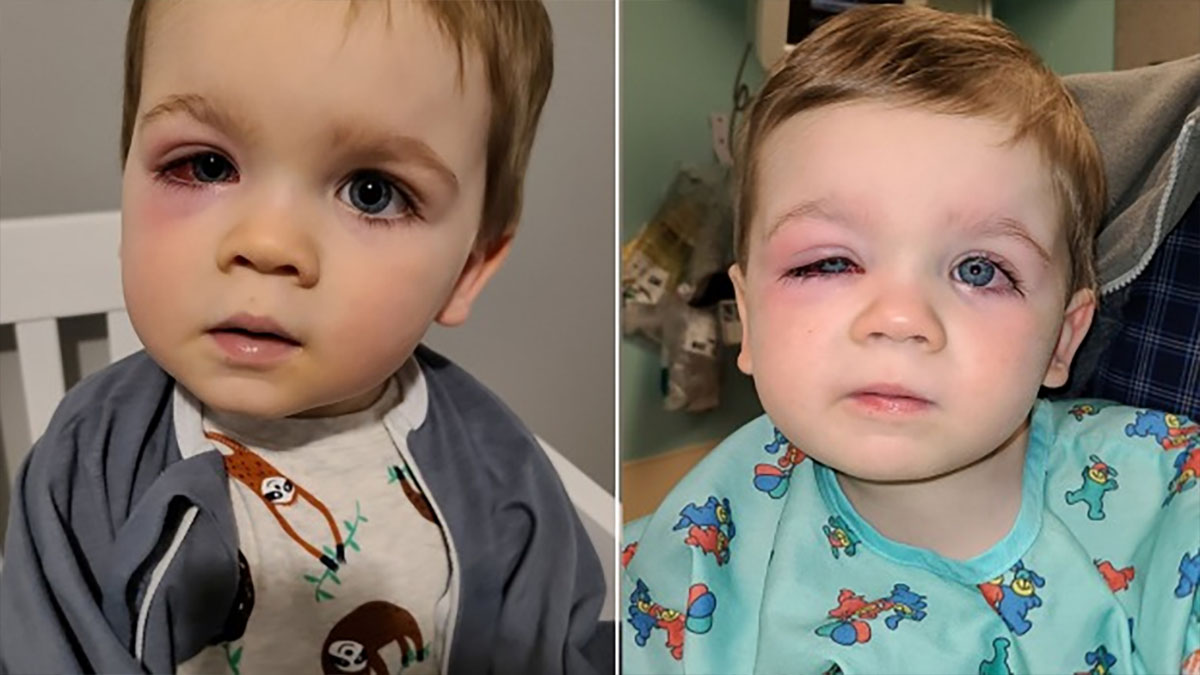 For most kids the end of the day means bath time and the more toys in the bath the better.

But one Illinois mom is warning parents that a seemingly harmless bath toy can be dangerous to kids after a horrific injury left her young son facing the prospect of losing his sight.

Eden Strong was giving her 2-year-old son Baylor a bath when she noticed that his eye was irritated. She put it down to getting water in his eye but after his bath Baylor’s eye got worse.

Her son had suffered cellulitis, a potentially serious bacterial skin infection. In just 12 hours his eye went from pink to infected.

“His eye was protruding from his face,” she said in a Facebook post, which has since gone viral. “It was very obscured. He was running a raging fever.

“I cried the entire drive to a larger hospital, praying that he wouldn’t lose his eye.

“The next week was pretty scary. He had severe cellulitis that eventually spread down his face and to both eyes. They warned me that he may lose vision in the worse eye, but in the end, thank the Lord his eyes healed.”

“I came to find out later that because the water is never fully expelled from those types of toys that they can just grow bacteria that you can’t stop,” she said.

Eden posting shocking pictures of her son’s injuries on Facebook to warn other parents, the post has since been shared by 192,000 people. Eden was inundated with other parents’ pictures of their children who had experienced similar issues.

Strong said she hopes manufacturers will take this issue into consideration when producing bath toys.

She has since thrown all Baylor’s squeezable toys away.

“I think those toys especially are cute. They’re fun. They’re cheap and they’re easy, but it’s not worth it.”

What a fright this family went through, I’m so glad Baylor has recovered.