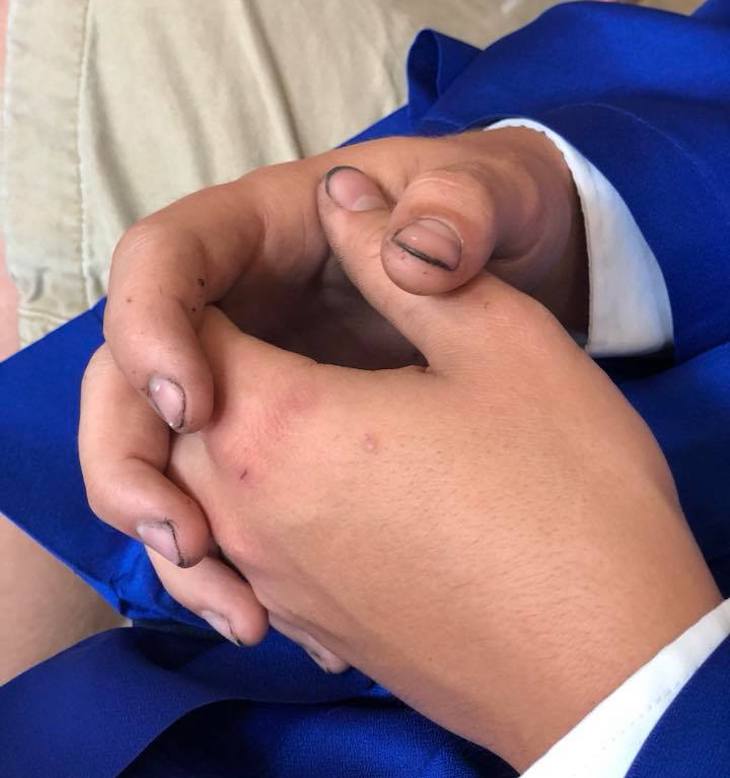 When we welcome children in the world, we promise to give them the sun and the moon.

But as costs rise, responsibility grows and children grow, it becomes harder and harder to afford new toys, make travel plans and buy them new clothes.

Mother of five Cassandra Lane knows this reality better than most others.

She has long had a hard time getting her finances together, even though she’s tried everything to reduce her costs and lives on a tight and very strict budget.

Unfortunately, this is made more difficult in a world where ‘things’ give status and money seems to mean everything.

But no matter how much money Cassandra and her family had, the mother knew that the love for her children was the most important thing she could ever give them.

It was nevertheless sometimes difficult to keep it together and stand strong with others around appearing to live dream lives, with big houses, nice cars and plenty of money.

So even though Cassandra feels confident in her role as a mom, she broke down one afternoon after speaking to her son Zeke.

Zeke was preparing to take pictures for his school’s annual yearbook. Cassandra shared their emotional conversation with Love What Matters.

“Earlier this week we went to get Zeke’s senior yearbook pictures. On the way, I noticed his hands. Working hands. Hands that look familiarly like my dad’s work-stained hands and like Brandon’s in the early years of our marriage.

I told him not to worry about it because they were doing headshots. I was wrong.”

“As we sat in line, I notice kids in letterman jackets with their class rings. And I notice Zeke’s stained hands. I began to tear up. Have I given him everything a parent should give to their child as he has grown up? He works out in the heat, 30-40 hours a week during the summer. He didn’t want a class ring or a letterman jacket. He didn’t get a new car. The mommy comparison game tells me I didn’t show him how much I love him with things. I left there feeling bad about myself and how we have raised our son.

I’ve been reflecting the last few days and crying a lot, honestly. I apologized to Zeke and he laughed at me. He said, ‘Why are you sorry? Because you’ve taught me to work hard for things I want? Because I know the value of a dollar? Because I’m not going to think that I deserve to have everything I want?”

And my sister reminded me that the best things in life aren’t things, but relationships, and any shortfalls in my parenting are covered by God’s grace. So, mama’s, if you’re struggling with the parenting comparison game, just know that God gave you the babies you have because he wanted you, YOU, to be their mama. Not someone else.

I am beyond proud of Zeke, who has taken his brother shopping for a canoe today, using his money that he earned in a vehicle that he fixed with his own hands and gas he paid for by himself. I’m not ready for Zeke to grow up, but I think he’s well on his way.”

Being ashamed or having a bad conscience because you can’t give your children the latest smartphone or trendiest clothes is just awful. Is this really the world we want to live in?

Luckily, there are still healthy and wonderful families who manage to surpass this!

Instead of being upset about what he did not have, Zeke is pleased to have a family that taught him about the wonderful things we can get for free in life.

What’s also certain is that there is nothing to be desired with anyone who remains a child their whole life and never learns to do things themselves!