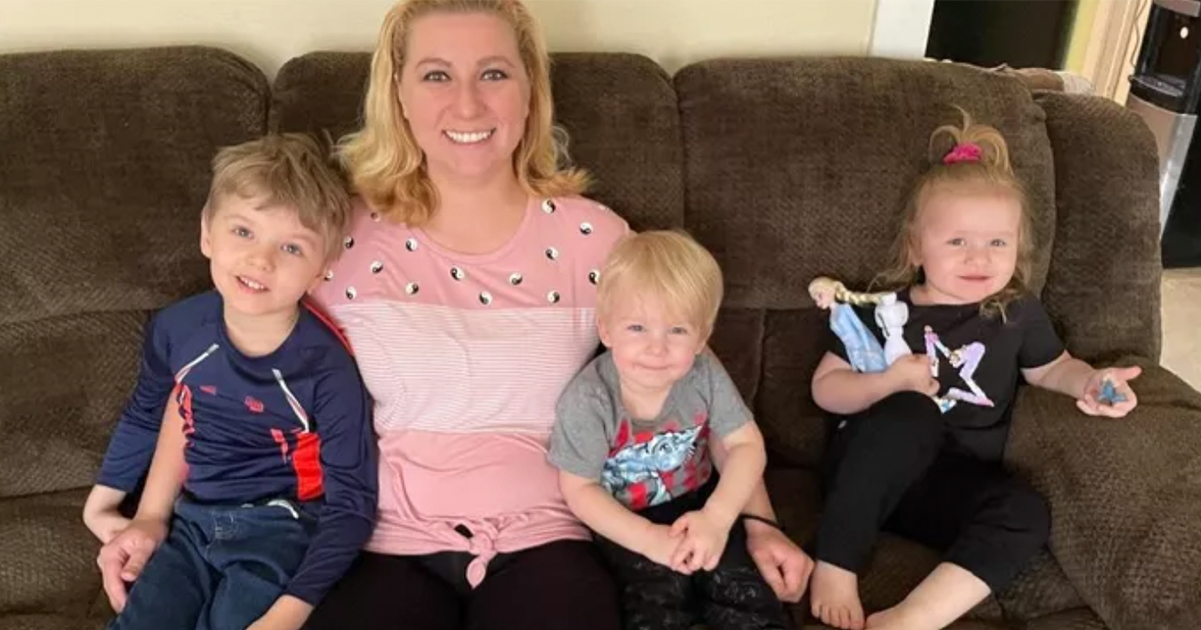 A grieving Chicago mother has spoken of her heartbreak after her husband drowned their three children because he knew that would “hurt” her “the most”.

Debra Karels, who is doing her best to come to terms with the unimaginable loss, said: “He took them away from me, because he knew that would hurt me the most.”

As per CBS News, the children were found dead at their father’s home in Round Lake Beach on Monday. Members of the local community gathered on Wednesday at the Round Lake Beach municipal building to pray for Debra.

“My children were absolutely amazing. They were three beautiful little souls that didn’t deserve this,” Debra said.

Prosecutors say 35-year-old Jason Karels, Debra’s estranged husband, confessed to murdering his children on video, revealing in detail how he drowned them one by one.

Debra and Jason were in the midst of divorce proceedings.

Debra said: “He always said he would never do anything to the kids. You know, I never thought anything of it, and I have regret every day of my life that I let him see those kids, because I would have never thought that he would have done something so tragic like this.”

Debra added that her children, 5-year-old Bryant, 3-year-old Cassidy, and 2-year-old Gideon, were the most important thing in the world to her, and that Jason knew that.

“The most important thing to me were the kids, and he knew that,” she explained. “He knew that nothing mattered but those children, and he took them away from me, because he knew that would hurt me the most.”

Still, the grieving mother told how she could never have anticipated her husband doing something like this.

When she arrived to pick her children up on Monday, Debra found their lifeless bodies lying on a bed inside the home. Authorities revealed that a letter had been left for Debra, reading: “If I can’t have them, neither can you.”

Jason was arrested on Monday after leading police on a high-speed chase across several highways. He claimed to have attempted to die by suicide multiple times after murdering his children.

She described 3-year-old Cassidy as “the sweetest girl in the world”, and said her youngest, Gideon, “was momma’s boy.”

A GoFundMe page has been set up to help cover the funeral expenses. At the time of writing, it has raised over $76,890.

My heart bleeds for Debra and the rest of her family who are mourning the loss of three beautiful angels.