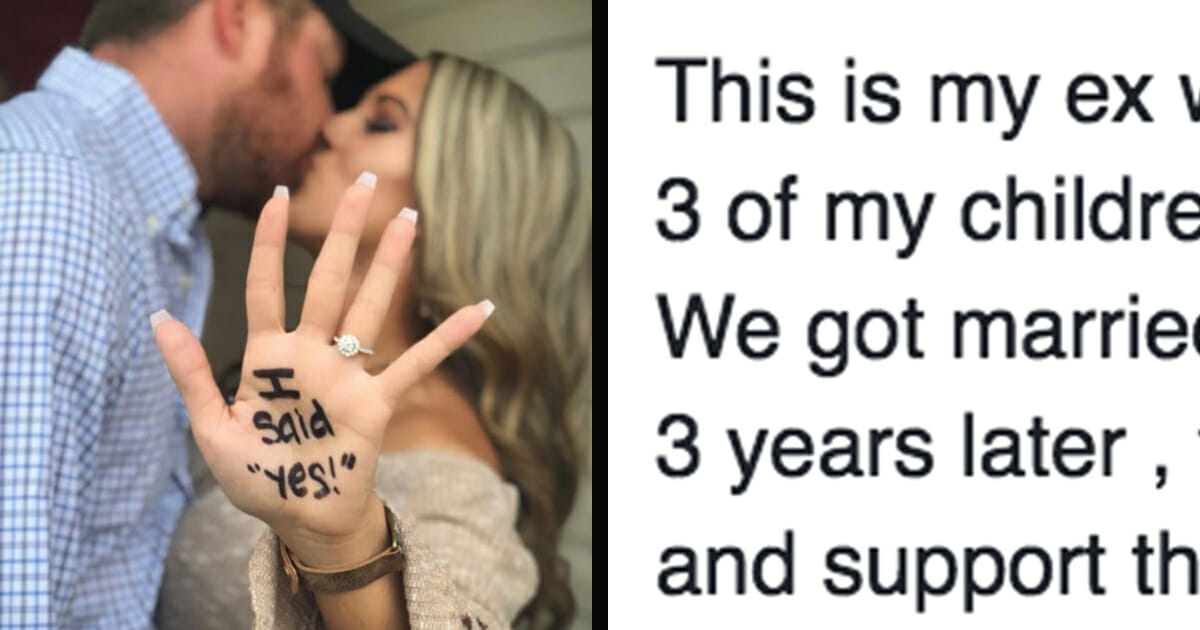 In an ideal world, when two people separate nothing will survive but fond memories and a mutual agreement to let each other move on.

Of course, we don’t live in an ideal world, and virtually all of us will have witnessed incidents of bitterness when it comes to exes – be it with our friends, family or even ourselves.

Fortunately, there are those who accept that some things just aren’t meant to last forever. Blake Higginbotham, a small business owner and father of three young children, is one of these people.

After seeing his ex-wife’s outpouring of happiness in the wake of her fresh engagement, he took to social media to share his thoughts. As it happens, they’ve since gone viral …

According to Blake, he and ex-wife Heather Higginbotham married young. They went on to have three children together, but their marriage sadly ended in a troublesome divorce.

The road thereafter was a rocky one; it took them years to iron out their problems in a way that made co-parenting not only possible, but also productive for their kids.

Three years after their divorce, Heather announced via Facebook that she was engaged to a new man, and Blake’s response has sent ripples across the internet.

You see, Blake understands that just because things didn’t work out between two people as a couple, it doesn’t mean they can’t as a mom and dad.

“This is my ex-wife. The mother of my 3 children,” Higginbotham wrote.

“The woman who brought all 3 of my children into this world.

“We got married young, had 3 beautiful children and had a bitter divorce. 3 years later, that relationship is different. We share the kids evenly and support them in everything they do. We act as a team.”

This is my ex wife. The mother of my 3 children. The woman who brought all 3 of my children into this world. We got…

Blake went on to praise his ex-wife’s soon-to-be new husband, stating: “The man she’s with is a great guy. He’s great to my kids and they love him to death. As a father, I couldn’t ask for anything more.

“To anyone divorced, I encourage you with all of me to try and look at this from a different angle.

“Just because you didn’t workout as husband and wife doesn’t mean you can’t be mom and dad.”

Since it’s upload, Blake’s post has spread around the internet like wildfire, garnering the attentions of parents and couples everywhere. It’s not difficult to see why, of course; just because it’s natural to feel bitterness towards someone who you’ve fallen out of love with, doesn’t mean it’s impossible to move on and gain fresh perspective.

As it turns out, Heather was able to read Blake’s post, and responded in kind. 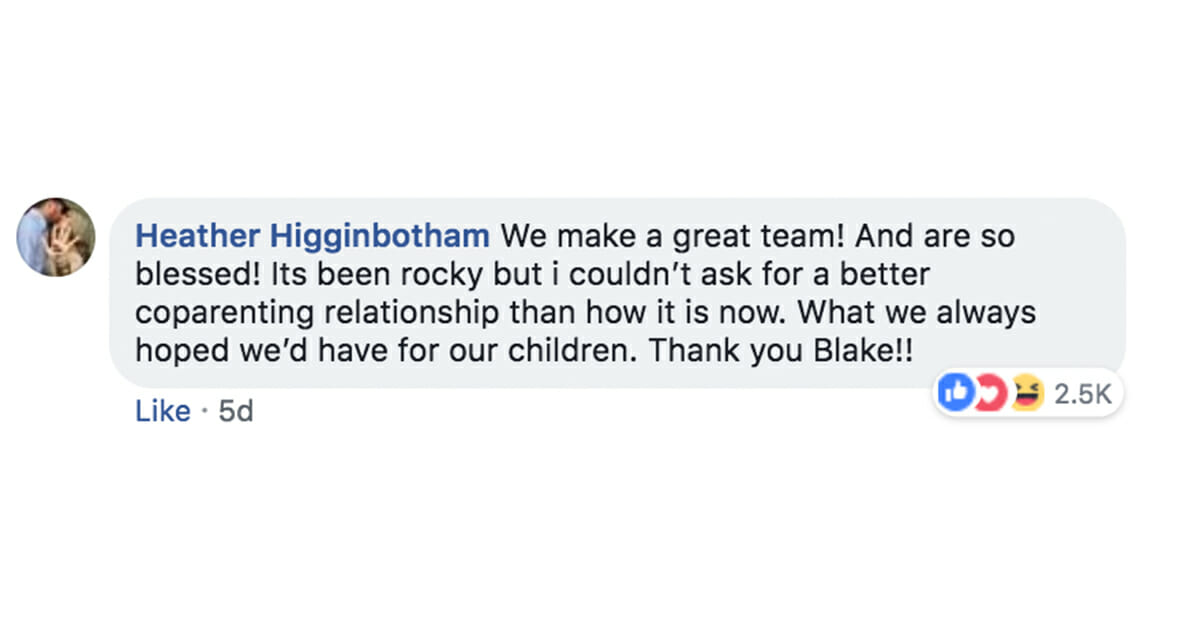 We’re sure you’ll agree that this heartwarming story should be read by all. If everyone reacted this way when their ex found new love, the world could be a much happier place.

If you agree that what Blake did was outstanding, share this article so more people can learn from his example!