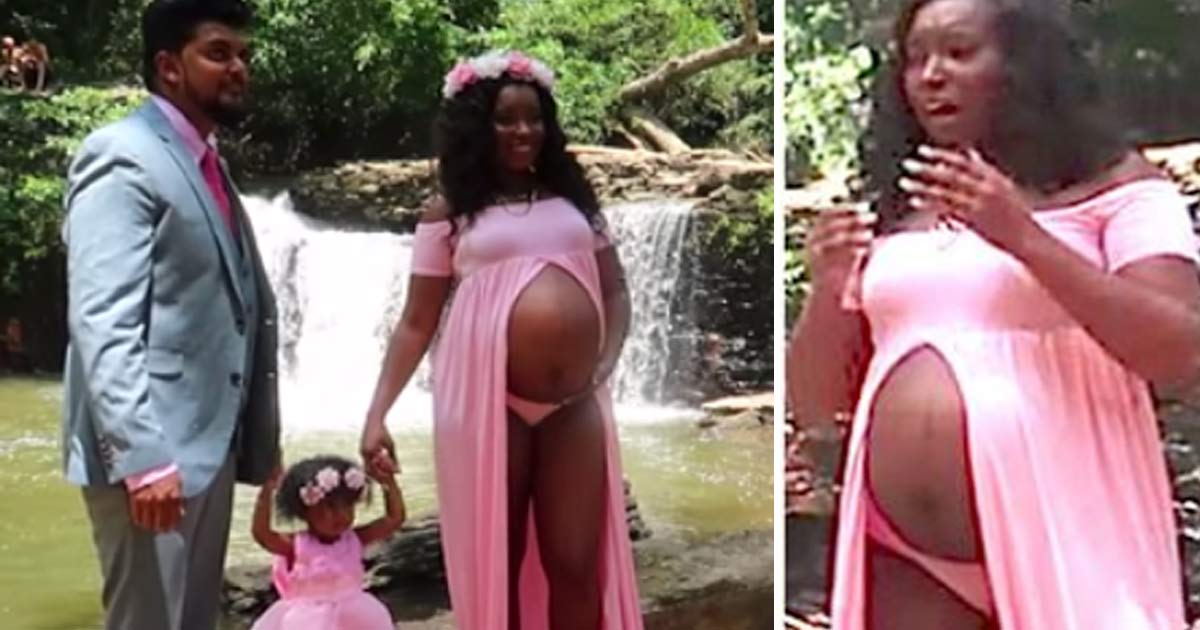 Having a child is one of the biggest things you can do in life.

Jazzy and Rich were expecting their second child together, and were excited to get to know the little person growing in Jazzy’s belly.

Before it came time for Jazzy to deliver, however, the couple decided they wanted to take some nice pregnancy photos so that they could remember the experience properly.

Their idea was that they could have the photos to pass on to their children and grandchildren; a token of a truly happy time in their lives.

Only, the photoshoot didn’t quite go as Jazzy had planned …

In preparation for the shoot, Jazzy had selected a lovely pink dress she wanted to wear.

Her young daughter Reign also donned a dress to match her mother. Before the shoot, Jazzy had her makeup done as well.

Concerns about the weather

Both Jazzy and Rich had been worried in the days preceding the shoot. They were concerned that the weather would be their undoing, as it had been raining heavily. However, when the day arrived for the shoot, the clouds broke apart and the sun was given its chance to shine.

The family of three headed to the location they’d chosen; a picturesque spot with a beautiful waterfall providing the backdrop.

At that moment, Jazzy believed she was simply attending the photoshoot they’d been planning for so long. She wasn’t to know that Rich had planned something else entirely …

Digging in his pocket

It started off with the photographer taking the usual pictures of the couple and their daughter. Then, all of a sudden, the photographer paused and asked Jazzy to wait a moment before the next picture was taken.

At the same time, Rich stood behind her, digging in his pocket to retrieve a little velvet box he had hidden away. Then he dropped down on one knee.

In the video below, you can see Jazzy’s reaction. I’d advise grabbing the tissues … it’s certainly a tear-jerker.

Now that’s what I call a surprise! If this video warmed your heart, please share it with your friends and family on Facebook.