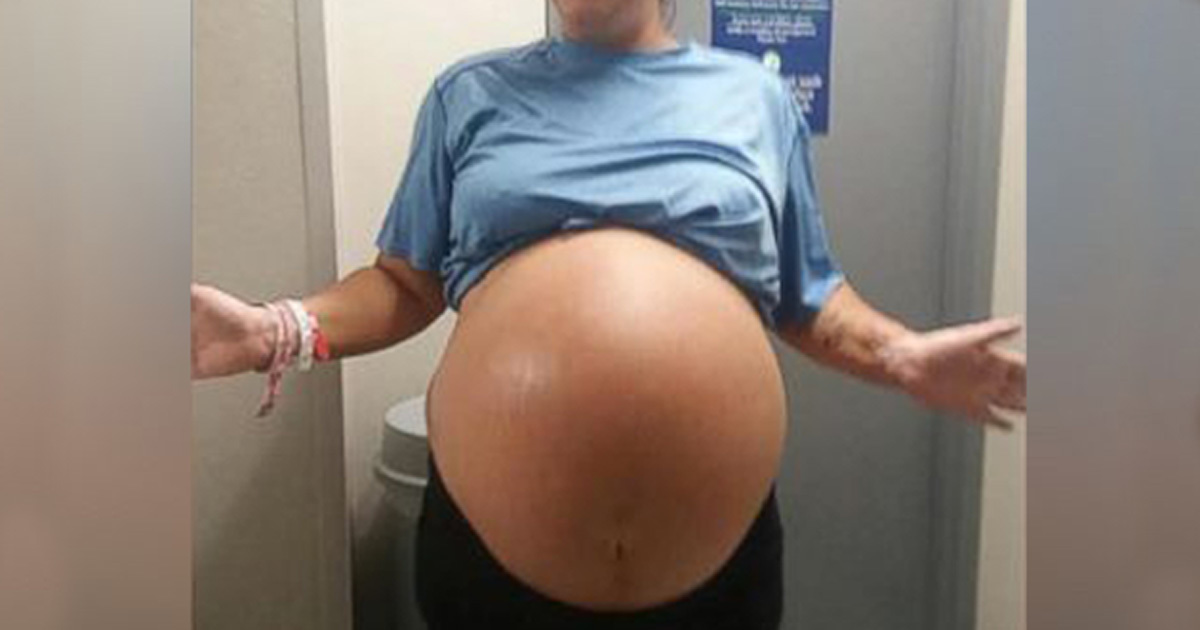 When 29-year-old Chrissy Corbitt became pregnant with her fourth child, she thought she was totally prepared and an expert by now. She’d done it three times before, after all.

But little did she expect that her belly would continue to grow, and grow… and grow.

And when her baby daughter finally came out, mom had the shock of her life.

“I couldn’t believe it. It was like I delivered a toddler,” the mother later told Inside Edition.

Carleigh was born through caesarean section one week before her expected due date. When the nurse weighed the baby girl, everyone hurried in the room – it was the biggest child they’d ever seen in their ward. Carleigh’s weight was a sure record.

Both mother and daughter were well following the delivery. But the family quickly realized that they had to re-think Carleigh’s clothes. None of the items they’d purchased would fit her, so Chrissy had to exchange much of what they’d bought for much larger sizes.

Newborn Carleigh, in fact, needed clothes that would normally fit a 9-month-old baby.

Aside from her size, Carleigh is like any other adorable baby.

“She’s just a happy baby, she smiles all the time,” Chrissy said. “I can’t get enough of her.”

I’m so glad that everything went well for both mother and child during childbirth, despite Carleigh’s size. What a shock for the family to welcome a 13-pound baby into their lives!

Were you also a huge baby, or do you know others who were? Share this article with them!