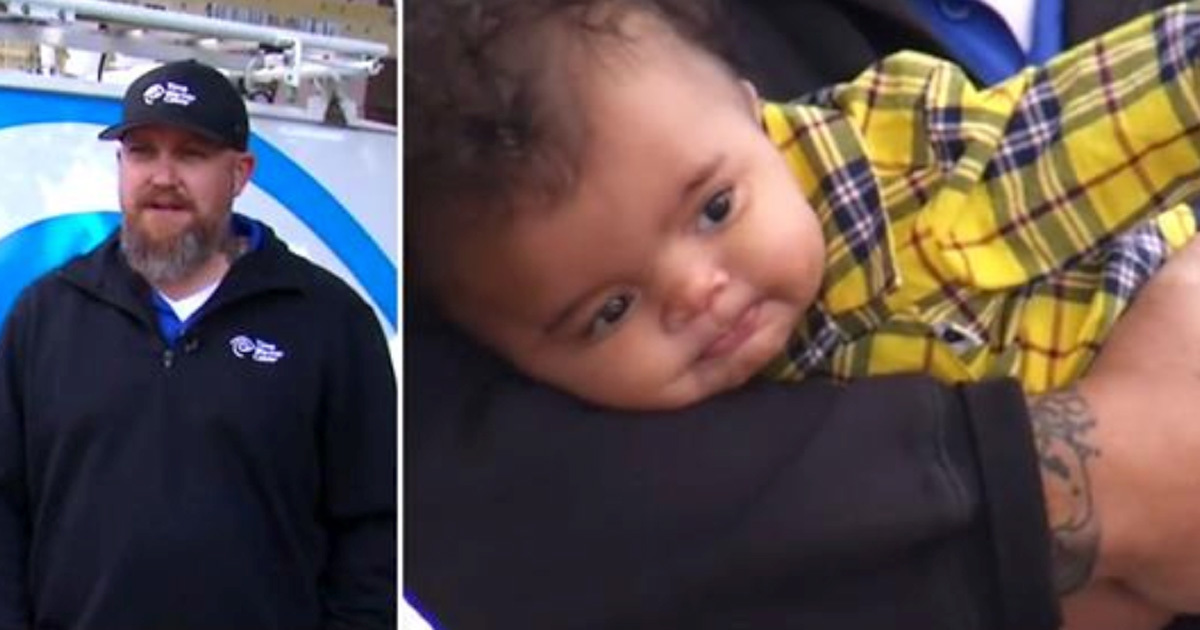 As a parent, you’re constantly aware that your children might hurt themselves.

But no matter how careful you are as a parent, you can’t monitor every step your child takes. And if an accident does happen, you might not know how to react.

Angela Sanders was home alone with her five-month-old son Dakota. The toddler was in his bouncy chair when suddenly, Angela noticed something different about him.

Dakota wasn’t breathing and his face had turned blue.

Angela didn’t know CPR and she was terrified that she was going to lose him. She panicked and screamed for help out the window.

Luckily, cable installer Daniel Craft was in his van outside Angela’s apartment building and heard her.

Daniel rushed inside and found little Dakota lying lifeless on the floor.

Daniel, who has CRP training, immediately noticed that the toddler was having difficulty breathing.

“I propped his head back and he was still blue, so I thought there was something in his mouth or he was choking. I put my finger in and swept it through his mouth to clear his throat. As I pulled my finger out, I still had my ear down there and I heard him starting to gurgle and his stomach just raised. He started breathing again,” he tells Fox 28.

Then, Daniel stayed with the baby until the ambulance arrived.

Dakota was rushed to the hospital, where doctors discovered that he had a ruptured hernia, which caused a seizure. And if Daniel hadn’t helped Dakota breathe again, the toddler probably wouldn’t have survived.

“He is a hero. I am grateful he saved my baby,” said Angela.

Dakota recovered at the hospital and is feeling fine again. We don’t even want to think about what would have happened if Daniel wasn’t there!

Perhap, it was fate that placed him in the right place at the right time.

As for Angela, she took a CPR class and is ready if anything happens to Dakota again.

Please share this story to remind your friends and loved ones to take a CPR course. You never know when you’ll be called upon to save a life!