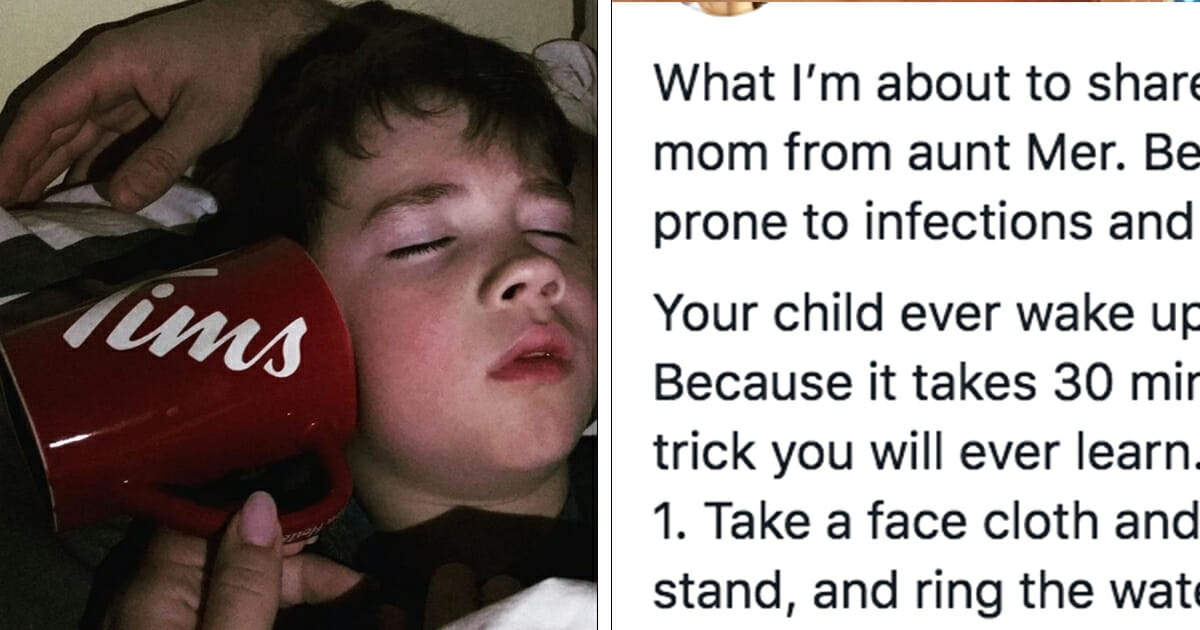 If you’ve ever raised a child – or are indeed in the process of doing so – you’ll know they can contract illnesses and sickness like a magnet attracts metal.

It’s a frustratingly peculiar thing, that they so often seem to fall ill at the worst possible times. Perhaps it’s on the eve of a vacation, or maybe they’re going to vomit when you’re stuck in an elevator with nowhere to go.

Fortunately, the birth of social media has paved the way for all sorts of home-made remedies to be shared amongst the masses. No longer does one have to visit the pharmacy or doctors every time their child contracts a problem – now, commonly, an old house wife’s hack is simply a few keyboard strokes away.

One such trick, which has gone viral the world over, comes courtesy of a mom who claims that her secret earache remedy is infallible. Does your child suffer from earache? Do you know someone who might benefit from knowing the simple way to stop it? Read on below …

The mom in question, Echo Featherstone, created all sorts of confusion when she uploaded a picture of a sleeping boy with a mug propped against his ear.

Strange? You bet … from the outset at least. When you hear what’s inside the mug, however, a “family secret” is unearthed.

As Echo points out, it can often take as long as 30 minutes for pain meds to kick in when your child is complaining of earache. With this nifty trick, however, you need not wait …

The mom’s step-by-step instructions reportedly soothe ear pain quickly, and they’ve been spreading around the internet like wildfire.

As per Echo’s instructions …

1: Take a face cloth and heat it up in water as hot as your hands can stand, and ring the water out.

2: Place the hot wet face cloth in a mug.

3. Place mug in the microwave for 20 seconds until the cup is warm and cloth is burning hot.

4. Place open end of mug on your child’s head, around the ear- being careful the hot cloth does not touch your child’s ear.

According to Echo, the pressure from the mug helps to relieve the built-up pressure inside the ear, thus causing the symptoms – including the pain – to abate.

What I’m about to share with you, is a coveted family secret given to my mom from aunt Mer. Because as a child/ teen…

It must be said that Echo’s advice seems to have gone down rather well. Her post currently has 260,184 shares, whilst it’s been liked 57,000 times.

Well, I’m certainly going to pass this on! What a great thing to know.

If you have a child, or know someone who does, share this article on Facebook to spread something that could help thousands!