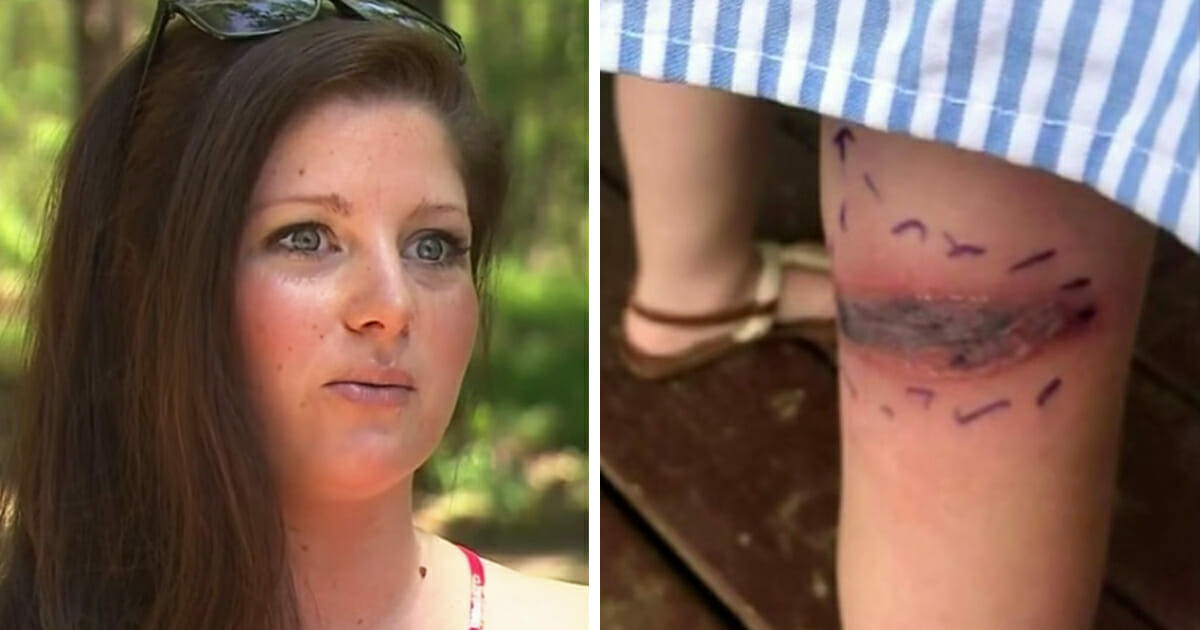 It was enough to make mom Kristine Donovan react, and luckily so.

Keeping a watchful eye out for things that don’t seem normal is an important practise. Anyone doubting that need look no further than this particular story concerning a family in the U.S.

In an interview with CBS Boston, said family opened up on a terrifying experience they had two years ago.

It was on the back of her daughter Kailyn’s knee that Kristine Donovan first noticed a small, bluish-purple mark.

In the first instance, she thought it simply a common bruise. After all, it’s not out of the ordinary for a child to get one. Since 5-year-old Kailyn is often out playing in the yard, her mom assumed she’d maybe fallen.

Kailyn’s parents kept an eye on the site, though, and it’s fortunate they did. It wasn’t long before the bruise had turned black.

It transpired that the little girl had been bitten by one of the most venomous spiders in the world.

“She never felt it bite her,” a surprised Donovan told CBS Boston.

“It could have been in her jeans in the location where it bit her, we just don’t know.”

Kristine, unaware of the severity of her daughter’s injury, decided she could go to school a few days after she noticed the bruise. Her daughter wasn’t showing any symptoms and didn’t feel ill.

Yet when the phone rang during the day and staff told Kristine that Kailyn had developed a fever, her parents knew something had to be done.

Kailyn’s mom and dad drove her to the hospital. With the mark turning black, they quickly understood their daughter might have a more serious problem than first feared.

With Kailyn at the hospital, her family were finally given the answers they were looking for. Their daughter had been bitten by a black widow spider, the venom from which can be reportedly 15 times more potent than that of a rattlesnake.

Fortunately, Kailyn was treated and is now recovering with antibiotics and frequent dressing changes.

“She had a very distinctive bite, which was very scary for her parents and of course the doctors, too,” Dr. William Durbin, pediatric infectious diseases specialist  at UMass Memorial Medical Center said.

According to CBS, as many as 2,000 people fall victim to black widow bites every year in the United States, though it’s extremely uncommon for such bites to result in death.

Kailyn’s parents, meanwhile, are aiming to get their story out to as many people as possible, in the hope that others notice the signs of a black widow bite and seek the proper medical attention.

One should always trust their gut instinct when it comes to their children and potential injuries/sicknesses. We’re thankful Kailyn’s case ended up positively, but it could have been far worse.

Help us get the message out so we can help more people.