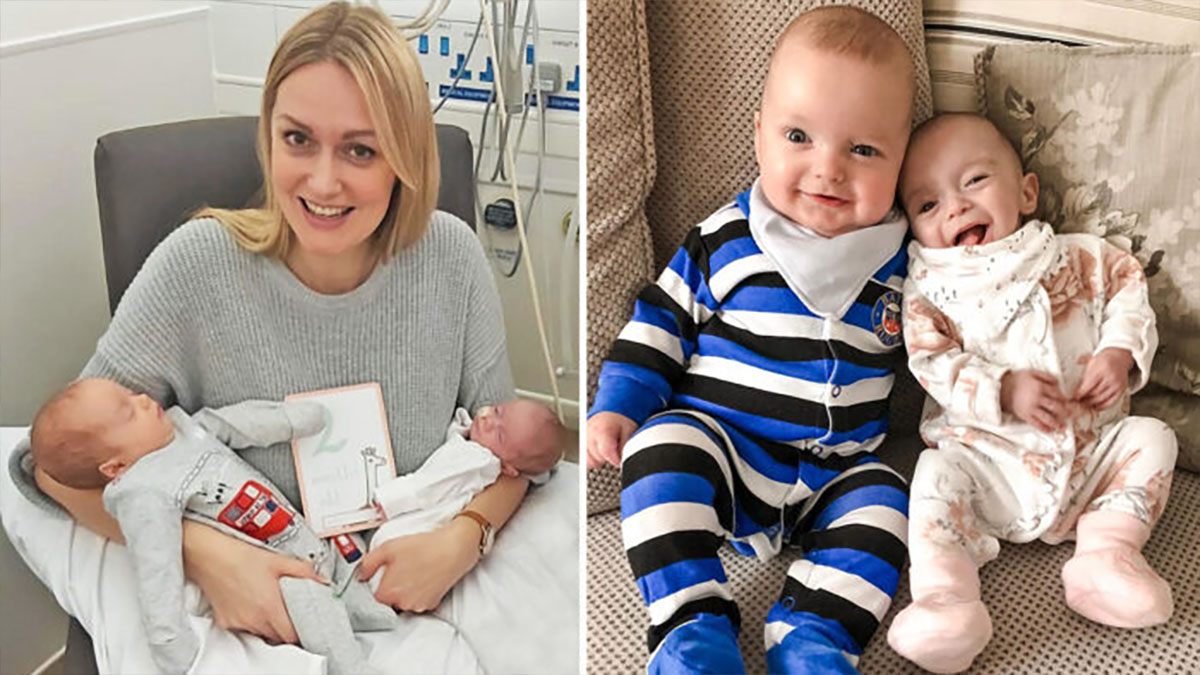 Like any mom to be Rebecca Roberts was thrilled when she found out she was expecting a baby.

The 39-year-old from Bath, England, had a check up and everything was normal. But when she went for her 12-week scan she was given some shocking news.

Rebecca discovered that she was actually carrying twins and judging by the size of one of them, this had not happened simultaneously.

“I had just been having a conversation with the sonographer about my previous scan so she was aware that I was only having one baby so she was so silent, I thought something awful had happened because she didn’t say anything,” Rebecca said, as per The Sun newspaper.

“Then she looked at me and said did you know you’re expecting twins.

“My heart skipped a beat, I actually said to her is this real?”

Rebecca had become pregnant with daughter Rosalie while already carrying her son Noah.

Rebecca experienced something called a superfetation, a rare occurrence which usually happens to women having IVF as Rebecca did.

It’s the formation of a fetus while another fetus is already present in the uterus. This is not only rare but considered by some as impossible as while a woman is pregnant her body and hormones usually prevent another pregnancy from happening.

Rebecca said her husband Rhys, who was waiting for Rebecca outside while she was having her scan due to coronavirus restrictions, was equally shocked.

Baby Rosalie was smaller than her brother but still growing at a healthy rate.

Despite being conceived three weeks apart Rebecca had her twins the same day. Noah weighing 4lb 10oz and Rosalie weighing 2lb 7oz were born via C-section on September 17.

Rosalie was transported to a nearby hospital where she spent 95 days in intensive care.

Rebecca said: “We feel really lucky, it’s so lucky to have twins anyway but to have such special twins, it’s so lovely, it’s wonderful, they are a blessing.”

I’ve never heard of this happening before; such a wonderful blessing for these two doting parents.