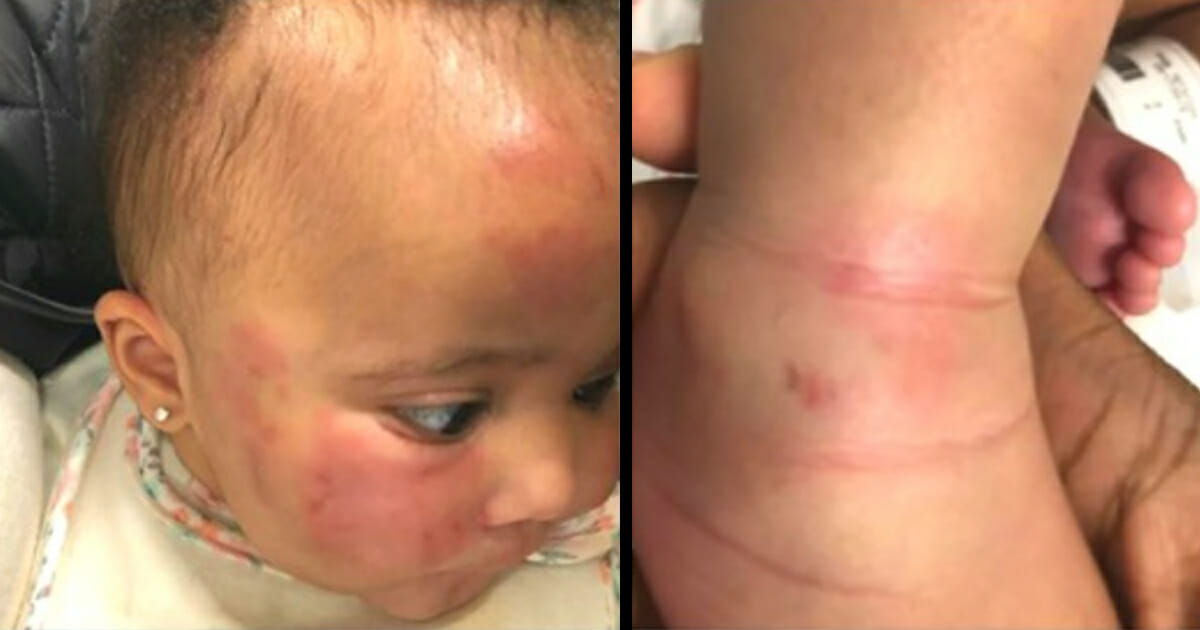 I can remember the first time I dropped my baby off at daycare; all the nerves, all the anticipation, all the worry. I would have given anything just to ensure she was okay and returned to me safely.

It’s nothing strange. After all, for many of us, daycare represents the first time we’re away from our babies continually for a prolonged period of time.

When 23-year-old Anari Ormond, of New Jersey, selected her daycare provider back in October, she thought her baby girl Zuri Rose Camara was going to be in good hands. Sadly, the opposite was true.

When at work one day in November, Anari got a text from her daycare provider reading: “Hey Anari. Call me on your lunch.”

The mom knew something was awry. She called the daycare provider directly, only to hear news she couldn’t have expected in her wildest nightmares. She was told how Zuri had been bitten by a two-year-old boy three times on the stomach.

Anari was shocked. Little did she know, however, that there was more to come.

“I left work immediately and went there and when I got there I was stopped at the door with a completely different story,” she explained.

“Now she told me that she ‘went upstairs to get Neosporin and fell down the stairs holding Zuri.’”

According to Anari, the bruising on her baby’s stomach does resemble bite marks, but Zuri also had marks all over the rest of her body. The child suffered injuries to her face, too, including bruising, swelling and scratches.

She explained: “Especially when I’m paying (darn) near $800 a month for you to take CARE of my daughter. I’ve been very calm and quiet thus far to allow the investigation to take its course but I literally can’t sleep or eat and probably won’t until my daughter receives justice in the form of charges, shutting the center down, ANYTHING.”

The daycare was later shut down for operating without a license, according to CBS.

Anari doesn’t want any other parent to have to go through what she did. She told PEOPLE: “I was shocked and heartbroken. She was just sitting there. She wasn’t laughing or smiling.”

After the incident, Zuri was rushed to St. Barnabas Hospital where she was diagnosed with mild concussion and treated for her wounds.

“We went straight to the hospital. They did a CT scan of her head immediately just to make sure there was no head trauma,” Anari said.

“There was no internal bleeding. On the X-ray, nothing showed up and they did an X-ray of her leg, but couldn’t see any fractures but that may have been because her bones are so tiny.”

Anari headed to the police station after having her daughter medically examined. The case was investigated by Newark Police Department’s Prosecutor’s Office, Special Victims Unit and Child Protective Services.

The owner of J & A Nursery was identified as Lisa Muhammad. She was charged in court for running a daycare without a license and Muhammad also also received citations for “fire escapes not being present, health codes that she violated,” according to CBSNewYork.

The young mom, however, blames herself. She said: “I felt so weak knowing that my baby is so helpless and couldn’t defend herself nor tell me what even happened. I’ve been feeling so defeated. I thought I was doing the best thing for her.”

I can only imagine what a terrible situation this is for Anari, and how utterly betrayed she must feel. No child should ever have to feel anything but love and tender care.