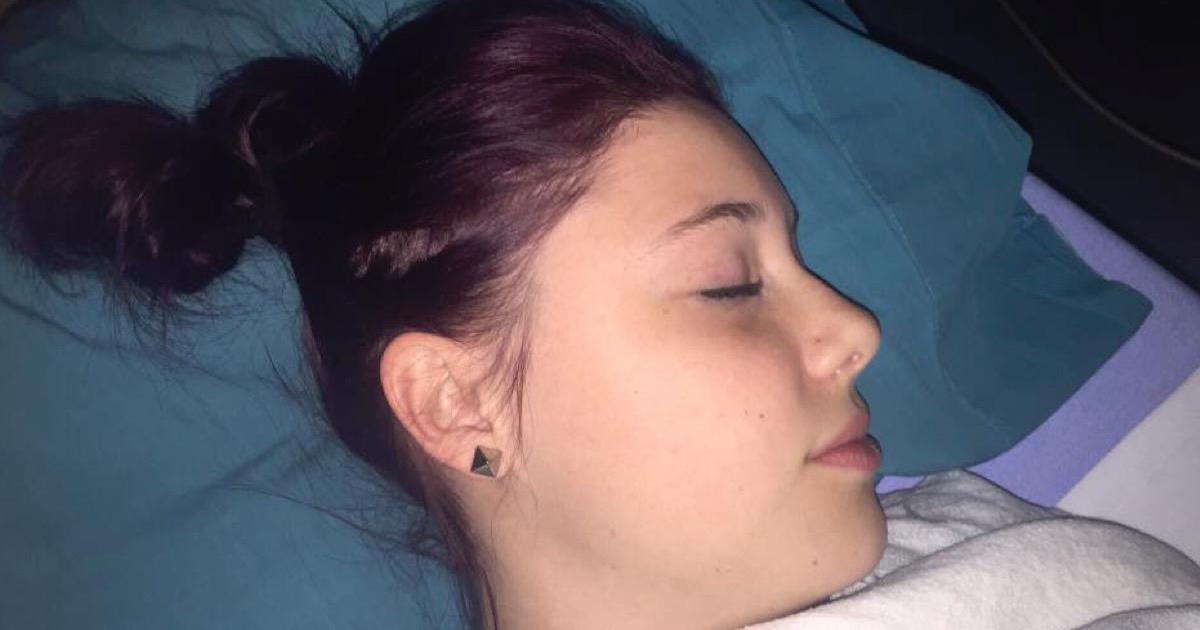 I’ve always trusted the people around me. I think most people do, and so did Catherine St. Germain from Loveland, Colorado.

After she got divorced from her husband, the 34-year-old started dating a new man.

The guy wasn’t just a random stranger, but someone Catherine had known for more than 20 years. She and her new boyfriend, Aaron Scott, fell in love and Aaron soon moved in with her and her 15-year-old daughter, Alyssa.

Aaron was a navy vet and a former police officer.

And just like Catherine, he had children from a previous relationship: one son and two daughters.

Aaron was charming, a family man, and a real romantic.

It was something new to Catherine, who had long been stuck in a difficult, loveless relationship.

The couple decided to get married, but instead of exchanging rings, they tattooed rings on their fingers.

The wedding took place on June 18, 2014 and the union was sealed in blood and ink. They were so sure of their love that having eternal signs of their union tattooed on their fingers didn’t worry them at all.

But it only took a few years before the relationship came to a devastating end.

On April 23, 2015, Catherine received an unexpected call from the police. They asked her to go straight to the station without telling her husband where she was heading, writes 9news.com.

Catherine immediately realized that something serious had happened and worried that her daughter Alyssa was in trouble.

And it turned out that Aaron, the love of Catherine’s life, had raped her daughter. The man she trusted, loved, and invited into her home had done the worst thing a person could do to a child.

Catherine barely had contact with Aaron again after the charges, even though he claimed his innocence and said that Alyssa was lying.

But when the DNA test came back, there was no doubt about it. And in order to avoid a trial, Aaron, who previously denied all the charges, accepted the punishment that the prosecutor offered him.

On January 20, 2016, Aaron was sentenced to 90 days in prison and eight years of sex offender probation.

Catherine and everyone in the area thought the punishment was too lenient. Such a terrible crime should really have a tougher punishment.

Catherine, who probably felt a lot of guilt because she had invited Aaron into her family, felt that she had to do something to try and protect other children from being molested.

She made a video and posted it on Facebook, where it’s viewed more than 63 million times.

Catherine wants to warn other parents so they can protect their children from monsters like Aaron.

The video states, among other things:

“MONSTERS and act normal. They are VERY good at hiding who they REALLY ARE. They are the people we trust with our kids EVERY DAY.”

It’s important to keep in mind that it’s never the child’s fault. If a child reveals a story about sexual abuse to you, it’s important to listen and show that you believe in them. There’s nothing worse than not feeling believed after you’ve been subjected to abuse.

If you suspect that someone you know has been abused, always contact the police.

Share this article with your friends on Facebook to raise awareness about the problem of sexual abuse against children. Together, we can help stop these monsters!