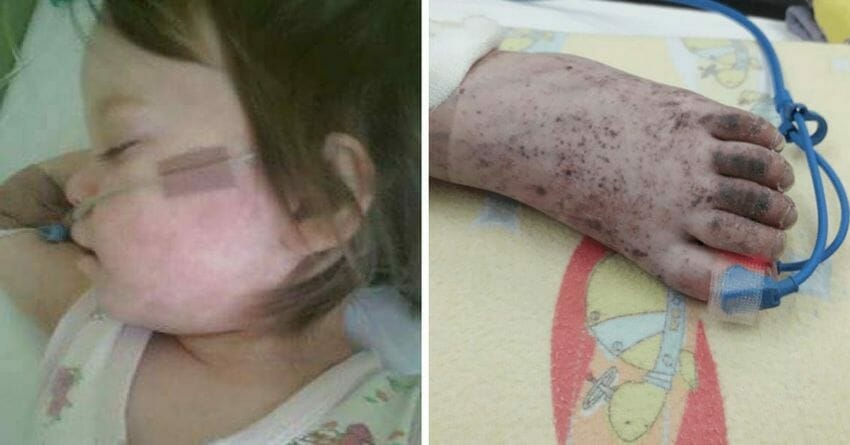 The debate continues to rage – helped in no small part to social media – over whether or not parents should vaccinate their children by way of accepting jabs at the doctors.

Conspiracy theorists argue that vaccines only exist to make pharmaceutical companies more money; that the vaccinations actually do more harm than good.

British physician Andrew Wakefield posed the most infamous argument against vaccines when he alleged in 1998 (wrongly, we might add) that there was a connection between the measles vaccine and autism.

Nevertheless, parents still use this old argument as a reason not to give their children the vaccine necessary to protect their children against measles.

Unfortunately, people often only realize the error of their ways when a serious tragedy occurs.

It’s never easy to accept when a child dies from a preventable disease – but, sadly, that exactly what happened to Dragana Petrovic’s daughter, Nadja.

Now, the mom hopes that everyone will read her story and understand the consequences of what can happen when your child is adequately vaccinated.

Dragana Petrovic spent a lot of time in and out of hospital when her beloved daughter Nadja was diagnosed with hypocalcaemia.

Hypocalcaemia involves increased levels of calcium in the blood, and is a disease mainly caused by vitamin D deficiency. Unfortunately, it can be difficult to detect.

Due to her condition, Nadja couldn’t be vaccinated like normal children. This made her ultra susceptible to potentially fatal diseases such as mumps, measles, and rubella.

“We hoped that the collective immunity would protect her,” Dragana said on her Facebook page.

Unfortunately, that wasn’t the case. Earlier this year, Nadja was infected with measles while in hospital. She caught the disease from a young boy who had spent time in the same hospital room.

Of course, it should never have happened. Once it did, however, there was very little that could be done.

When Nadja began to run a high-fever, Dragana’s heart fell like a stone in her stomach.

She realized quickly that things were serious.

“Nadja was getting tired, barely breathing, saturation at 50, swollen, nose and mouth bleeding, and blue. In the evening she was admitted to intensive care, and at 4 o’clock that night she was intubated because of a sudden desaturation, a fall in pressure and a heart attack. Resuscitation measures were taken and Nadja survived,” Dragana writes.

For three months, little Nadja’s body worked tirelessly to fight off the infection. However, in early April, she lost the fight and her heart stopped.

Now Dragana is fighting to ensure that her daughter’s death was not in vain. It’s her aim to do her best to prevent something like this from ever happening again. By openly sharing her heartbreaking story, Dragana hopes that parents will not intentionally opt to skip vaccines that could save the lives of their children.

In recent years, many of the worlds biggest countries have kept measles in check through effective vaccinations.

However, in recent years, scaremongering and propaganda has driven some parents away from protecting their child through the necessary jabs.

This, put simply, is something we have to stop.

In Dragana’s words: “I shared this story with you in order to educate parents who have doubts about the vaccination of their children. Every child has the right to be protected from infectious diseases. Nadja became a victim, giving up her own life, to show how this harmless child’s disease can endanger one’s life. Now it’s up to us to share her story so that nobody suffers like she did. My angel left me too early, but I will fight so no one forgets here and goes through what I went through.”

Failing to properly vaccinate your child isn’t just dangerous to them, it puts the lives of others at risk too.

Help us SHARE Nadja’s story and let’s fight for children’s rights to live.