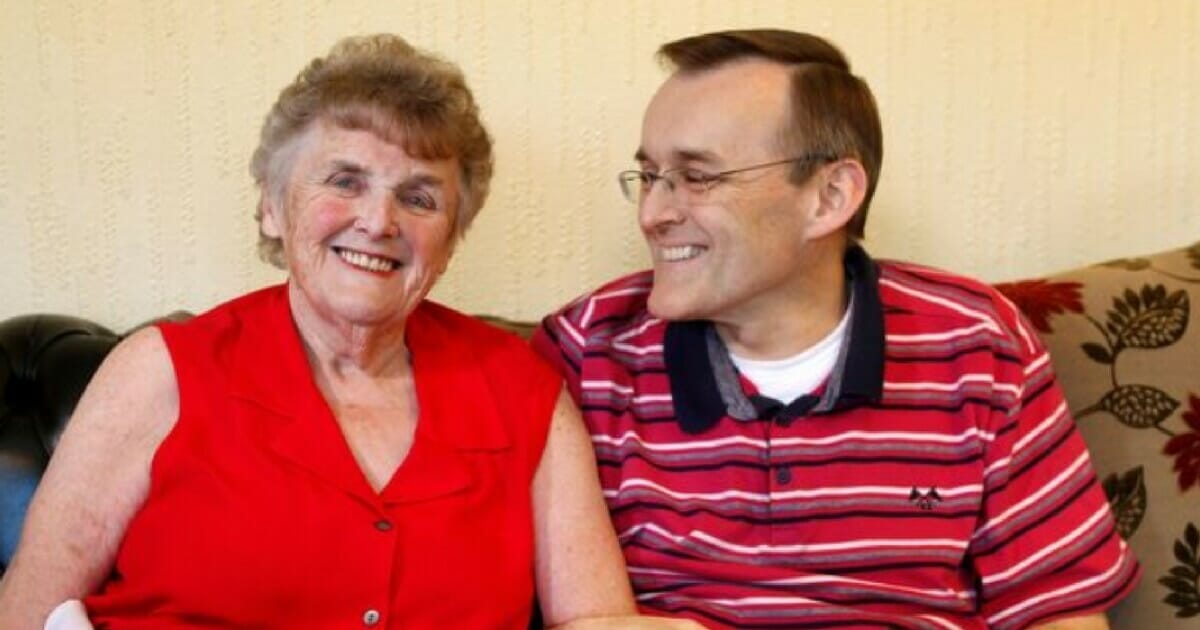 It went so far that he was forced to take her to hospital when she became a danger to herself.

The illness got so severe, that Sylvia didn’t even recognise her own son and at one point accused nurses of trying to kidnap her.

However, according to British paper the Manchester Evening News, she followed a certain diet for months and was able to regain her memory.

Maybe, just maybe, this could be a groundbreaking breakthrough in the fight against dementia…

Mark Hatzer’s father died of a heart attack in 1987, so when his 82-year-old mother developed dementia he was worried he would soon have lost both parents.

Mom Sylvia was given prescription medication for her disease, but Mark didn’t make her take it. Instead, he designed a special diet to fight the dementia, which had quickly advanced to an advanced stage.

After extensive research, Mark discovered that dementia was less common in countries around the Mediterranean. He reasoned there had to be a cause for that; that it couldn’t be coincidence alone.

He didn’t think it was the air or the heat – he was considering something completely different.

He tried to give his mother the same sort of food typically eaten in Mediterranean countries.

“Everyone knows about fish but there is also blueberries, strawberries, Brazil nuts and walnuts – these are apparently shaped like a brain to give us a sign that they are good for the brain,” Mark told the Manchester Evening News.

After months on this strict diet, she slowly began to recover her memory. It was an incredible transformation.

“It wasn’t an overnight miracle but after a couple of months she began remembering things like birthdays and was becoming her old self again, more alert, more engaged,” Mark said.

“People think that once you get a diagnosis your life is at an end. You will have good and bad days but it doesn’t have to be the end.”

The Alzheimer’s Association in Britain is positively committed to the diet that changed Sylvia. People have been openly giving their support and sharing recipes, exercises and ingredients on blogs.

“It’s amazing to see how Sylvia, along with Mark, has taken steps to create a personal plan that works well for her dementia diagnosis,” said Sue Clarke of Alzheimer’s Society.

She continues: “There is currently no cure or way of preventing dementia, but with regular mild exercise, a healthy diet and cognitive exercises, you can help manage the disease more effectively.”

Doctor Doug Brown, head of research on the Alzheimer’s Society, says they are still awaiting “evidence” from major scientific studies before one can tell for sure if a change in diet can reduce the risk of dementia and how much.

“But eating a healthy balanced diet can reduce the risk of heart disease, cancer and stroke, so it’s likely that eating healthy is a great way to care for your brain’s health as well,” Brown told the BBC.

“I did this for my mum – she has got the condition and she has done all the hard work – but if what we’ve achieved can benefit other people as well then that’s great,” Mark says.

In honor of Sylvia and Mark’s potentially revolutionary discovery, the 82-year-old has been invited to Queen Elizabeth’s annual summer party this year.

How incredible! SHARE this story to spread the word to all family and friends! We can beat this together!