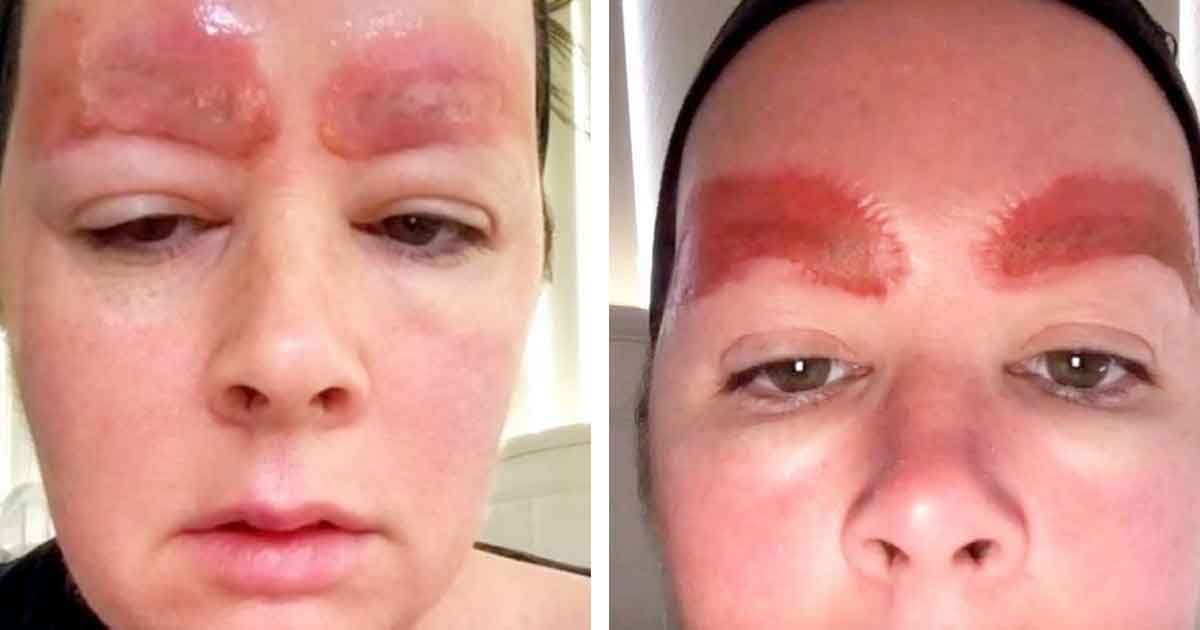 Wanting to change something to feel a little bit better is something most people do, or at least think of doing, every day.

It may be that you ask your hairdresser to completely revamp your style, or it might be as simple as choosing a shirt you’ve never worn before from your wardrobe. Perhaps it’s a small lifestyle choice you make; choosing to have a bit of cake every Saturday, or deciding to start reading a good book in the bath tub. Little adjustments like this can make us feel happier about our every day lives.

For mother of three Amanda Coats, 43, from Australia, plans to adapt her look turned into a nightmare – as per British newspaper Metro.

She wanted microblading of her eyebrows, so went to a salon last year. Her aim was to ensure they were even and finely shaped. Such treatment has become more and more common, but Amanda wasn’t to know that her decision would end up becoming a big mistake.

It turned out to be something she would never forget.

Amanda’s case has since been featured in popular television programme The Doctors, where doctors investigate a case to try and explain what could have gone so terribly wrong.

According to reports, Amanda was given instructions from the salon to keep the area around her eyebrows clean, in a bid to avoid infections and bacteria. She went home and assumed all was OK.

The next day, after waking up, she couldn’t believe her eyes. Amanda felt a burning sensation and went to take a look in the mirror.

The face that stared back at her was one of shock. The skin around her eyebrows had peeled off, and the area was infected and sore.

Skin on the pillow

“The next day I woke up and my skin had come off onto the pillow, it was red and swollen. I went to the doctor immediately because of the pain and severe swelling.

“It felt like something was eating away at my skin, my skin was peeling off. I was in so much pain.

“My eyes were so swollen I couldn’t drive – I couldn’t even take my children to school because of the swelling, the pain and the pus in my eyes.”

Amanda received medical help, but at the cost of another $1,000. After she shared her story – in a bid to warn others – the salon responsible then sued her as a result of losing customers. They claim that Amanda probably had a reaction to the pigment, or else medication she was given by the doctor, or that she didn’t follow the advice concerning keeping the area clean.

Amanda, however, is still trying to get her story out. She urges people to do their homework before they go for microblading.

“Do your research about the procedure, how it’s meant to be done and know who is going to be doing it,” she said, as per Metro.

“I want to make sure no one has to go through what I went through and that’s the reason I’m speaking out.”